The court finds no evidence to conclude that their intention was to cause a human avalanche. The prosecutor had asked for 4 years of prison for each of the nine Christians. 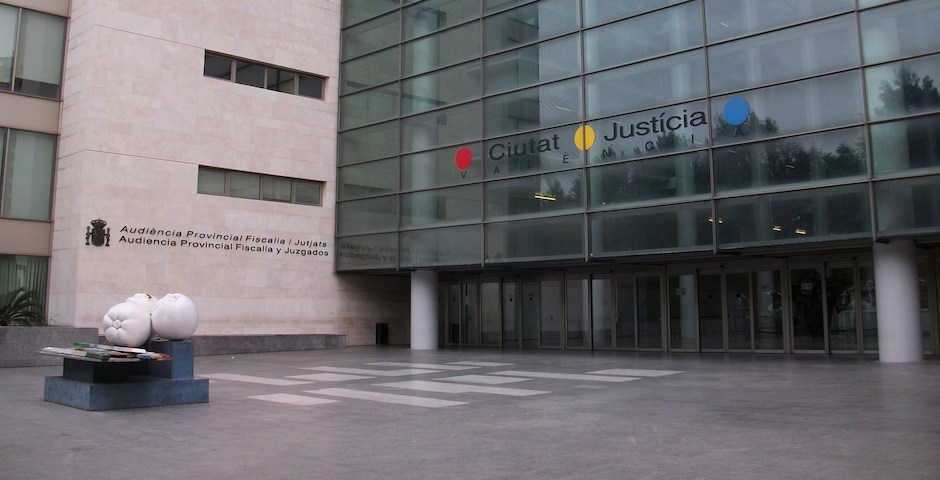 The Valencia justice courts where the trial agains the nine German preachers was held. / Wikipedia, CC

The nine German preachers accused of public disorder and injuries in Spain have been found not guilty.

The trial finished in the Provincial Audience of Valencia last week.

The prosecutor had demanded a 4 years prison sentence for each one of the men. They belong to a Christian evangelism ministry in Germany called Werde Licht (Become Light), and came to Spain in summer 2018.

The accused, between the ages of 19 and 41, denied their responsibility and attributed the uproar to the alarm generated by other people. “We did not threaten the people, we only transmitted the Bible”, one of them told the court.

They were facing a sentence for public disorder and injuries. One woman had been injured in the feet and others have testified they still are recovering psychologically.

The court decided acquitted them as the trial did not confirm crimes committed by the accused.

An avalanche in a full metro

According to the court sentence, the incident happened the 4th August 2018 at 11pm, when the accused accessed a metro convoy of the Line 5 with a red supermarket trolley full of Christian literature, backpacks and suitcases.

One of the accused was wearing a jacket with arabic characters (with the inscription of a Bible verse), and another was holding a one-meter high red cross.

The metro was full of people (many of them young) who were heading to the centre of the city as it was a Feria (fair) week.

It was in this context that the preachers used a megaphone to proclaim messages such as: “We have a message for you. This metro is full of sin, drugs, fornication and alcohol. The Word of God says…”. Among the evangelistic leaflets they were carrying was one that read: “Where would you go if you died right now?”.

One of the passengers, as he heard the preachers, mockingly made a comment about the fact that everyone will die. Seconds later, some passengers were already trying to open the doors to leave. The passenger then said he was just joking, but the panic had already started and the rumours of a terrorist attack spread among the crowd inside the metro.

After several passengers activated emergency alarms, the metro stopped in the Alameda station, where passengers ran away causing an avalanche.

According to the court, there is no evidence that the intention of the preachers was to alter the public order.

It has also not been proved that they exercised violence against any of the passengers. The accused did not cause material damage to the transport installation and the incident did not cause a severe alteration of the public service offered by the trains operated by the Valencian government, the court added.