A blacksmith of the faith in Trento

Evangelical pastor Hector Peñafiel, a welding master, uses his skills to teach his profession and share the gospel with asylum seekers. “They can plan their future now”, he says. 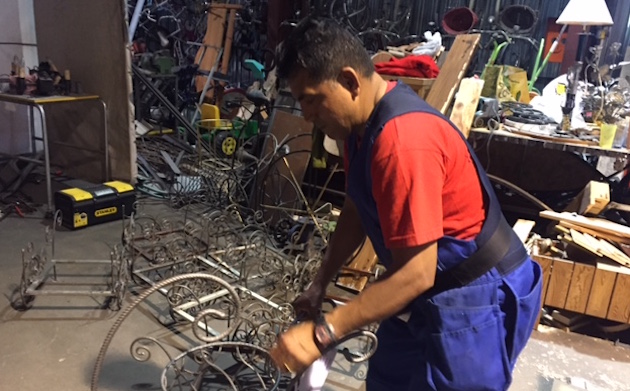 Héctor Peñafiel in his welding studio in Trento. / Verónica Rossato

Preaching Christ among red-hot irons. That is the daily work of Héctor Peñafiel, an Ecuadorian evangelical pastor, welder-teacher, married and father of five, who lives in Tione di Trento, in the Italian region of Trentino-Alto Adige.

Just over seven years ago, his wife traveled from Ecuador to Italy to visit her mother (married to an Italian citizen) and was able to see the spiritual need of the region near the Dolomites. There, the majority of people do not know the gospel, only a religious tradition.

"I had a small business in Ecuador, we were very active in our church. We felt we should come to Italy and it was not easy to make the decision to leave everything, but we prayed to God and we had the confirmation of His purpose", explains Peñafiel.

He is now the pastor of the only evangelical church in Tione di Trento and surroundings, and vice president of the Italian Christian and Missionary Alliance. 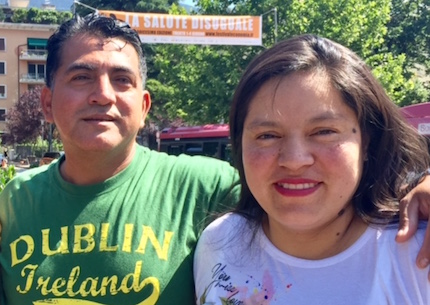 At first, Peñafiel worked taking care of elderly people. "On several occasions they called me to accompany an elderly man who would soon die, and I was able to lead these people to give their lives to Christ and die in peace", the pastor says.

Two years ago the Lord surprised him with a new plan. He was hired by the association MORE - located in a neighboring village and linked to the Catholic Church - to teach welding to a group of African asylum seekers.

Because of the success of the project, they are now in the process of creating a cooperative to produce and sell exclusive designs, made with irons that they receive as donations.

"What for others is garbage becomes something beautiful and much appreciated. These young men have not only learned to weld, but they also love what they do and are tireless . Sometimes I have to turn off the light of the studio, so that they go home", explains the teacher of Aliou, Alani, Dildar, Obina, Morris and John.

They call him "Capo" (boss in Italian) and respect him as a father. He tells them about God's love and encourages them to ask for His guidance before making decisions.

The first thing Hector and his wife Christina had to learn was that they could not openly preach the gospel, but reflect Christ with their witness of life, being "open letters."

In the province where the Council of Trent was celebrated between 1545 and 1563 in response to the Protestant Reformation, the power of the Catholic Church continues to be very strong, even today.

"If we say we are evangelical Christians, people do not know what we are talking about. They question why we carry a Bible without being Catholic priests. We do not lose the opportunity to express our faith in Christ, our trust in God and to pray even for Catholics and Muslims, asking for divine intervention in the face of any difficulty. We have earned the respect of everyone and even the priest holds me in high esteem”, Peñafiel points out. 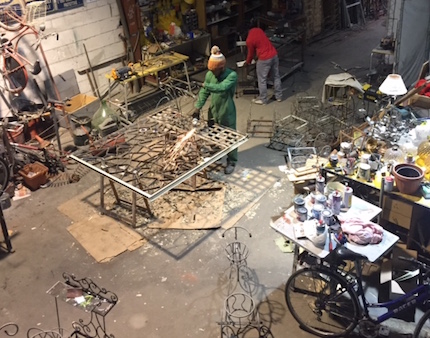 Being part of the association MORE allows him to be salt and light, and preach by example.

"I am grateful to God for this privilege. I am a reference tor the leaders of the association, and several times they have been told me that I am a true Christian", he says.

This interview took place on June 2, Day of Republicanism. Due to this important celebration, official events and special activities were carried out by civil entities throughout Italy.

The welding workshop "The lightness of the iron" had the opportunity to display its products at Forte Larino, in the city of Lardaro, province of Trento.

The project is already known in the area and the sales opportunities are increasing.That gives life and hope to the participants who, after a journey with much suffering and months or years in refugee centers where they were not encouraged to do anything, they can finally go on with their lives.

"They now have a proffesion, receive Italian classes, can make plans for the future, and, most important, they know that God loves them", says Peñafiel. 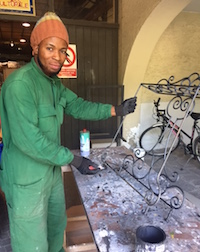 When they settled in Tione di Trento, the Peñafiel family identified many countrymen in that city of 3,600 inhabitants and other small towns surrounded by mountains.

Hector decided to find out where they usually met and introduced himself along with his family, but when he identified himself as an evangelical pastor, he was not very well welcomed.

He did not give up. Taking advantage of an occasion when someone gave him three drawers of apples, he and his children put them in several bags and went to all the houses of his countrymen, to give them some.
"Those apples opened many doors, I made appointments for future visits and I was able to share the gospel message. Several people were converted and we began to disciple them."

The church is now legally constituted as an association. "God gave us a big house, we live there and it is also where the community of brothers meets. We are looking for a worship place, but we have not yet found an owner who wants to rent a house to an evangelical church. This is a problem that many pastors face in Italy", he explains.

One of the new believers that Peñafiel discipled is the singer Enrique Fares, who at that time lived in Italy. Then he returned to Ecuador and today he is an infuential evangelist.

The church supports its pastor in working with immigrants. They pray for them and have recently made a commitment to pay part of the rent for a house where some of them, who have already received acceptance of the asylum application, live.

"When that happens, they are removed from the refugee center and left in the streets. Compliance with international agreements is a facade: they accept them but do not give them tools to direct their lives. That is why we have decided to create the cooperative, to continue providing courses not only of welding but also of other trades, teaching them the language and helping them to move forward”, the pastor explains.

“That is what God wants us to do, the Bible speaks very clearly of helping the poor and the stranger", concludes Peñafiel as we bid farewell at the Trento train station. 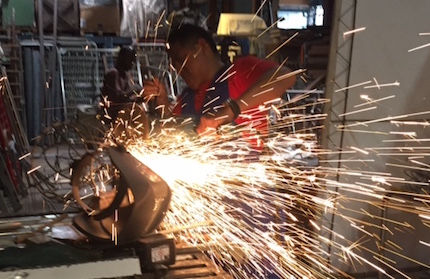 Published in: Evangelical Focus - cities - A blacksmith of the faith in Trento