The La Sexta news service compares Hillsong in Spain to Scientology. No evidence is offered in two journalistic pieces full of misconceptions. 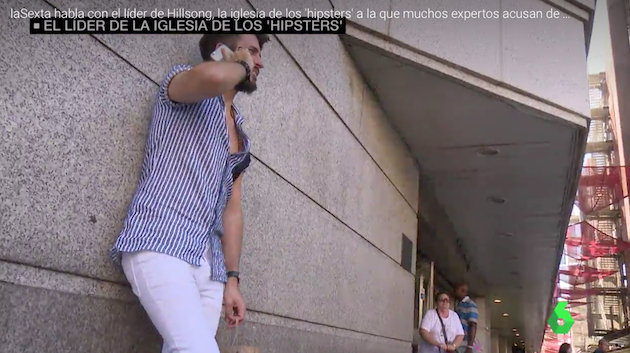 A moment of the La Sexta report on Hillsong in Spain. / La Sexta

It is not the first time that national media notice this charismatic church, first started in Australia. Newspapers such as El País had previously reported about their “hipster” worship services.

Months after Hillsong started their second congregation in Madrid, several media attended the 4th anniversary celebration of this denomination in Barcelona.

Although evangelical Christians in Spain are used to imprecise and stereotyped reports in secular media, the La Sexta news program – which targets a young audience – went one step beyond.

In a report introduced under the title “the hipster cult”, the news presenter acused Hillsong in Spain of “recruiting thousands” with the aim of earning money. The journalistic piece assumed as true the accusations of two “experts” which were quoted in the piece. Nevertheless, both showed a lack of understanding of what Hillsong is and, by extension, a very simplistic view of the reality of evangelical Christians in Spain.

“They [Hillsong Spain] aim to collect money for some specific leaders, in this they resemble Scientology, a group that works exactly in the same way as these people”. This grave accusation was made by Daniel Lorenzo, who was presented as an “expert”. He did back this accusation with no evidence at all. No representative of Hillsong was given the chance to respond to this affirmation.

The report also underlined the “conservative view of marriage and sexuality” of Hillsong as something that makes the denomination unique. This showed, again, how the journalists had little knowledge of the topic, since both the Roman Catholic Church and almost all Protestant churches in Spain hold to the same views of biblical marriage.

After the report was broadcasted, many evangelical Christians expressed their indignation on the social media. But La Sexta not only did not correct their information, but went ahead to publish a second misleading report, using specific quotes of an interview with pastor Juan Mejías (Hillsong Barcelona) to make up some sort of alleged “commandments” for the followers of Hillsong, which have nothing to do with the church’s creed.

The tv report also lied when it said that Hillsong sees itself as “the answer to all the problems” of Spain.

This is not the first time that this popular tv broadcaster distorts the image of evangelical Christians. In November 2016, a tv show called “Research Team” aired a program on “tv preachers”.

The director of Evangelical Focus, Pedro Tarquis, was called to visit La Sexta’s studios to be interviewed as an expert in Spanish evangelicalism. After recording a conversation for more than one hour, in which Tarquis gave first-hand information on the reality of Christian media and its lights and shades, the Christian journalist’s opinions were never included in the aired program.

The final report painted a biased and unbalanced picture, going so far as to compare evangelical preachers to astrologians and criminal organisations.