The 16-year-old girls had been offered jobs as kitchen assistants. An increasing number of exploited women in Spain are nationals. 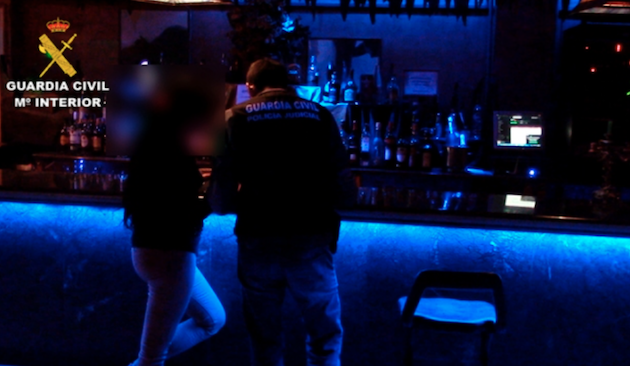 The Spanish police has released two 16-year-old girls from a brothel in the Spanish providence of Toledo.

According to the ongoing investigation, the minors had been caught by deception, near an instittue in Madrid where they studied hotel management. The two men, 44 and 52 years old, offered them a job as kitchen assistants.

The captors have been arrested accused of human trafficking. The investigations began in the middle of last December, when the police officers received a call informing them of the existence of two minors in a brothel that could be forced to work as prostitutes.

A patrol of the police went immediately there to verify the information. Once the agents entered in the premises for their inspection, they found two 16-year-old girls. They told the officers that they were there against their will and under threats.

After the officers were brought to the police station, the girls contacted their parents.

DECEIVED WITH A JOB OFFER

The two young people told the police that last November a man approached them when they were around the school in Madrid where they were studying hotel management, to offer them a job as kitchen assistants in a hotel in a town of Toledo.

This man convinced them that it was a good opportunity to earn money working in the tourism sector while they continued their studies. He himself would pick them up to take them and return them to their home.

Once the appointment was made to meet in the hotel, the captor picked them up and brought them to the kitchen where he told them they would have to wait a few minutes to meet and talk with the "boss", who would explain them how their work would be.

When this second man arrived, he informed them that their work would not be in the kitchen, but that they would have to work at the bar with other girls, having drinks with clients and that eventually they would and have sex with them and use drugs.

The girls refused categorically and expressed their desire to return to their homes, whereupon this man intimidated them by showing a false police plaque, threatening them and their families.

Once all the information was gathered, the police investigated all the people related to the hotel and were able to identify two men. Both were arrested, although one tried to flee.

SLAVERY AND TRAFFICKING IN SPAIN

Human trafficking is a crime that, despite its seriousness, often goes unnoticed by society.

In Spain "we are at the head of the exploitation of women, which is the main objective of human trafficking. Despite initiatives to raise awareness, it remains very unknown. We could be sitting next to a trafficking victim and not identify her situation", Carolina Sanchez, director of two shelters for women rescued from trafficking, told Spanish website Protestant Digital.

“The traffickers use the social media very much. It seems that now it is easier for the mafias to capture Spanish teenagers in poverty", she added.