The ruins are located in Manbij, one of Syria’s most ancient towns. Among the artifacts found, there were several versions of crosses etched into columns and walls, which indicate this was a significant site for Christians. 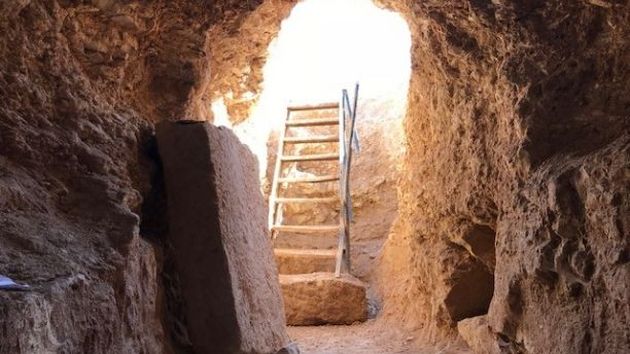 The discovery of a so-called secret church dates as far back as the third or 4th century, A.D. / FOX News

Daesh (ISIS) forces occupied the northern Syrian city of Manbij for more than two years, without realizing there was an old gate on an empty mound of land where they dumped trash.

They did not know that the gate ran several feet into the ground down to the ruins of an ancient Christian refuge, or early church, possibly dating back to the first centuries of Christendom’s existence, under the Roman Empire.

Among the artifacts found, there were several versions of crosses etched into columns and walls, and writings carved into stone, which indicate this was a significant site for Christians.

“This place is so special. Here is where I think the security guard would stand at the gate watching for any movement outside, to warn the others to exit through the other passage if they needed to flee”, Abdulwahab Sheko, head of the Exploration Committee at the Ruins Council in Manbij, told Fox News.

The discovery of a so-called “secret church”, dating as far back as the third or fourth century, A.D., reveals that “there was a significant Christian population in the area which felt they needed to hide their activities”, said John Wineland, professor of history and archaeology at Southeastern University.

“This is probably an indication of the persecution by the Roman government, which was common in the period”, he added.

According to Wineland, Christians were persecuted “sporadically at first, and later more systematically by the Roman government. They met in secret, underground, to avoid trouble”. 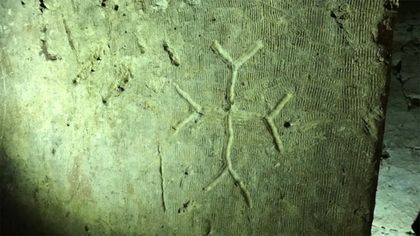 Sheko and his team began cleaning up the site last fall, and needs help identifying artifacts and to “test the bones” of human remains found there, so that he reached out to international archaeologists and organizations.

But the response from abroad so far, he said, is that “it is still too dangerous to send archaeological teams to this part of a still devastatingly war-torn country”.

The site was lucky to escape Daesh’s attention. The team was in the midst of studying the neighbourhood when the terrorists invaded in 2014, but Sheko managed to keep the secret of it quiet until the Islamists were driven out by the U.S.-backed Syrian Democratic Forces (SDF) in 2016.

However, the area is riddled with mines and booby traps, and extensive clean-up and digging at the site couldn’t begin until late August last year.

Afterwards, the locals discovered what Sheko called a “second location”, still littered with insects, trash, and even a stray dog sleeping inside. 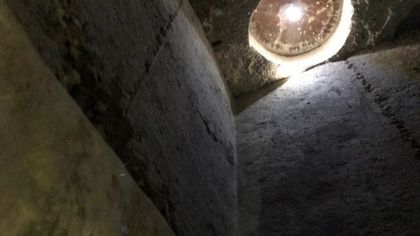 Inside this location, down 11 jagged stone steps and into a cave that opens up into a multitude of rooms, overt Christian symbols are everywhere, etched into the stone walls and across the arched ceilings.

Further into the subterranean maze, there is a “graveyard, likely reserved for the church clergy. Each tomb there bares an elevated ‘stone cushion for the head”, Sheko said.

MORE RUINS TO BE UNEARTHED

The director of the excavation believes that there are many more potential ruins that have yet to be unearthed, but residential buildings above them makes excavation much more complicated.

Manbij, located in northeastern Aleppo Governorate near the Turkish border, and 29 kilometres west of the Euphrates, was long considered one of Syria’s most ancient and prized townships.

Given the area’s prominence in the centuries following Christianity’s founding, archaeologists believe more Christian sites could be unearthed in the areas liberated from Daesh.