‘Miracle babies’ of the Holocaust, the story

‘Born in Mauthausen’, a book about the  babies of three women who deceived the Nazi Josef Mengele. 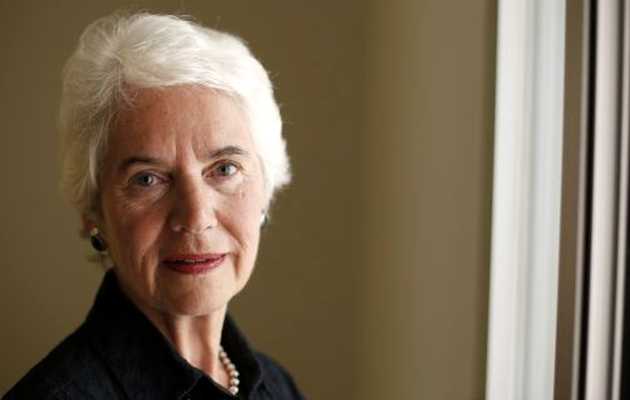 Eva Clarke, born in Mauthausen during the Holocaust / EFE

In 1944, 3 young women knew they had to answer “nein” to Nazi physician Josef Mengele, when he asked them  in Auschwitz if they have been pregnant, a deception that “miraculously” allowed  the babies to survive, even though one of them, Eva Clarke, admitted today, many years later,  that they had "luck".

British journalist and author Wendy Holde, has written  the story of Eva Clarke, Hana Berger and Mark Osly, the babies who were born and survived the Mauthausen concentration camp near the end of World War II, and of  their Jewish pregnant mothers, who were confined and transported in the “trains of death”.

"Born in Mauthausen", published by RBA, is the chronicle of the suffering endured by Priska Löwenbeinová, Rachel Friedman and Anka Nathanová, mothers of these “miracle infants”, a book which was presented last Monday at the Sefarad Casa of Madrid by its writer and Eva Clarke.

Seventy years ago, Eva came into the planet in a wagon full of  women who were dead  or sick with typhus, at the gates of Mauthausen. After 16 days of travel in one of the ” trains of death “, without having food or drink, Anka and the two other mothers arrived on April 29, 1944 to the concentration camp. 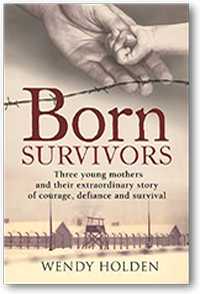 The three had been in ghettos, labour camps, Auschwitz, and the trains of death, and arrived in Mauthausen, weighing about 30 kilos: full of lice, they looked like pregnant skeletons, the book explained.

They had previously passed the examination made by Mengele and, they could lie about their pregnancies because were vey recent. “Fate of pregnant ladies in the fields was the gas chamber or the experiments of Nazi physicians”, Holden recalled at the book presentation.

“If my mother were here, she would say that she would have never imagined that she survived in that kind of a situation,” says Eva Clarke, but she did “thanks to her innate optimism and perhaps the fact that she was pregnant gave her extra inspiration,” she added.

Clarke believed she was so lucky: “many others could not survive the trains, the camps, or the gas chambers, and even today, there are many who die in wars, or are victims of the modern slavery; the mafias always traffic with the weakest, and I truly believe that we should not fear those who are different, it is  fear what make us do atrocities”, she concluded.

Published in: Evangelical Focus - culture - ‘Miracle babies’ of the Holocaust, the story