The Codex Sinaiticus dates from the fourth century and contains the earliest complete manuscript of the New Testament. 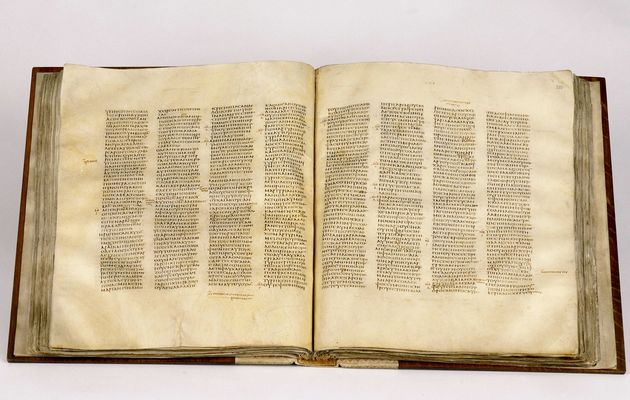 The codex dates back to the 4th century

The British Library is to lend one of its greatest treasures, the world’s oldest bible, to the British Museum for an ambitious and ground breaking exhibition exploring 1,200 years of Christian, Islamic and Jewish faith in Egypt after the pharaohs.

The Codex Sinaiticus is one of the most important books in the world and has only been lent once, in 1990 – also to the British Museum – when both collections shared the same building.

“It is quite phenomenal they are able to lend it to us,” said Elisabeth O’Connell, assistant keeper in the British Museum’s department of ancient Egypt and Sudan. “We are absolutely thrilled.”

The codex dates back to the 4th century AD. Handwritten in Greek, not long after the reign of the Emperor Constantine the Great, it contains the earliest complete manuscript of the New Testament.

Scot McKendrick, head of western manuscripts at the British Library, said it had, in effect, only left the walls of the institution once when it was moved for safekeeping to a specially built cave in Aberystwyth during the Second World War. “Since it arrived in the 1930s it has always been one of the greatest treasures in the collection,” he said.

The codex was bought in 1933 by Britain from the Soviet government of Joseph Stalin, desperate to raise cash for the second five-year plan.

The Great Depression meant the US was not in the market, opening the door for Britain and fully backed by the then prime minister, Ramsay MacDonald. Remarkably, more than half the £100,000 cost was raised by public subscription. “It was an amazing achievement give n the circumstances,” said McKendrick.

What is particularly fascinating about the codex are the 27,000 corrections in it. “This is a very beautiful and fine book, but it also has all this activity going on its margins and between lines, all over the place really,” he added. 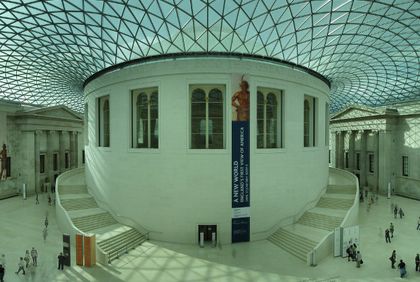 Experts now believe the codex was the work of four scribes, evocatively known as A, B1, B2 and D (the existence of a C has now been disproved by modern scholars).

The codex is considered one of the world’s greatest written treasures and was the prototype for every subsequent Christian Bible.

Since 2009, the complete and transcribed book can be consulted by anyone online because of a collaboration between the four institutions that hold different parts of the manuscript –the British Library, the Monastery of St Catherine on Mount Sinai, the University Library of Leipzig and the National Library of Russia, St Petersburg.

In the British Museum exhibition, the codex will be displayed alongside two other founding texts of the Hebrew and Muslim faiths: the First Gaster Bible, also being loaned by the British Library, and a copy of the Qur’an from the Bodleian Library in Oxford.

They will be part of what is the first major exhibition to explore, in its 1,200-year entirety, the transition of Egypt from a pharaoh-worshipping society to a majority Christian and then majority Muslim society, with Jewish communities periodically thriving throughout.

The exhibition will argue that the transitions, from a society worshipping many gods to a society devoted to one God, shaped the modern world we know today.