Students in Europe: Friendship is the key to sharing the gospel

The cultural context of universities in Bulgaria, Netherlands, Czech Republic, Spain and Denmark is very different. But Christian student movements agree on one thing: non-believers discover the Christian faith through deep personal relationships with believers: 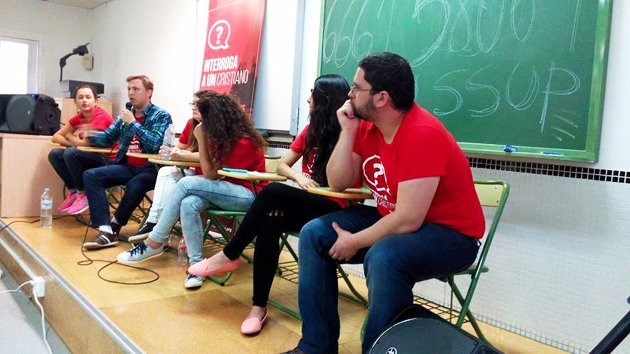 Christians respond to open questions about their faith in a Spanish university. / GBU España

Thousands of students around the world gather in small groups to pray, read the Bible and engage with the wider university community. But how do they share the gospel with their colleagues on campus?

The cultural context shapes the activities of these Christian Unions. Conferences, courses, Arts exhibitions, summer camps, inductive Bible studies, concerts in cafés… The aim is to speak about Jesus to their friends.

But, if they had to choose one single element that makes a difference when talking about their faith on campus, what would it be?

DENMARK: FRIENDS, FOOD, AND THE GOSPEL

The Danish Christian student movement KFS brings together about 1,500 students. “These meet in 90 different groups at their high school or university all over Denmark”, Kathrine Kjær, a volunteer working with the movement, explains.

Christians organise event weeks in the university campuses where everyone is invited to attend a ‘lunchbar’ (short talk in a classroom and some food). In the evenings, the meetings “include a relevant presentation of the topic of the week.”

Two years ago the Danish groups “published the ‘Uncover’ seekers bible study material and in the last school year it has been used in eleven of KFS’ seekers biblestudy groups.”

What is popular among Christian high school groups are ‘waffle-nights’: “We have heard stories from groups where most of their high school attend one of these nights.”

But if they had to point out one single aspect that defines mission amongst students in their social context it would be real friendships. “Here in Denmark we see that one of the most important parts of bringing the gospel to students is that Christian students build a friendship to fellow students and through that get a chance to tell the gospel.”

SPAIN: “PREJUDICES AGAINST ANYTHING THAT SOUNDS ‘RELIGIOUS’”

“A faith that reasons. A reason that believes”, is the motto of the Spanish University Bible Groups (GBU). About 600 students in 47 cities are active members of these groups.

Many non-believers learn about Jesus after coming to creative activities on campus like “Experimento Marcos” (a representation of the gospel of Mark). The “Uncover” seeker Bible studies are also being used here in small-group discussions. 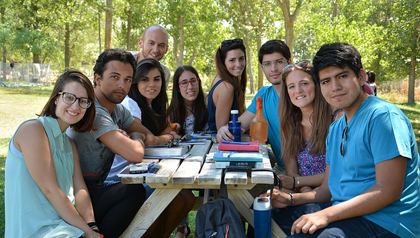 But the key, according to staff worker Antonio Ruiz, is “evangelism through personal relationships.” Spain has become a very “sceptic” country in the last decades, and “there are prejudices against anything that sounds ‘religious’.”

“It is crucial, therefore, to share the Christian faith in a context of friendship and trust”, he emphasises.

NETHERLANDS: DO CHRISTIANS UNDERSTAND RELEVANCE OF THE GOSPEL?

In the Netherlands, about 3,000 students in 24 cities are members of the IFES Nederland groups. AlphaStudents courses (which are very good for nominal Christians), mission weeks, and seeker Bible studies are some of the most fruitful projects in Netherlands.

“We are grateful for many Chinese students coming to faith”, says IFES Nederland representative Kristian Haverkamp.

But evangelism is not always a priority among students: “Those who are members of IFES-Nederland are 98% from a Christian background. Most of them have no zeal to reach out for their fellow students. Often they experience/think that the Gospel is irrelevant for their friends because they haven’t a clear understanding of what is the relevance of the Good News for themselves.”

BULGARIA: “LIVING AND LEARNING TOGETHER WITH NON-CHRISTIANS”

In Eastern Europe, Christian student groups growing. The Bulgarian Christian Student Union (BCSU) unites 120 students in 8 cities “and we hope to expand to at least three more in the coming year or two”, explains Liz Howald, member of the group.

In the country, “the most fruitful evangelistic effort has been the Summer Project, a cross cultural exchange between BSCU and at least two other IFES groups”. 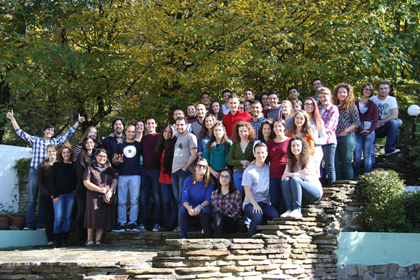 It is important to understand that “mission in Bulgaria is very relational, involving a lot of intentional friendship, time, and trust building.”

“Most Bulgarians are taught not to trust Christians, that Christians are strange or part of a cult, so the first step to mission is to overcome that, through friendship”, Howald explains.

In this sense, “one-on-one evangelistic conversations with classmates” are the most natural way to share the gospel, Howald concludes.

Finally, in the Czech Republic, about 150 students meet in 10 groups. “All groups are student-led and one group is purely international”, Tomas Uher, secretary general of UKH Czech Republic explains.

“The most exercised way of evangelism is through personal witness. Students pray for their friends together and share how God works in their friends' lives. After learning important lessons regarding follow-up they run the second year of mission week this year.” 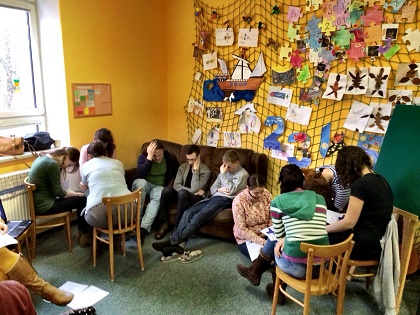 What is the one key idea in mission? “I would say it is students' initiative to share Jesus among their friends. Whether it is through an event or personal conversation. Student's ownership of the ministry is very important for us and we see some fruit in Jesus entering not only in the heart but the whole of life.”

Every national association organises itself. But all movements share some aims that define their vision. Some of these aspects are the priority of speaking about Jesus on campus, the centrality of the Bible in everything (mostly studied through inductive bible studies), cultural adaptation of the gospel, student leadership and work alongside local churches.

Published in: Evangelical Focus - europe - Students in Europe: Friendship is the key to sharing the gospel