The British Office of National Statistics research shows that those with no faith report lower levels of happiness, life-satisfaction and self-worth than those who are “religious.” 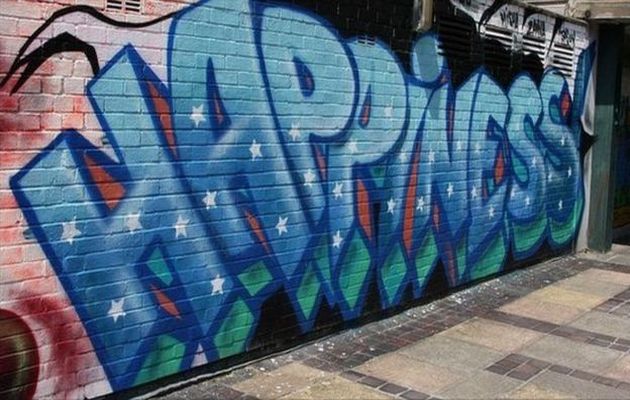 The UK Office of National Statistics (ONS) has published the fifth edition of its "Measuring National Well-being" research. They authors have questioned 300,000 people between 2012 and 2015.

The survey asked people to rank from 0 to 10 how happy and how anxious they had felt the day before, how satisfied they were with their life generally, and how much they felt what they did in life was worthwhile.

The published results have been classified by age, ethnicity, religion, marital status, employment status, religion, and where in the country people live.

According to the survey, an average Briton scores 7.53 out of 10 for life satisfaction and 7.38 for happiness.

However, those with no religion record their happiness as a slightly below average: 7.22 out of 10.

At the same time, although the ones with no faith report lower levels of happiness, life-satisfaction and self-worth than those who do; when it came to anxiety levels, the scores reversed with non-believers rating their anxiety lower than religious proponents.

The ratings for the different questions change depending on the faith of those who answered the survey.

When asked if their life is "worthwhile", Jewish people come top, just above Christians.

On "life-satisfaction" Christians and Hindus come joint top, while Buddhists score slightly lower than those with no faith.

In a table measuring happiness, Christians appear more highly than every each religious category except Hindus.

"People think all religions are the same but they are not. Those of us who are Christian say it is a relationship and not a religion. That makes a difference because you are having a relationship with a living God."

The research shows that 65 to 79 is the happiest age group for adults, and those aged 45 to 59 report the lowest levels of life satisfaction, with men on average less satisfied than women. That age group also has the highest levels of anxiety. 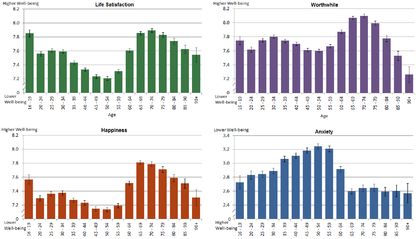