“The radicalisation of part of our youth is the most serious challenge we have faced since World War II”, says French Prime Minister Manuel Valls. 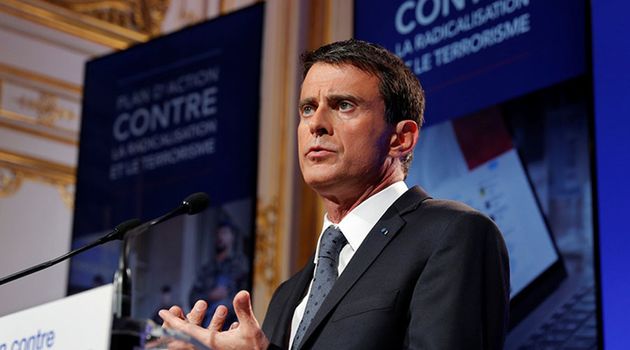 France is to set up a dozen ‘de-radicalization’ centres across the country to identify would-be extremists and prevent them from joining jihadist groups.

These “reinsertion and citizenship centres” are part of an 80-point plan to combat home-grown terrorism, unveiled by the government on Monday.

The two-year plan includes several anti-terrorism measures to combat the increasing number of young people in France drawn to jihadi groups, and to establish an early warning system to pick up those tempted to join.

The new measures come in addition to previous counter-terrorism plans announced in 2014 and 2015.

“THE BIG CHALLENGE OF OUR GENERATION”

“Every era has its challenges. The fight against jihadism is without doubt the big challenge of our generation,” Valls said, flanked by the interior and justice ministers.

The French prime minister warned: “radicalisation and terrorism are linked. We are faced with a stubborn phenomenon that has widely spread through society and which threatens it because it could expand massively.”

He asked for a “general mobilisation” of all sectors of society to fight the problem following the terrorist attacks in Paris last year. 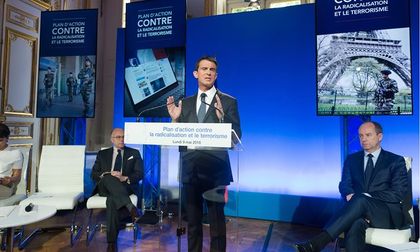 “In my view, the radicalisation of part of our youth, seduced by a deadly anti-social model, is the most serious challenge we have faced since  World War II, because it deeply damages the Republican pact”, Valls argued.

That is why the de-radicalisation centres will house young people who “could have repented and who we will test the sincerity and willingness to be reintegrated back into society for the long term”, the Prime Minister explained.

He said the aim of the centres would be to stem the flow of young people to Syria and Iraq and begin the process of de-radicalising them. The first centre is to open in summer.

“EDUCATION ON THE FRONT LINE”

The centres, covering all 12 of France’s regions, will take people at the request of the judicial authorities. They will be individuals “who cannot be put in prison.”

Around 1,600 young people in France are in state-run de-radicalization programs. The new scheme aims to bring that number up to 3,600 within two years.

The centres will be managed by educators, social workers, psychologists, and the police. The Inter-ministerial Committee for the Prevention of Delinquency and Radicalisation (CIPDR) will oversee the programme.

The Committee calls on public, private, religious and secular groups to join forces under the umbrella of a national coordination group.

“Education is on the front line. The teachers are receiving basic training, to detect changes of behaviour in their students: different clothing, unusual religion interest, etc.” 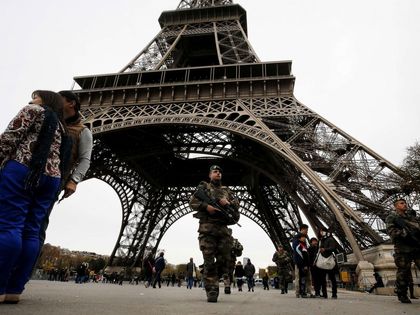 France estimates there are nearly 9,300 radicalised people or would-be jihadis in its midst. About 2,000 French nationals or residents are believed to have travelled to Syria and Iraq to fight with Islamic State.

“635 French nationals have been identified [fighting alongside terrorists] in Syria and Iraq”, Valls wrote on Twitter;“244 people returned to France after staying [with extremists]”, he added.

However, some experts fear the centres could end up being counterproductive.

The government also wants to create a specific intelligence unit within the prison administration and to conduct closer surveillance of people working in sensitive sites, such as train stations, airports and chemical plants to keep out radicalised people, Valls said.

Additionally, measures to protect sensitive and vulnerable sites and facilities, including nuclear plants and public transport, against terrorist attacks are to be tightened.

A scientific committee to research the reasons for radicalisation and terrorism is also being established, with university grants for related studies. France’s intelligence and security services are to be given more staff and money.

The anti-terror plan, which will cost an additional 40 million Euros ($45.5 million) by 2018 on top of current funding, aims to double existing efforts to try to help people already in jihadist networks or those likely to join such groups.

In 2015, France was rocked by two sets of attacks that were carried out mainly by French citizens who had become radicalised and had fought abroad alongside jihadist groups.

Jihadist gunmen stormed the Paris offices of Charlie Hebdo satirical newspaper and a Jewish supermarket in January 2015, killing 17 people, and then 130 people were killed in coordinated shootings and suicide bombings in the capital claimed by Daesh last November.

France is considered to be the primary country of origin for the people who left to fight for Islamic State terrorist group in the Middle East, according to a research conducted by the International Centre for Counter-Terrorism (ICCT) published on April 1.

The study says that more than 900 French citizens travelled to Syria and Iraq to join the extremists. The French government has decided to suspend the social security coverage of those who travel there.