“Islam is much more than a religion, it is a whole system”

Muslims in Europe celebrate Ramadan. "Expansion of Islam is part of the 'dawa', Islam's missiology, and this idea seems to gain more and more space", Islam expert Federico Bertuzzi. 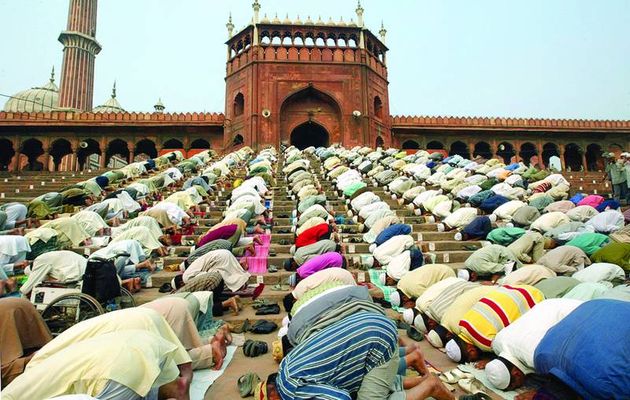 Praying moment at a Mosque. / GN

Muslims all over the world are in the middst of Ramadan, the ninth month of the Islammic calendar. Many live in Europe, and are these days trying to balance this days of fasting with their daily work and activities.

But what is Islam?

How should Christians reach out to Muslims in European societies?

Federico Bertuzzi thinks "coexistence is possible and desirable." He is a member of the PM missionary agency and has been doing Christian work among Muslims for many years. Bertuzzi talked to Spain's Protestante Digital in this interview translated for Evangelical Focus.

Question. Is coexistence with Muslims communities in Europe possible?

Answer. Of course, it is possible and desirable, as we have seen throughout History. Although we must admit that there were also some big conflicts in that coexistence.

Q. In your opinion, what social and political measures need to be taken to face situations like those experienced in France after the Islamic attacks?

A. Those crimes were awful, and worthy of the most severe condemnation. The officers' reaction and the amazing demonstrations against terrorism, show society´s rejection to the religious fanaticism. Nobody in a civilized world wants to be intimidated. But, besides what happened in France, we should not forget that other cruel acts also occur every day in Nigeria, Iraq, Syria or Afghanistan, among other nations, and they do not receive the attention they also deserve.

In general, European governments have been open and respectful with the minorities, including Muslims. But they have not fought for the rights and freedom of the religious minorities (Christians included) in the immigrants´ countries of origin, where those minorities suffer a lot.

It is very well known that Christians are harassed, imprisoned, and tortured there, but the Western world has not pressured or sanctioned these tyrannical regimens.

The governments have betrayed their freedom, quality and human rights proclamations, because they want to follow the rules of the “politically correct”, or because they regret their colonialist past. Or maybe because they do not want to lose the big businesses they have there (oil, hight speed trains, ...).

European governments have allowed the inversion of enormous Muslims funds in Europe. They have given them total freedom to build new mosques, to buy banks and soccer teams, and to promote their religion on television. And all this, for what? For nothing. Saudi Arabia does not allow Christian temples in its territory, not matter if they are catholic, orthodox or protestant, not even a little chapel made of mud! If there is always reciprocity for commercial and diplomatic issues, it would be logical to have it for religious issues too.

Q. We are starting to hear voices of politicians and statesmen who talk about the “end of the multiculturalism”. Is it possible to build a Europe that respects the Muslims identity or do governments need to put limits to its development?

A. Muslims, like any other minority, should have their legitimate space in the Europe of the twenty first century. They are not only Arabs but hundreds of other ethnic and social groups that represent a big anthropological wealth that shows the Creator´s greatness.

That being said, we should not deny that God has “determined allotted periods and the boundaries of their dwelling place” (Acts 17:26, ESV) for all the human lineage. Because of that, the temporal and territorial space, both are in the hands of Him who ”removes kings, and sets up kings” (Daniel 2:21; 4:26), the same who dwells in Heaven and “laughs and holds them in derision” (Psalm 4:2). Therefore, it is necessary that, as Christians, we adjust our transcendent perception to the realities that the Bible shows us. With our double citizenship, terrestrial and celestial, we need to rise our voice and to be agents of change, with the values of the kingdom.

Q. As Christians we are called to love our enemies and some identify the enemy as “muslims in general”. How can we be salt and light in an environment where hate and tension are growing?

A. Our Lord Jesus Christ asked us to love our enemies (Matthew 5:44), so, even if someone might think Muslims are the “enemies of the Cross of Christ” (Philippians 3:18) , we should love them, understanding that the love is more than just a feeling, and it requires an attitude that comes from within.

Christianity and Islam are so different – like day and night- if we compare the origin and nature of each of them. Christianity is based on the Bible and Jesus Christ, Islam is based on the Koran and Mohammed; Jesus taught us to put the other chick if someone beats us, and Mohamed taught to attack and punish the unfaithful (Koran 4.89, 91; 5.33; 8.12; 9.5; 47.4).

Islam is much more than a religion, it is a whole system which includes areas like politics, legislation, finances and work, military areas, etc. It is true that the inmense majority of Muslims who live in Europe are peaceful and probably have no aspirations of a Islamic hegemony, but the grounds of their worldview is contained in the Koran. This book can be understood in different ways, but Muslim cannot deny the Koran. The expansion of Islam is part of the “dawa”, Islam's missiology, and this idea seems to gain more and more space.

As children of a Heavenly Father, we should not have fear or prejudices. On the contrary, we must love them, and fight spiritually, so that they could know the Prince of peace and obtain the eternal salvation through the blood shed in the Calvary.

The apostle John taught us that “there is no fear in love, but perfect love casts out fear” (1 John 4:18), and God ”desires all people to be saved and to come to the knowledge of the truth” (1 Timothy 2:1-6).

Published in: Evangelical Focus - europe - “Islam is much more than a religion, it is a whole system”