A YouGov survey shows that “substantial portions of Western respondents” believe Islam is incompatible with society. 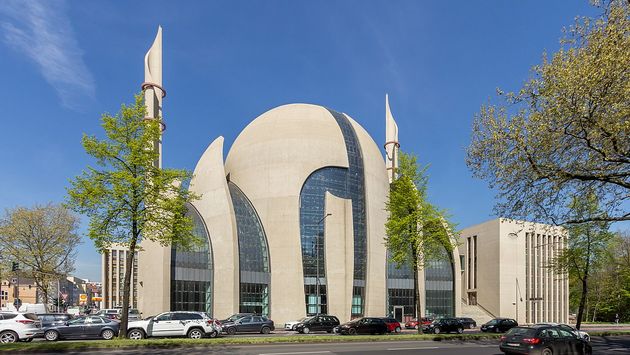 In the midst of the meeting between Pope Francis and the Grand Imam of Al Azhar, Shaikh Ahmed Mohammad al-Tayeb, in Abu Dhabi this week, research company YouGov has recently conducted a multi-country study on attitudes to religion in the West and Middle East/North Africa regions.

The online surveys have been made in France, Germany, the UK, the United States, Saudi Arabia, Egypt, Algeria and the United Arab Emirates (UAE), between 31 December 2018 and 31 January 2019.

The research shows that “substantial portions of Western respondents” perceived a clash between Islam and the values of society in their country.

Specifically, nearly half of French (49%) and more than half of Germans (53%) “felt unfavourable” towards Islam, much higher figures than towards other faiths. The US and the UK showed a similar trend, but to a lesser degree: 37% and 32% respectively.

In contrast, notably smaller portions of respondents said that “Islam is generally compatible with the values of society in their country”, including 22% in France, 20% in Germany, 17% in the United States and 24% in Britain. 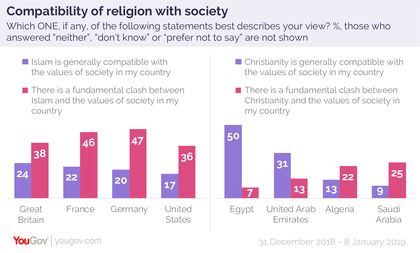 WILL YOU MARRY A MUSLIM?

When asked about marriage, “a majority of respondents in each Western sample thought that most people in their country would mind to some extent, either a lot or a little, if one of their close relatives were to marry a Muslim”.

Percentages decreased and were more mixed when the research asked if respondents would “personally mind if one of their close relatives were to marry a Muslim”.

CONCERN ABOUT THE RISE OF EXTREMISM

The study also shows that many Europeans described themselves as either very or fairly concerned about the possible rise of extremism in Islam: 72% in both France and Germany, 66% in Britain and 56% in the United States. 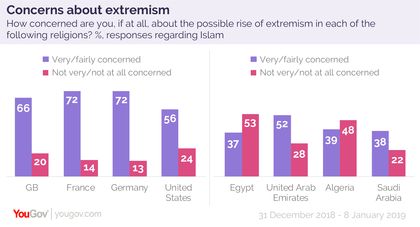 Christianity is the religion that gathered the least unfavourable opinion in the majority countries surveyed.