“Who are evangelicals?” reports French TV

France 2 informed about the growth of evangelicals in the country and the importance of church planting. An evangelical worship service and a theological seminary were showed. 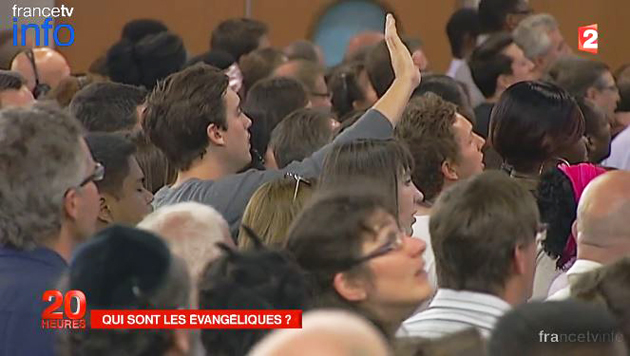 “Evangelicals, a branch of Protestantism, is the religion which experiences the biggest progression in the world”, one can read on France TV’s website.

The public broadcasting system dedicated an in-depth report to give a view on who evangelicals are, what they believe and how they plant new churches all over France. 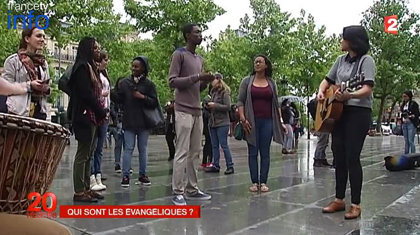 The reporters visited a worship service in France’s biggest evangelical church, and talked to believers afterwards. The video also shows members of churches doing evangelism, engaging in conversations about God on the street. 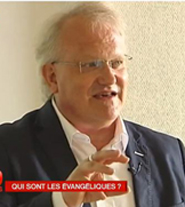 Daniel Liechti, a professor of an evangelical seminar is interviewed in the 5-minute-long journalistic piece, as well as young church planter Michael Jouve.

“According to evangelical pastors, someone is not just a Christian, but becomes one”, the report France TV says, and highlights that “there are 600,000 believers, ten times more than in 1950.”

Evangelicals are the fastest growing faith community in France, planting a new church every 10 days.

More than 8,000 believers joined the 'March for Jesus' this year.

After the liberal United Protestant Church opened the way to bless gay couples in May, evangelical churches have been especially vocal about their biblical view of marriage.

The CNEF - which unites most evangelical churches - has been campaigning for freedom of speech in a very secularized society (read interview with jurist Nancy Lefevre).