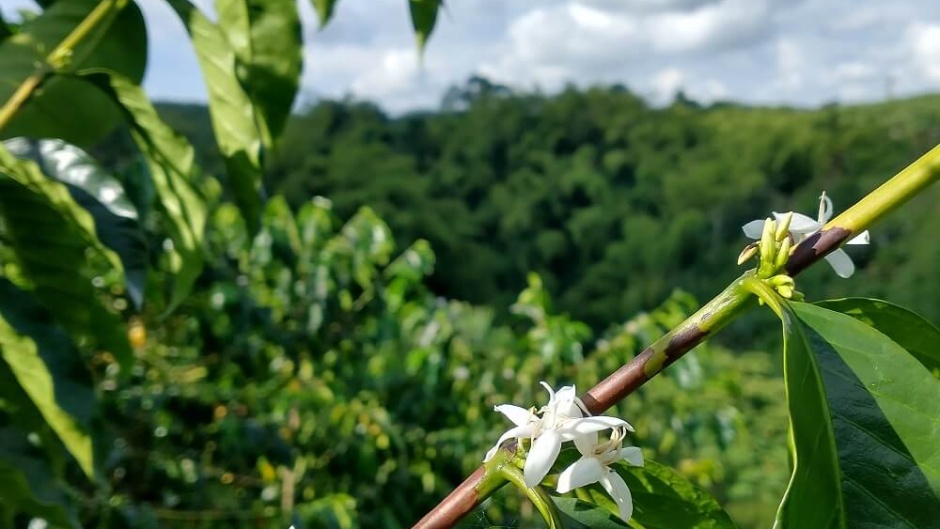 Ethical Addictions were interviewed as part of the 21st Century Pioneers research project. They go above and beyond to ensure the best conditions and payment for their suppliers, using their commercial business to reinvest in coffee-growing communities.

It’s no secret that where there’s coffee production, there’s also often exploitation. Customers know this, and in recent years there’s been a rising market demand for ‘better’ coffee.

Often, this means customers seek out more ethical products through recognisable certifications, like Fairtrade. But for a few businesses who are willing to take on the extra effort, there’s a way to trade that goes beyond the certification.

Ethical Addictions coffee roasters are one of these businesses, choosing to produce and sell coffee through direct trade relationships with small-scale, family farmers in South America and Africa.

Based in Gloucestershire, UK, Ethical Addictions is a coffee roasting business that supplies coffee to coffee shops, restaurants, hotels and churches.

Led by co-founder Ian Meredith, they trade directly and fairly with farmers; the business is fully commercial, employing 6 staff members with turnover of £0.5 million.

Right now, they’re moving into new premises to expand operations as they grow—it’s been a slow journey to get there, as they’ve grown the business through their commitment to direct trade.

In 2006, the two founders (and coffee-lovers) returned from the Canada to the UK. They struggled to find a great-tasting, ethical cup of coffee, and began making enquiries.

Co-founder Ian Meredith describes returning home from one lunch meeting with half a ton of coffee, which I had to explain to my wife!’

He originally thought that they’d do the same as many other coffee businesses and rely on the Fairtrade accreditation; however, once they began meeting small-scale farmers they realised that (although it would require hard work on their end) they wanted to do more.

For them, Fairtrade was good, but it was the floor, not the ceiling, and they knew they could do the most good through trading via direct, established relationships with farmers.

In practice, this means Ethical Addictions buy directly from farmers in Tanzania and Brazil, which returns a larger proportion of the price to those farmers, helping them improve their standard of living in a real and sustainable way.

It also ensures that the product isn’t significantly more expensive for the consumer, despite being more ethical.

At the same time, they re-invest profits back into farms, whether through improving farm equipment and processes, environmental improvement projects or charitable giving.

In one example, Ethical Addictions funded the installation of water pipes into the homes of 137 families in the Mweka villages that produce some of their coffee.

‘How we run our business really matters…’ says Ian, ‘So, if I can do that in a better way,  even if it only makes a small difference,  the difference it makes to the families who benefit is enormous. That impact is rewarding and it’s good. And, honestly, as a follower of Jesus, if I know there is a better way to do this, how can I not do it that way?’

All this is hard work for a small business, and it required sticking to their principles. It took a long time for Ethical Addictions to become profit-making.

Direct trade requires significant investment to keep in good, regular contact with farmers. This includes visiting in-person every year, and ensuring everything is in order with farming practices, environmental impact and the treatment of workers.

Sometimes, it’s tempting to give up on direct trade and instead buy through traders in the UK who can manage issues with farmers, but at the end of the day, Ian believes, ‘relationships are more than that, aren’t they?’

‘You work through those hard and difficult moments,’ he said. ‘If you care, it makes things it harder and it hurts when it doesn’t work. But without faith, I’d probably be doing it differently—and I don’t think I’d still be here after sixteen years.’