The potential of media and local fellowships. 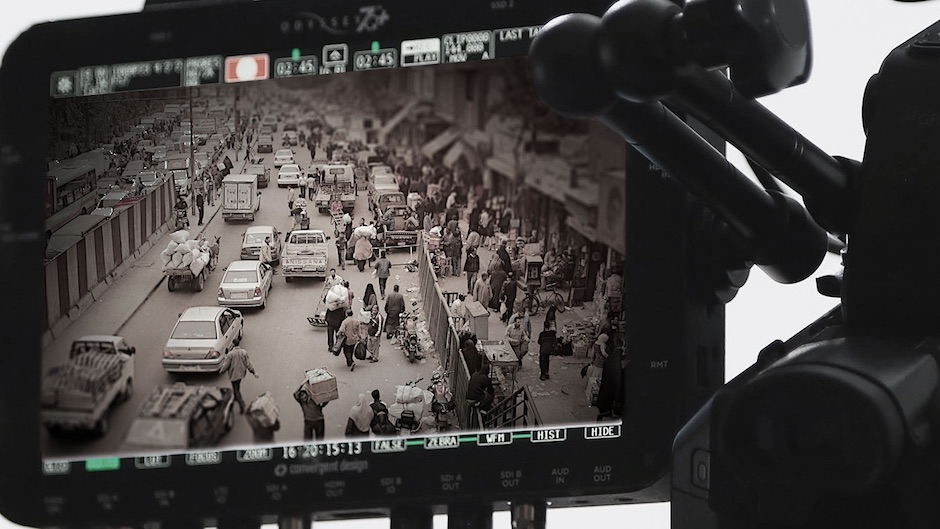 I have been privileged to work in Christian media projects globally. What I cover in this brief article is essentially applicable in any area fundamentally hostile to the Christian message, such as Islamic, Hindu, Buddhist majority countries, and China.

My particular interest has been in the Greater Middle East; I first worked in North Africa in the 1970s. It is from this context that I seek to make the case—an example of what I believe is a global reality.

The purpose of this brief article is simple. It is for communications practitioners, leaders, or policymakers of agencies that have a significant media/ communications component and those involved in funding such initiatives.

To media personnel, many of the following issues are well-known. But I review them so the assumptions are clear as to why I make these proposals:

The God design (Genesis 2-3) was for man to live in relationship; with God, with himself, others, the created order, and with eternity. Broken by Adam and Eve’s decisions, our relationships were restored through Jesus as expressly stated repeatedly in John 13-17. In John 17:21-23 Jesus states that his personal credibility is affirmed or devalued by our relationships as believers. Therefore, inter-personal communications, when possible, trump all other forms of communications. 1

The bulk of the ‘unreached’ are in traditional, relationally-intensive cultures reflected in Islam, Hinduism, Buddhism, and regional variants in China and Africa. This is in sharp contrast to the West where individualism is prized—and often shapes media strategies and investments.

In traditional cultures, the challenge or risks involved in adoption of an innovation rise as the implications of the proposed innovation potentially reflects on the family—immediate or extended—and the community in which the individual or family lives. In short, the social context plays a huge role in a decision like personally following Christ. 2.

While communication was limited to inter-personal and slow-traveling letters, research into the explosive growth of the early church up to around AD 300 strongly suggests it was due to the evident positive alternative the community of believers offered.

The works of Michael Green, Robert Banks, and Rodney Stark all affirm this conclusion 3 Are the traditional, community-based cultures all that different today?

In such traditional contexts, research suggests that media-based communication regarding socially high-risk decisions have limitations. For example, for an individual considering Christ, media have significant potential for raising awareness and providing information on options regarding choice.

Then, that media can play a valued role in affirming and educating individuals ‘post decision’. But, at the critical point of decision making, inter-personal relationships are vital.4

The importance of proximity in communication has been widely studied and, again, is attested to by multiple passages in Scripture. Trust and credibility are key components, as the personal implications of the decision being considered rise.

Is this message coming from an unknown at some distance? Or, a trusted source with whom I have a personal relationship? 5

The advent and widespread adoption of social media have significantly expanded the options for addressing issues such as proximity and geographic specificity of messaging.

Identifying seekers and/or individuals of peace who, in turn, can become key factors in ‘movements’ has challenged the missions community for over 50 years. How can media agencies effectively galvanize or support the individual’s role in development of local fellowships?

The highly individualistic ethos of Western Christianity has had a profound effect on how funding for media-related initiatives is evaluated.

Western funding has heavily favored the digital equivalent of ‘how many raised their hands?’ or ‘how many walked down the aisle?’

But there have been no categories, no metrics designed to evaluate the growth in believers’ maturity or the health of local fellowships.

Another way to summarize what I am suggesting is this: can at least one element of our media or communications strategy seek to strengthen and empower existing local believers and their fellowships to ‘do the evangelism’ rather than the media primarily seeking a direct relationship with the ‘seeking’ individual? 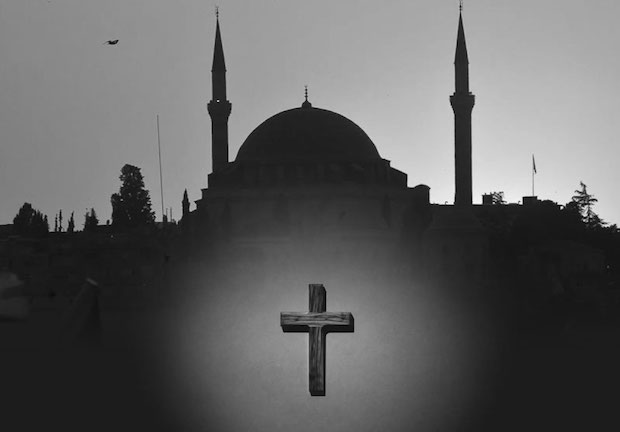 In my experience, the media and its relationship to on-the-ground issues were first seriously explored in 1986 by eight agencies focused on North Africa.

Three of the eight were broadcasters, the only electronic media involved in evangelism in the region at the time.

At these meetings in Spain, it was learned that frequently the same individual was contacting multiple broadcasters often asking for advice, requesting Bibles, etc.

The challenge? Turning these apparent ‘seekers’ into believers, disciples, and ultimately seeing them in local fellowships. 6

As both content producers and forms of communication proliferated, the challenges continued for media-based initiatives. Later, a well-intentioned, multi-agency initiative, GRMS, was diligently pursued seeking to address the same challenges. It is a story with which many are well acquainted.

Since those meetings in Spain in 1986 the ‘national church’ of Muslim Background Believers (MBBs) across Libya, Tunisia, Algeria, and Morocco, despite receiving little explicit attention by media, has managed to slowly grow.

An exemplary exception being one media team based in Tunis which has focused on strengthening local fellowships and their leaders.

Ultimately, the challenge is that a decision to become a Jesus follower in traditional cultures occurs in a highly personal, relationally-intensive context over which the media have little or no control. The sounds and images of media must be translated into flesh and blood.

Shalom Swartz, cited earlier, in his study on culture and decision-making highlights seven key elements in culture that affect decision-making. Three of them are conservatism, harmony, and hierarchy.

These are characteristics typically reflected in cultures where religion plays a significant role in shaping day to day behavior.

A brief BBC News piece chronicles the implications of a Muslim converting to Christianity in London.7 Imagine the implications for a convert in a village in the Atlas Mountains of Morocco. The stories of often horrific circumstances surrounding new converts are widespread.

The initiatives and experimentation accompanying social media are constantly proliferating and should, of course, only continue to be explored and strengthened.

Yet is it not reasonable to consider allocating at least a portion of the media resources specifically to the members, and, particularly, leadership of the existing local fellowships in ‘hostile’ areas like the Middle East and North Africa? 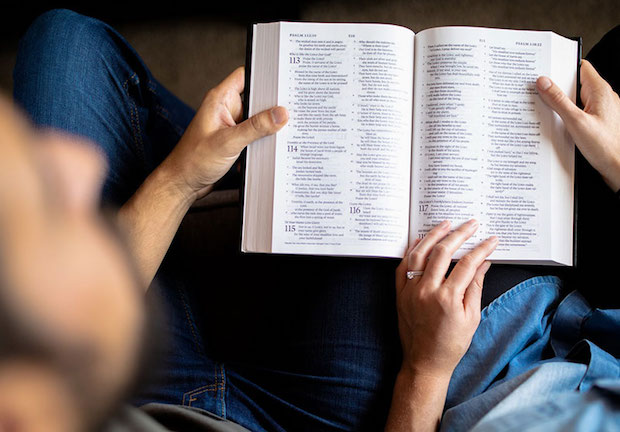 The potential of local fellowships

So, in effect, we feel we must make an ‘end run’ seeking primarily if not exclusively media-inspired movements. And, typically, these initiatives focus on individual decisions.

If we focus on strengthening local fellowships and their leaders, the question I have most often heard is, ‘What should be the content?’

At a North African regional evangelism conference in 2018, 8 the leaders suggested these priorities for media content:

- Strengthening the quality of local leaders’ personal spiritual life and their leadership skills.

- Alerting and, in some cases, educating local fellowships and their leaders in ways they can provide relational covering and safety for serious ‘seekers’ and new believers.

- Creating a vision for how their fellowship can move from fear to favor in their local community, strengthening their credibility and potential impact.

- Giving them a vision for how their fellowship can be an engine of replication—being a key element in a ‘movement’.

- Share stories, case histories, and testimonies of leaders and other fellowships who have seen real blessing as their local fellowship becomes a reproducing element in God’s plan. Local leaders need encouragement from examples of real people leading other fellowships.

A good start would be a working meeting of media and on-the-ground ministry leaders, focused on these issues—including those who fund media initiatives! Experimental initiatives could be designed with specific objectives and agreed metrics for evaluation. 9

I am not suggesting an either/or choice. Rather, could we consider a serious effort to experiment, to demonstrate and evaluate the potential of investing in the existing and emerging fellowships in these areas traditionally hostile to the gospel?

It is not really a question of money or of technical capability. Ultimately, we must face our readiness to seriously explore issues of stewardship—readiness to take risks and honestly face the implications of our fundamental assumptions.

How will the Holy Spirit empower God’s people to spread the good news most effectively so that all may hear of him, the giver of life?

Phill Butler, Over the last 50 years, he has worked in over 70 countries. He has written extensively in the field of communications and missions, authoring the book, Well Connected: Releasing Power, Restoring Hope Through Kingdom Partnerships.

He now serves as Senior Strategy Advisor with visionSynergy, which he founded in 2004. Phill’s full collected works on collaboration can be found on his website.

This article originally appeared in the September 2021 issue of the Lausanne Global Analysis and is published here with permission. To receive this free bimonthly publication from the Lausanne Movement, subscribe online at www.lausanne.org/analysis.

2.  Shalom H Schwartz, ‘A Theory of Cultural Values and Some Implications for Work,’ Applied Psychology: An International Review, Vol. 48 (1999): 23-4, as quoted by Glazer and Karpati in their paper ‘The Role of Culture in Decision-making,’ Research Gate, September 2014.

4. ‘Media influence is greatest in informing people and creating initial attitudes; it is least effective in changing attitudes and ingrained behaviors’, writes Levi Zeleza Manda in ‘Role of mass media in development: which media; what approach?’, http://www.academia.edu/2530414/Role_of_media_in_development_which_media_what_approach. ↑

6. A YouTube video unpacks the complex but fascinating story in more detail, showing the basic challenge has not changed, https://www.youtube.com/watch?v=j7cmpxOnvvk&t=9s.