Surf’s first ever Olympics gold medal: “I prayed every morning at 3 am”

The Brazilian Italo Ferreira went through an odyssey to qualify for Tokyo2020. “God has made my dream a reality”. 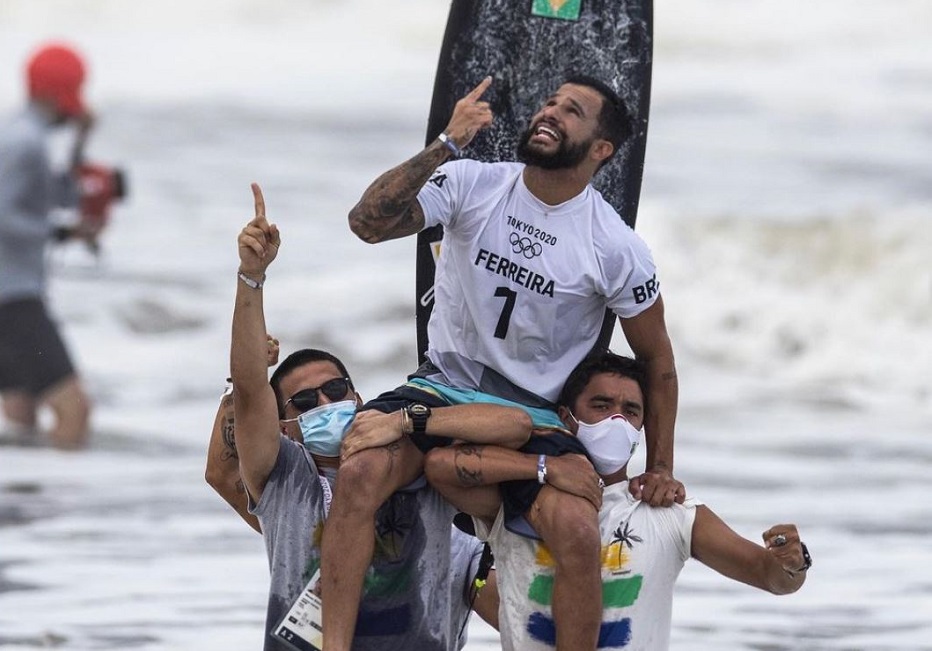 Italo Ferreira has become the first ever surfer to win a gold medal in the Olympic Games.

The Brazilian won the Tokyo 2020 final against the Japanese Kanoa Igarashi in what was the first time there was a category for the sport that consists in chasing waves.

“I came to Japan with one motto: say amen to the gold that is coming”, he confessed. “I had this sentence written next to my bed”, Ferreira explained. “I prayed every morning at 3 am, asking God that he would make this dream com true. And here it is, my name in the history of surf”, he said after winning the gold medal.

“I have trained a lot in the last months, and God has accomplished my dream, I can only thank God for giving me the opportunity of doing what I love. This is me, I went into the water without pressure, doing what I love”, he said visibly moved.

In a Instagram post with photos of the award ceremony, Ferreira wrote: “Thank you God, all glory to you”.

Hurdles in the way

Ferreira qualified for the Olympics after winning the surf world championship in 2019, also in Japan. But the circumstances almost made it impossible for him to compete.

Ferreira was training in the United States when, just before travelling to Japan, someone broke into his car and stole several belongings, including his passport and the travel visa to enter the Asian country.

He got new documents just in time to fly, but then a typhoon delayed his flight for over 18 hours.

When he finally arrived in Japan, his competition leg had already started, and he got just in time to the shore to compete, using a board that another surfer lent him. He went into the water for his first performance wearing the same shorts he had been wearing on the plane.

In the minutes left for the end of the first competition, Italo was able to get a score for two waves, and qualified for the second leg. He would end up winning the competition, earning the qualification for the Olympics.

The Brazilian was born in a poor family, and was discovered in the city of Natal by a talent scout. “I got to the beach, got out of the car, and saw this kid, doing a 360 air”, explains Luiz ‘Pinga’ Campos in an interview with the World Surf League. “Another 360 air. I asked the guys there, ‘What’s the kid’s name? ‘The kid is Italo’”.

Published in: Evangelical Focus - life & tech - Surf’s first ever Olympics gold medal: “I prayed every morning at 3 am”