Spain: 82% of the highest wages belong to men

According to the WEF, it will take 118 years to finally close the global gender pay gap. Women are earning now what men were 10 years ago. 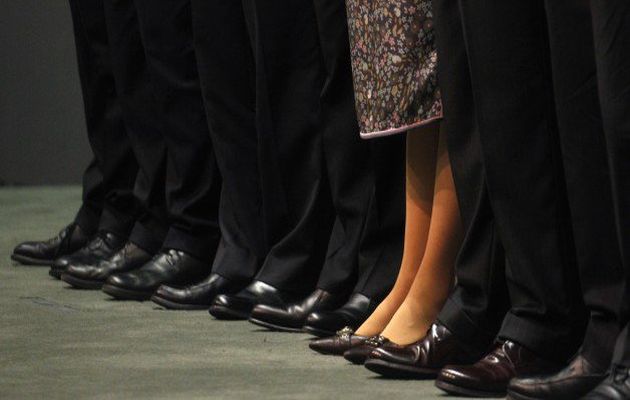 The World Economic Forum (WEF) has published the WEF's Global Gender Gap report, which analyses whether men and women have the same rights and opportunities in each country in four areas: health, education, economic participation and political empowerment.

Scandinavian countries are still doing the most to close the gender gap overall, just as they were 10 years ago. Although they not have not achieved total equality yet, Iceland, Norway, Finland and Sweden occupy the top four rankings out of 145 countries.

"They have the best policies in the world for families", report's lead author, Saadia Zahidi, explains. "Their childcare systems are the best and they have the best laws on paternity, maternity and family leave", she adds.

Right after them, in the sixth position, is Rwanda, which ranks above the US and the UK in the index. Its high score is down to the number of female politicians active in the country.

After the genocide there, more women have been brought into politics, and now 64% of its parliamentarians are female. It also has more women in its labour force than men.

According to WEF, it will take 118 years - or until 2133 - until the global pay gap between men and women is finally closed.

Despite the fact that nearly a quarter of a billion more women are in the global workforce today than a decade ago, the reports says progress on closing the gap has stalled in recent years. 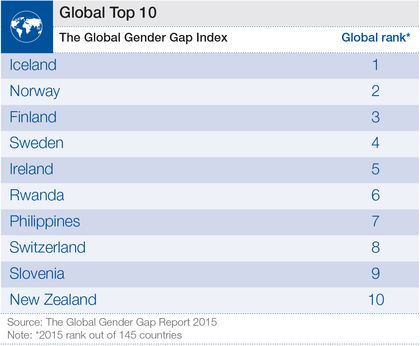 Women still do not seem to reach the top positions in business, politics or public service in the same way that men do. The WEF believes only three countries have more women than men in leadership positions: the Philippines, Fiji and Columbia.

In several countries, more women are more educated than men, but that is not translating into more women occupying skilled roles or leadership positions.

The study criticises that progress on closing the wage gap has been "stalling markedly" in the last few years. The data reveals women are earning now what men were 10 years ago - a global average of just over €10,400 compared with €19,200 paid to men.

In Spain, the Ministry of Economy has just release the latest official data about the labour market, which show that 82% of the highest salaries belong to men.

One of the biggest changes has taken place in education: the report confirms a reverse gender gap is emerging in higher education over the last decade, with more women in university than men in 98 countries. 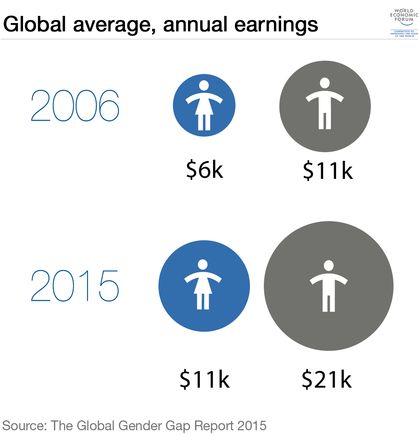 Sixty-eight countries in the world now have more women than men in skilled positions, such as doctors, teachers and lawyers.

Zahidi believes this may be down to the fact there are much better data: "there is now a much higher awareness of the problem and some corrective measures have been put in place but perhaps they haven't yet paid off", she argues.

WHAT´S NEXT IN EQUALITY GENDER FIGHT?

The WEF is convinced that real change starts in the home, not just inside governments or big businesses.

"Unless we start changing the culture around the division of labour at home there is always going to be that extra burden on women", she says.

"That means we are not going to be able to maintain those high levels of women joining the workforce all the way through to middle management and senior positions", she concluded.