Short films to fight against corruption

Spanish Christians organised a short films contest about daily corruption. Members of the “#Breakupwithit” campaign were part of the jury. 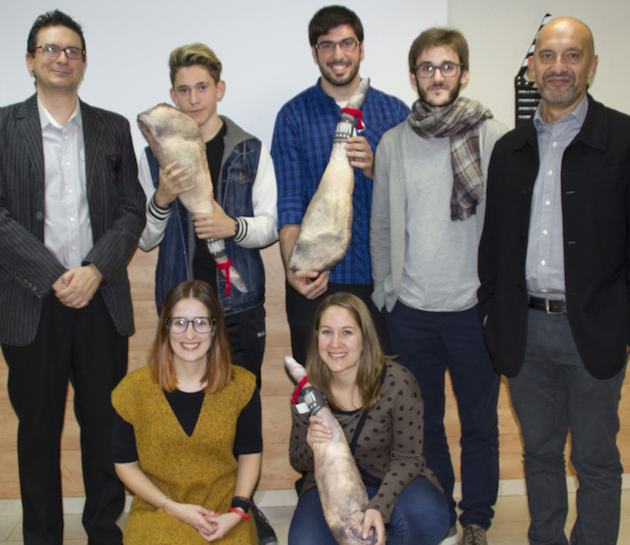 The winners and the jury. / Delirante

On October 2015, a group of evangelical Christian Spanish students and young graduates propelled an initiative through which they publicly commited to “break up” with any form of corruption.

Throughout this year, the promoters of the “#Breakupwithit” campaign have given ideas and suggestions to make that commitment easier to keep. They have a blog where there are articles with alternatives to use open free software; testimonies of people who have decided to “break up” with corruption and explain what difference does it make in their day to day life; and a multimedia section, where different kind of people, from pastors to youth leaders, journalists, or teachers, share their view of corruption in several videos.

The group also organizes talks about corruption, and works with other associations which share their perspective.

Among those initiatives, they have recently participated as the jury of a short films made with a mobile phone contest, organised by the Christian cultural association “Delirante”. 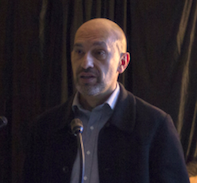 The award ceremony took place in Madrid, on Saturday, November 12. Three short films were awarded during a ceremony where the importance of fighting corruption in our everyday life was emphazised.

The winner received a check of €500, simulating a “black” credit card (a symbol of one of the biggest corruption cases in Spain) and a gift pack that included a typical Spanish ham (a gift that is usually used as a bribe). The two finalists received a check of €150 each, and the same gifts.

Curro Royo (a well-known Spanish film and TV screenwriter) highlighted the merit of the participants, facing the difficult challenge of transmitting social awareness in a few seconds, with only a mobile phone.

DAILY CORRUPTION
The event was opened by Gabriel Fernández, Counselor of Culture of the Evangelical Council of Madrid, followed by Luis Marián, the event coordinator, who reflected on the theme of the short films: our daily corruption.
Marián talked about the necessity of a change of mentality "from the bottom", to have a more just and less corrupt society.

"To what extent the corruption of the high spheres is only a reflection of the society?", he wondered. He provided data regarding these issues, and encouraged the audience to make a change of attitude, starting with the smallest gestures. 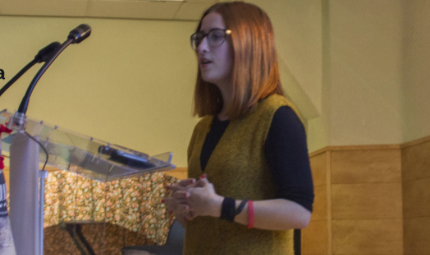 THE BIBLE HAS SOMETHING TO SAY

Marián emphasized the mentality of Protestant countries (the least corrupt in the world according to Transparency International) and the influence the Bible has had in those societies: individual and collective ethics slowed down corruption.

The Bible says that having mechanisms of mutual control and accountability of the upper echelons is a priority. It also teaches the awareness of individual responsibility, "even if nobody sees us".

"Whenever we talk about the problem of corruption, we take for granted that we are talking about the corruption of others, not our own”, stated the artist Ana Rodrigo, the reprensentaive of the #Breakupwithit campaign in the jury. Rodrigo mentioned the code of good practices of the campaign, which proposes concrete personal commitments that we can take to fight against corruption.