“You need unity in leadership, a clear vision, and people to see a church growing”, says church planter Oivind Augland, in an interview about church planting and growth. 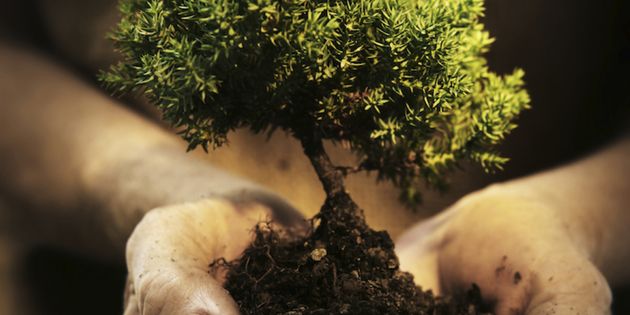 The number of churches opened in some European countries has increased in the last decades, but there are still places where church planting is not easy, and in many countries Bible-believing Christians are less than the 1% of the population.

Why do some churches grow while others stop growing? What are the causes of stagnating churches and what can be done? What causes a church to grow? Why have some countries seen great growth?

Oivind Augland has been a pastor and church planter within the Evangelical Lutheran Free Church of Norway for twenty-three years. He is currently leading his denomination’s church planting efforts.

Augland has led the national network for church planting in Norway for ten years (DAWN Norway) and is the founder of M4 Church Planting network in Europe, which is currently working in ten countries.

In an interview with the European Leadership Forum, Augland analysed the reasons of some churches' growth, explained the different growth stages of the local church, and talked about the importance of crisis in a church’s growth process, and how to deal with transition times.

“A MATTER OF FAITH”

When thinking about church growth, Augland points out that its important to keep in mind that “God wants to see his church grow”, so leaders “should have that mentality of growth.”

“Researches in the UK has shown that when the pastors and leaders have that mentality, it is more likely that the church grows”, he adds.

According to the the founder of M4, “it is a matter of faith, and also of the surroundings, because some soil is hard and other more fruitful” , but it also has to do with the type of leadership the church needs in different phases. It is about faith and leadership, what do they believe can happen.”

LEARNING THROUGH THE CRISIS

“Through the crisis we can learn something, and all churches in a growth phase go through some crisis”, Augland states.

He explains that during “the pioneer phase, in church planting you bring people into pioneering, it's very dynamic, you clarify vision, you put the DNA, the culture of the church, but when you grow you suddenly hit something, and people start to complain.”

That has happened throughout history, in fact, “that’s biblical, in Acts 6 the church grew, they were filled by the Holy Spirit, and they complained”, the church planter says.

“EMBRACE THE CHALLENGE AS AN OPPORTUNITY”

“When you grow, there is a need of more structure, and that’s a crisis phase, those who come with questions are enemies, they are kicked off and they replant a church, because its much more fun that people agree with me”, he says with irony.

In these situations, it is much better “if you embrace the challenge that is coming, and see it as an opportunity for the next phase of growth”, but “some churches don’t confront that, they replant, or they stop.”

“In the first phase of growth, you recognise potential in leadership.”

In the second phase, you train the leadership, you give more space, you give authority, that’s the structural phase, you need a structure”, he says. “As it says in Acts 6, let the leader concentrate in being a leader, and let others get the ministry of serving the poor, or helping the needy, so that you structure the work in a new way”, the Norwegian pastor says.

“In the next phase you keep growing, and suddenly you hit another roof, people wonder if they are doing what they should, because you are moving to a new pioneer phase”, Augland explains.

Another challenge is that “the pastor needs to go from managing the church to lead it, and most of the pastors do not have enough leadership skills, and they do not lead to the next phase, they do not give enough space to new pioneering, they keep it like it is.”

According to Augland, “you can look at transition in different ways. Transition happens through the phases of growth. Every phase is different and it has its own transition characteristics, and you have to be aware of them.”

The church planter warns against “jumping over phases”, because if some one does it, “you will probably, within 3 to 5 years, have big troubles, because there are some things in the decision growth of each phase that are important.”

To transit from a declining church towards a growing church, it is important to “have a clear understanding of where we are, and then build a team from the centre of the church, because you cannot change a church without its leadership, the changing process is so hard.”

“Often the change does not come from the centre, but from the fringe. The leadership gives vision for something else, they paint the picture of an alternative future that they believe God will lead them into, and then they create a space for people to start to create that new culture.”

And he adds that “you need to be clear about what you want, because when you say:this is where we are going, you will have people who complain.”

“You need unity in leadership, a clear vision, and enough people in the group that will move you towards that”, he concludes.