“God works in both the shepherds and the sheep”

Jay Eastman talks about the foundation of disciple-making leadership in an interview. “Out of the identity of being one with Christ, we are able to feed other fellow sheep.” 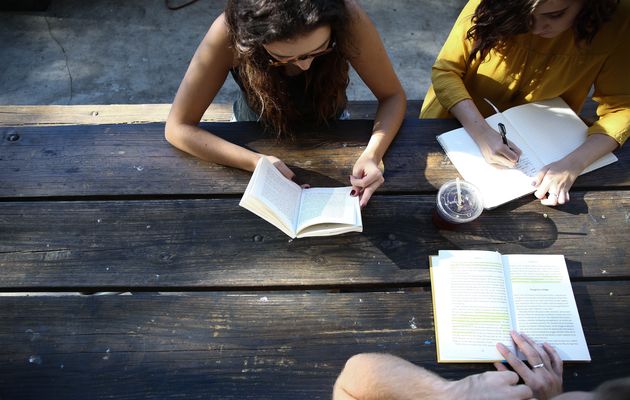 Discipleship has to do with following Jesus. / Alexis Brown (Unsplash).

How can churches and Christian ministries select and train Christians to be mature leaders? What can we learn about discipleship from the Bible?

In John 21, Acts 10 and I Peter 1, we see how God grows Peter as a disciple-making leader, and how that growth is imparted powerfully to others through Christ and the Holy Spirit.

Jay Eastman was born and raised in the US, attending The Ohio State University for undergraduate and graduate school. He has degrees in English and English education, and has taught English in the US, Latin America, and Germany.

Jay has worked in former East Berlin as an evangelist, discipler and church planting facilitator for Mission to the World (MTW) since 2001.

He also serves as an MTW team leader and European director of ongoing education and professional development for MTW employees and partners. He is married to Holly and they have three children.

In an interview with the European Leadership Forum in Wisla (Poland), Eastman speaks on discipleship in the Bible and in the church today, the foundation of disciple-making leadership, and how that bring glory to the Lord and joy to Christians.

Eastman explains that “in John 21 we see how Jesus came to where Peter was, he met him in the place where he fist called him, and said: come and eat breakfast with me, a sign of peace and unity in the ancient Israel culture.”

“This is a holistic picture of Christ meeting someone who has said: no, I do not know you, but he said: I am making peace with you, follow me”, he adds.

According to Eastman, “as we follow Christ, we have the identity of someone whom Christ has made peace with, and therefore we can go and enter into someone else's life, who is feeling discouraged, empty, a failure... and say: I know how you feel, and Christ has met me right there, let's go meet him together. That is a powerful model of discipleship.”

“God is working in both the shepherd and the sheep at the same time. So often we can get so lost on the idea of feed the sheep, that we can forget about following Christ, we have to remember that Jesus is at work in us”, Eastman warns.

“Peter's cultural reality was absolutely shaded, he realized that God's grace had a deeper hold on him than he thought, and out of that realization and humility, he is able to go and respond to the call.”

Eastman tells the story of Peter and Cornelius in Acts 10, to explain how God worked “to bring them together, in order for Peter to change and Cornelius to come to faith.”

“WE ARE SHEPHERDS BUT WE ARE ALSO SHEEP”

Eastman explains that “we found the foundation of disciple-making leadership again in John 21: meeting with the person of Christ, who comes to us in the midst of failure or success, wherever we are, He meets us there and says: follow me.”

He emphasizes that only “out of this identity of being one with Christ, we are able to feed other fellow sheep”, because “we are shepherds but we are also his sheep.”

“We say yes to Him out of love, out of the security in the relationship we have with Him, but we do not know where that will lead, and that then forms the issue of trust. As we trust Him, we can share that with those we disciple”, the MTW worker says.

“When we are disciple-making, we realize that it has been the command we have been given, but we also know very quickly that if we try to do it in our own strength, it usually does not go very well for very long, we usually come to the end of ourselves”, Eastman points out.

That is why “after we reach that painful part, it is our joy to truly rely on God in new ways we did not know were possible. Then, He receives more glory, and we receive more joy, because He is the one with the authority and the power. We can testify of that, and that is a very beautiful dynamic of discipleship”, he concludes.

You can see the full talk Jay Eastman did on this topic here.

Published in: Evangelical Focus - life & tech - “God works in both the shepherds and the sheep”