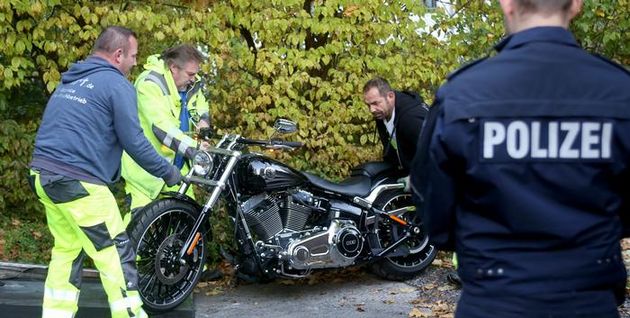 More than 700 police officers are involved in the crackdown against the Hells Angels in over a dozen German cities.

More than 700 police officers are involved in the crackdown against the Hells Angels in over a dozen German cities, including Cologne, Wuppertal, and Düsseldorf in North Rhine-Westphalia (NRW).

In the the raids, which started at 6am on Wednesday morning, the authorities have so far seized bikes, cash, and computers belonging to two Hells Angels groups, as well as bikers' "cuts" — the vests bearing symbols of their association.

Due to the "dangerousness of some bikers", special police units, experts on organized crime, people acquainted with the "biker scene" and numerous service dogs are also on site.

The police crackdown is expected to continue until Wednesday afternoon. The coordinated action has been unfolding "without any incident", a police spokesman said.

The operation was initiated to enforce the interior ministry of NRW’s ban - announced early on Wednesday morning - on a group of Hells Angels active in the Erkrath area close to Düsseldorf and their sub-organization Clan 81 Germany, the police in Essen has informed.

“It is still far too early to draw any results", Lars Lindemann, spokesman for the police in Essen, pointed out.

People are terrified of this and the ban is part of “a zero-tolerance strategy of the state government against criminal biker gangs”, the government explains.

“THEIR LIVES CONSIST OF PROSTITUTON, VIOLENCE AND DRUGS”

“The members of the organization have demonstrated they are criminals. Their everyday lives consist of forced prostitution, violence, weapons, and drugs", said NRW state Interior Minister, Herbert Reul, in a statement.

According to the Minister, "the state will not tolerate the growth of these parallel societies that disregard its authority and its monopoly on legitimate use of force".

With a strong member count, Hells Angels are considered to be the most powerful biker gang in the world. The organization was set up in 1948 in California by group of Harley Davidson motorbike fans. It quickly grew worldwide, with a presence now in about 30 countries.

The first German offshoot was created in 1973. Hells Angels are notorious in Germany for their links to drug smuggling, prostitution and other organized crime.

The crackdown against the Hells Angels In Germany coincides with the European Anti-Slavery Day, the world’s fastest growing global crime. 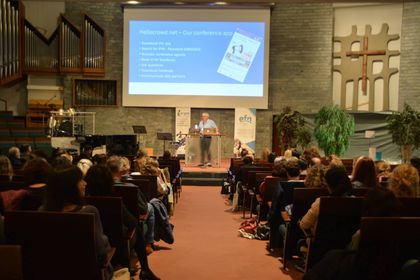 More than 30 million women, children and men are estimated to be trapped in some form of modern slavery in the world today.

Last Sunday, October 15, many churches around the world celebrated the Freedom Sunday, a global day of worship, prayer and action, to raise awareness of the crime of human trafficking.

Additionally, thousands of people,in more than 150 cities all around the world, walked with black shirts and yellow bandanas across their mouths, giving voice to those who suffer these abuses, in the Walk for Freedom,organised by A21.

The European Freedom Network (EFN) has released a new video, as a part of its Don’t Shut Your Eyes campaign,and its Conference Bridge 2017 about human trafficking and sexual exploitation is taking place this week in Berlin, Germany.