Theologian Michael Reeves explores some of the lessons we can learn from how the Reformers learned to preach Christ half a millennia ago. 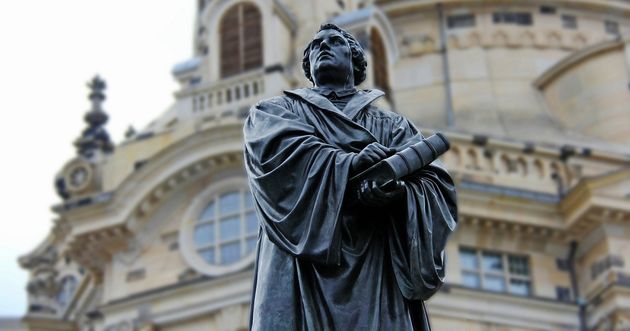 The Protestant Reformation began 500 years ago, as Martin Luther nailed his 95 Theses to the church door in Wittenberg.

What was recovered in the following years was not just a biblical doctrine of salvation, but also a healthier approach to preaching the Bible to the people.

According to Union School of Theology President, Michael Reeves, the first Reformers saw that “what people need is the Word of God, which drives away the darkness and brings live”.

“The Bible in the Reformation was made available in the language that the people could speak”, Reeves explains in an interview during the European Leadership Forum in Wisla (Poland).

Right after that, “generations of preachers raised up, who were boldly proclaiming in churches the gospel of Christ in a way it has not been seen in centuries before”.

Reeves points out that “the Reformation changed the content of preaching from exhortation to simply try harder, to: behold Jesus Christ in all His goodness, in all He has done for you, and when you see Him, then your life will be utterly transformed”.

“Luther saw that people need to hear of the grace and glory of Christ, so that they not only aim to change their behaviour, but they find themselves beginning to love Jesus more than they love their sin”, he concludes.

Read the interview below.

Question. What did the Reformers believe about the power of preaching?

Answer. Before the Reformation, preaching really had had anything like the kind of role that the Reformation gave it, because it was assumed that simple, uneducated people, who could not read, would not be able to understand the complexities of the text of Scriptures.

What was given to ordinary people were pictures of Biblical stories, statues. The language used in churches was Latin, which they could not understand.

And what it was thought people needed was simply: come to church, you receive the sacraments, and you see some pictures which might help you see the Christian world you inhabit, but if you do not understand these things, it is ok.

The Reformers came to see that they did not want to give people uneducated, unformed, basic idea about the Christian world, what people need is the Word of God, which drives away the darkness, brings live, brings creation into a new creation being. That is what people need.

The Bible in the Reformation was made available in the language that the people could speak. First in German, then in English, then in multiple languages across Europe.

People began to preach it, because they saw it is the Word of God that releases slaves, awakens the death, overcomes people’s darkness and that is the fundamental human need: to bring the knowledge of the light of the glory of God in the face of Jesus Christ into people’s life. Not little messages, not help, but the Word of God that will bring life.

The Reformers suddenly had a very high view of preaching and saw that it was what people need, they need to hear the Word of God brought into their lives. And that was quite new.

In the sixteenth and seventeenth centuries, you see generations of preachers raised up, who are boldly proclaiming in churches the gospel of Christ in a way it has not been seen in centuries before.

Q. How did the Reformation change our view of the content of preaching?

In medieval Catholicism, it was thought that our basic problem was that we were lazy and we need some grace to energize us. Grace is like a “Red Bull” which will encourage people.

If there is any preaching, it is basically a “pep talk”: “try harder, work more, go for it”.

Reformers saw that people are helpless in their sins, they are desperate addicts and slaves to the sin, and they need to hear about Jesus Christ, so that their hearts are turned to love God, and then they will live differently.

The Reformation changed the content of preaching from exhortation to “simply try harder,” to: “behold Jesus Christ in all His goodness, in all He has done for you, and when you see Him, then your life will be utterly transformed”.

Q. What can we learn from the Reformers about preaching’s goal?

A. There was debate between a Reformer and a Humanist over how humans work that really explains how reformers understood the goal of preaching.

The debate was between the Reformer Luther and the Humanist Erasmus.

Erasmus believed that our basic problem is quite superficial. We are lazy and need to try harder, and if you can get people to change that behaviour, that is what you really want. He wrote a little book about this, recommending in 21 points how to change your behaviour.

My problem as a sinner is that I love other things rather than God. That is how Paul defines sinners in 1 Timothy, lovers of self, lovers of money, instead of lovers of God.

Luther saw that they need to hear of the grace and glory of Christ, so they not only aim to change their behaviour, but they find themselves beginning to love Jesus more than they love their sin, and they freely walk away from that sin, wanting Him more.

The Reformation changed the goal of preaching by going deeper, by going for the heart and not just the behaviour, looking to produce a greater love for Christ than for anything else.

The effect was utterly transformative in reforming people at a much deeper level.

Michael Reeves is President and Professor of Theology at Union School of Theology in the UK. Previously he has been Head of Theology for UCCF and an associate minister at All Souls Church, Langham Place, London.

He is the author of Introducing Major Theologians, Why the Reformation Still Matters, The Unquenchable Flame, The Good God, and Christ our Life, co-editor of Adam, the Fall and Original Sin, and holds a doctorate in systematic theology from King’s College, London.

He is married to Bethan, and together they have two daughters, Lucy and Mia.

Published in: Evangelical Focus - life & tech - “The Reformers came to see that what people need is the Word of God”