A Pew Research report shows that Christian affiliation has declined in Western Europe, while substantial shares in Central and Eastern Europe believe in God and have greater religious commitment. 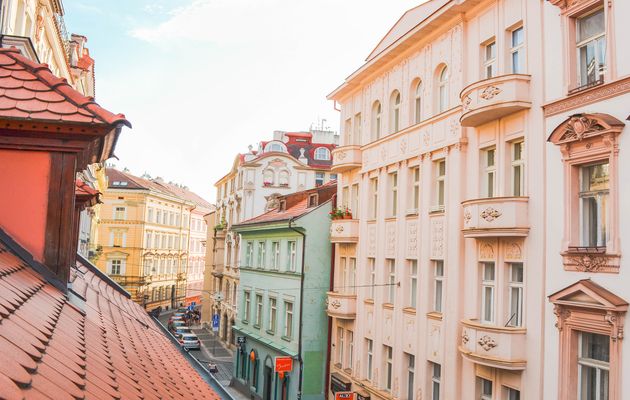 It is an analysis that combines survey results from two previously published Pew Research Center reports on European attitudes: “Religious Belief and National Belonging in Central and Eastern Europe” and “Being Christian in Western Europe”.

The report points out that Christianity “has long been the prevailing religion in Europe, and it remains the majority religious affiliation in 27 of the 34 countries surveyed, which still have solid Christian majorities”, but there has been “a significant decline in Christian affiliation throughout Western Europe”.

Meanwhile, “this trend has not been seen in Central and Eastern Europe, where Christian shares of the population have mostly been stable or even increasing”, the survey says.

In most of the countries, Muslims and Jews make up relatively small shares of the population, and surveys often are not able to reliably measure their precise size, with the exception of Bosnia, where roughly half of the population is Muslim, or Russia and Bulgaria, which have sizeable Muslim minority populations.

Additionally, at least 15% of the population in every Western European country surveyed, define themselves as atheist, agnostic or “nothing in particular”. The countries with more religiously unaffiliated people are the Netherlands (48%), Norway (43%) and Sweden (42%). Czech Republic is the only country on the entire continent where unaffiliated form a majority (72%). 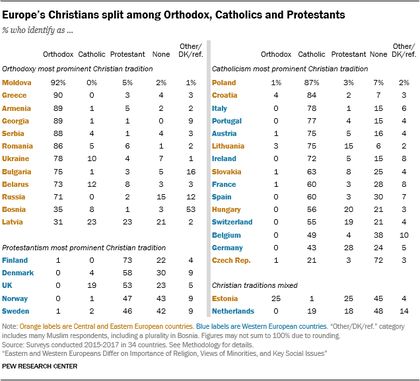 In countries where communist regimes once repressed religious worship, Christian affiliation has shown a resurgence since the fall of the USSR in 1991. In Ukraine, for example, more people say they are Christian now (93%) than say they were raised Christian (81%); the same is true in Russia, Belarus and Armenia.

According to the survey, in Russia and Ukraine, “the most common explanation given by those who were raised without a religion, but are now Orthodox is that religion has become more acceptable in society. Another reason is a connection with their national heritage”.

On the contrary, far fewer Western Europeans say they are currently Christian than say they were raised Christian. This “reflects how the region’s religious landscape has been changing within the lifetimes of survey respondents”, Pew says.

Europeans throughout the continent, generally show far less religious commitment than adults previously surveyed in other regions. The decline is specially significant in Western Europe.

On balance, the report shows that Central and Eastern Europeans are more likely than Western Europeans to say that religion is very important in their lives, that they attend religious services at least monthly, and that they pray every day.

For example, “roughly 30% of Slovaks, Greeks and Ukrainians say they pray daily, compared with 6% in the UK, or 8% in Austria and Switzerland”.

Survey data points out that, fewer than two-thirds of adults in most Western European countries say they believe in God, and in countries such as the Netherlands, Belgium and Sweden, the figure grows to fewer than half of adults.

In the Central and Eastern European countries, there are large majorities which say they believe in God , including overwhelming shares in several countries, such as Georgia (99%), Armenia (95%), Moldova (95%) and Romania (95%).

In addition, Central and Eastern Europeans are more likely than Western Europeans to express belief in fate (that the course of life is largely or wholly preordained), and in some phenomena not typically linked with Christianity, including the “evil eye” (Certain people can cast curses or spells that cause bad things to happen to someone) and reincarnation.

“Europeans are largely united in support of a separation between religion and government. More than half of adults in most countries say religion should be kept separate from government policies”, the reports says.

However, this view of church and state separation falls short of a majority position in some countries, such as Armenia and Georgia, where the balance of opinion favours government support for religious values and beliefs, as well as Russia, where 42% of adults say the government should promote religion.

Many Central and Eastern European countries, officially kept religion out of public life when they were part of the Soviet Union, but today, for most people living in the former Eastern bloc, being Christian is an important component of their national identity.

By contrast, most people in Western Europe don’t feel that religion is a major part of their national identity. In France and the United Kingdom, most say it is not important to be Christian to be truly French or truly British.

ACCEPTANCE OF MUSLIMS AND JEWS

The report also analyses the attitude of Europeans towards members of other religions, to show that, in nearly every Central and Eastern European country, fewer than half of adults say they would be willing to accept Muslims into their family, while in most Western European countries, more than half say they would accept a Muslim into their family.

A similar divide emerges between Central/Eastern Europe and Western Europe with regard to accepting Jews into one’s family.