Athletes in Action film “Struggle and Triumph” shows how the faith of Olympians Lauryn Williams, Daniel Dias, Li Yan and Wilson Kipsang helps them to overcome the struggles and find their true identity in Christ. 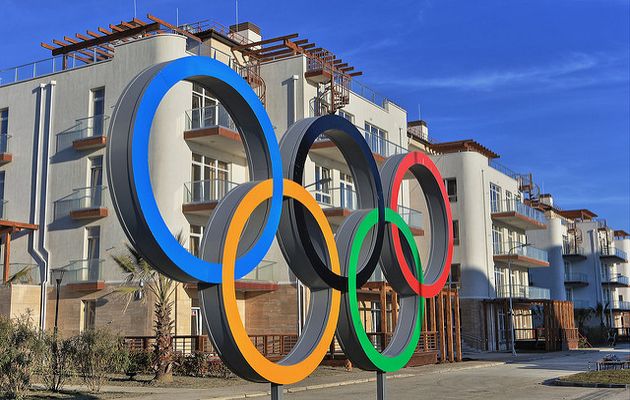 Every four years, the world looks at sports for two weeks. Media headlines focus on the Olympic Games, and everyone wants to see their country winning a gold medal.

But being an Olympian and winning a medal is very difficult. “Dreams are only achieved through defeat and victory”, Christian international sports organization Athletes in Action says.

That is what they show in the film Struggle and Triumph, which “depicts the reality, that struggles are a natural part of achieving anything great”.

“The Olympians featured in this film have achieved remarkable triumphs, but not without facing enormous obstacles”, they say in its website.

LAURYN WILLIAMS: “THE LORD DOES NOT WANT ME TO WORSHIP A GOLD MEDAL” 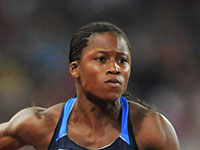 Athlete Lauryn Williams won the silver medal in the 100 meters at the 2004 Olympics, but disaster struck when the 4x100 meters team had to face disqualification.

Four years later, at the Beijing Olympics, the baton was dropped when a team mate handed it to her, and they were disqualified again.

After that, Lauryn decided to take the 2010 season off, and during that time she got involved in a Bible study an her life started to change dramatically.

She ran in the preliminary round of U.S. 4x100 meter relay team at the 2012 London Olympics, but was not selected to run in the final.

After retiring from track & field that year, she started training to become a bobsledder. Within a year, she qualified for the U.S. team for the 2014 Winter Games in Sochi, which won the silver medal.

“It’s really hard to balance the desire to do your best job and go for the gold but not have the gold be the thing that defines who you are. And the way I’ve managed it is by knowing the Lord, loving the Lord, knowing that He does not want me to be worshipping a gold medal”, Lauryn tells Athletes in action.

DANIEL DIAS: “ALL MY ACHIVEMENTS WILL FADE AWAY , BUT THE LOVE OF CHRST WILL NEVER FADE AWAY” 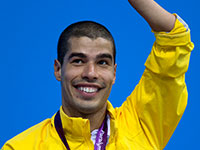 The next Olympian portrayed in the film is Brazilian Paralympian swimmer Daniel Dias, who had a difficult childhood. “Sometimes I was called names, and that really hurt me as a child”, he recalls.

But watching the Paralympics in Athens, Daniel learned there were sports for people with disabilities, and in just eight lessons, he learned all four strokes: butterfly, backstroke, breaststroke, and freestyle.

“It was God’s way of telling me: ‘This is your gift. Use it to speak of Me’”, Daniel says during the film.

In 2008, he travelled to Beijing to compete in the Paralympic Games, where he won nine medals, more than any other competitor.

At the 2012 Paralympic Games in London, Daniel had the honor of carrying the flag for Brazil. He earned six gold medals and set six new world records.

“I am beginning to understand why God made me this way. But the main thing is to serve Him. And to live my life as a follower of Christ. All these achievements will fade away, but the love of Christ will never fade away”. 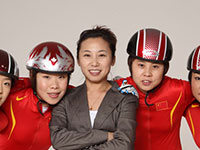 China’s national short track speed skating team head coach, Li Yan, is one of the most decorated coaches in the history of this sport. As a skater, she won 4 Olympic medals: 3 at the 1988 Winter Games, and 1 in 1992.

Li Yan began her coaching career in 2000, first in Europe, then in the United States, where she coached America’s skater, Apolo Ohno, to a gold medal at the 2006 Olympics.

During her time in the United States, Li and her husband became Christians. That year, she accepted to coach the Chinese national team.

At first it was not easy for her, because some of the skaters did not trust her, but, “through prayer I received strength. I could truly let go. After that, I thought, ‘When I return to China, I will change everything about how I interact with people’. When team members needed me, I would be there for them”.

Everything changed, and at the Vancouver Olympics, they won gold in all of the women’s events. Four years later, they earned more medals than any other country.

“At that time, I had an insight: we needed to be humble…I could not do this by myself, since God gave me these abilities. [...] I need to grow in Jesus Christ and grow in God. I hope that when athletes see me, they will think: our coach is different from the others because she has love”, Li Yan says.

WILSON KIPSANG: “WHEN THE BIBLE SAYS LOVE ONE ANTOTHER, YOU HAVE TO DO IT” 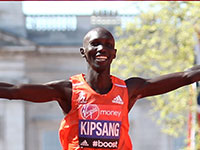 Very far away from Li Yan, in Kenya, marathoner Wilson Kipsang, has run since he was a child.

After finishing his education, Wilson joined the police, and a friend began inviting him to come to church with him. Wilson finally accepted his friend’s invitation, and became a Christian.

He started to compete in 10K and 20K races, and then running marathons. In 2010, Wilson finished in third place at the Paris Marathon. Six months later, he won the Frankfurt marathon in a course record time.

At the London 2012 Olympics, he represented Kenya in the men’s marathon. He finished third, earning a bronze medal.

“There are so many talents God has given me. God wants the talents and the gifts given to us, to use [them for] more. To multiply them”, Kipsang points out.

Wilson decided to give back to his community what he has received, so that he built a hotel, which has created jobs for more than 25 people. He also contributed to the construction of a new church building in Iten, and helped to finance a new school, where he serves as the director.

A PERSONAL RELATIONSHIP WITH CHRIST

Athletes in Action explains that all these Olympians have experience “love, redemption and purpose” throughout their processes of struggle and triumph, so that they use their stories to invite the viewers and readers to have a personal relationship with Jesus.

In addition to the film, the Struggle and Triumph website offers several articles about how the faith of many Olympians has helped them to overcome the struggles and understand that their true identity is in Christ.

Published in: Evangelical Focus - life & tech - Finding strength and purpose in Christ on the road to the Olympics