The Apple Watch has a Bible

As worldwide interest with Bible reading grows, YouVersion developers say their mission with the app is simple: to help readers engage more fully with the Word of God. 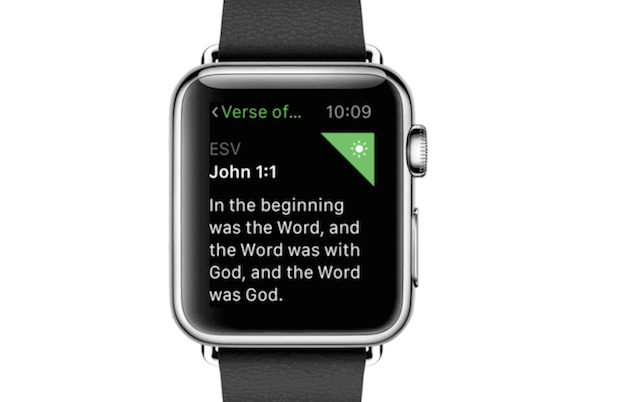 The massively successful YouVersion Bible app, which is available in 80 languages and 1,092 versions worldwide, is now offered for Apple Watch, app creator LifeChurch.tv has confirmed.

“We've put a lot of thought into what smart watches might mean for how people connect with the Bible. And for our first release on Apple Watch, we hope to equip you with revolutionary tools that will help you meditate more on what God's Word and Biblical community mean to you”.

The Bible app for Apple's first wearable device, which launches April 24, will include features from its iOS app specifically reimagined for the watch. The free app, which enables users to customize their experience without the interruption of ads, will include popular features such as Verse of the Day, Friends Notifications, Trending Verses and Your Verse Images, Bookmarks, and Highlights.

“After hours of discussing, debating, prototyping, experimenting, tweaking, discarding - then repeating the process - we landed on the features that we think will help you get the most from the Bible App on your Apple Watch,” YouVersion's website explains. “Now we're looking forward to the new ways we believe God will speak to you through his Word when you're able to give it this kind of constant, natural presence in your daily life”. 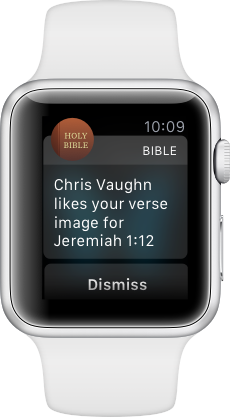 The Bible App, which has been downloaded more than 176 million times since its launch, has only grown in popularity over the past several years. From Easter 2014 to Easter 2015 alone, YouVersion recorded an impressive 248 percent increase in Bible reading.

“Over the past year as shows like A.D. and Finding Jesus have piqued culture's curiosity about the Bible, YouVersion has seen a spike in user engagement globally,” said Bobby Gruenewald, founder of the Bible App. “It is an exciting time of expansion and reach as the Bible takes the spotlight in America and becomes available to previously unreached people groups, making exploration of the Bible more readily available in all countries.”

As worldwide interest with Bible reading grows, YouVersion developers say their mission with the app is simple: to help readers engage more fully with the Word of God.

Apple Watch is available to pre-order in several countries in Europe and can also be seen on display in Apple Stores. Apple Watch will go on general sale on 24 April.

This isn't a worldwide launch, but it is rolling out simultaneously across Apple's key regions. So, come 24 April Australia, Canada, China, France, Germany, Hong Kong, Japan, the United States and the UK will see queues outside Apple Stores full of eager Apple Watch shoppers. More territories will be added “soon”, said Cook.

Published in: Evangelical Focus - life & tech - The Apple Watch has a Bible