Survey says 63% of world's population is “religious.” Thailand comes out as most religious country. European countries like Czech Republic and Spain among top ten "atheist" countries. 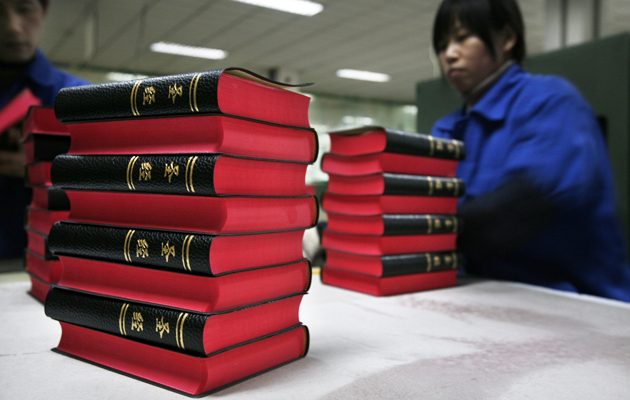 WIN/Gallup International has published its latest data exploring the religious beliefs of 63,898 people (about 1,000 in each country) from 65 countries across the globe.

According to the study, more than six in ten citizens around the world described themselves as "religious", while one in five (22%) said they were not and 11% considered themselves atheists.

Since several countries of Africa and The Middle East (where there is a lack of religious freedom) were not quizzed by Gallup, the most religious country is Thailand, where 94% belong to a faith and just 1% are atheists.

Following Thailand, we find Armenia, Bangladesh, Georgia and Morocco, with 93% of people who said they were religious.

At the bottom of the list was China, where only 6% of people said they were religious while 61% defined themselves as convinced atheists. 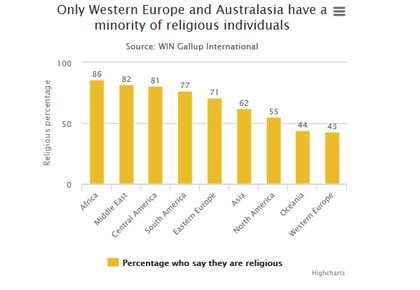 Western Europe and Oceania are where opinions are most polarized between those who think of themselves as religious and those who do not. It is also, in these two regions and in Asia where the largest number of atheists are found - slightly over 1 out of 10 in each region (Western Europe: 14%; Asia 14%; Oceania 12%).

In Africa, the Americas, Asia, Eastern Europe, and the Middle East, religion is well more than double the size of any of the alternatives.

The relationship between gender, age, income, education and people’s religiosity was also studied in the survey.

Overall, those under 34 tend to be more religious (about 66% as against about 60% for the other age groups), and people in the middle aged bracket (44-54) are the most likely to be atheist. 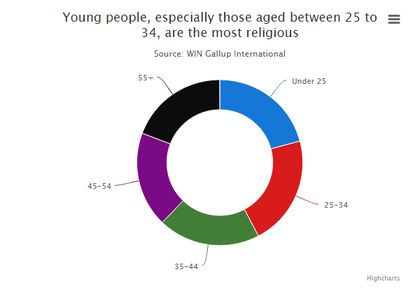 Individuals without what is considered an education are the most religious (80%) but religious people are a majority in all educational levels.

One of the more influential factors, it seems, is income: there is a marked drop-off in religiosity between middle income individuals and upper-middle individuals. It is especially pronounced in the number who identify as atheist, going from 8%in middle income to 25% in the 'medium high' range. 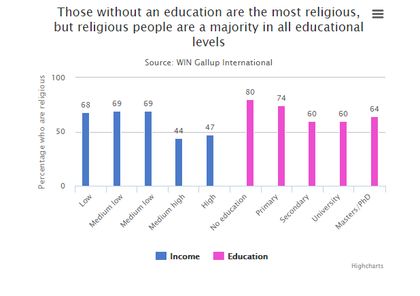 Jean-Marc Leger, president of Win/Gallup International, said globally an average of two-thirds of people still consider themselves religious. “Religion continues to dominate our everyday lives and we see that the total number of people who consider themselves to be religious is actually relatively high”, he said.

“Furthermore, with the trend of an increasingly religious youth globally, we can assume that the number of people who consider themselves religious will only continue to increase”, he added.

The Catholic Biblical Federation and GfK-Eurisko, carried out a survey in 2008 called “The reading of the Scriptures” that analyzed the reading and understanding of the Bible in nine countries: the United States, United Kingdom, the Netherlands, Germany, France, Spain, Italy, Poland and Russia.

The percentage of Europeans affirming they had read a Bible passage in the previous year varied from a high of 38% in Poland to a low of 20%.

Luca Diotallevi, a sociology teacher at Rome University, and the coordinator of the study, said a few more Protestants than Catholics reported having and reading the Bible, but the difference was so slight that it "was not statistically relevant."