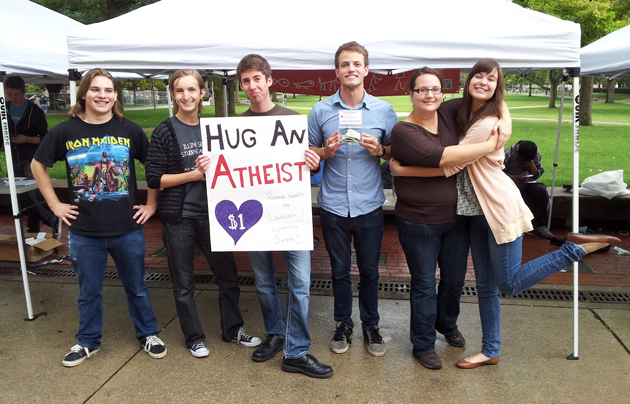 Atheist students campaign for their cause at the University of Illinois (USA). / ISSA

Being a secularist is not as ‘trendy’ as one would expect. At least, this is what contributing columnist of USA Today Tom Krattenmaker thinks.

In a recent article, the expert on religion in public life claims that agnostics, atheists and humanists are frustrated because their influence cannot be compared to what the gay movement has achieved in recent years. 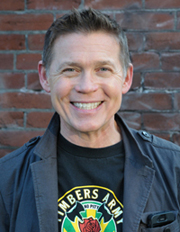 “Seculars are known for what they are not - religious - more than what they are”, Krattenmaker writes. “This is part of a wider reputation problem borne out by atheists (the most visible subset of secular America) emerging as the second-least popular religion-related category on a ‘feeling thermometer’ study by the Pew Research Center, with Muslims barely edging out atheists for the dubious honor of being last.”

This makes clear that “secular is not the new gay (…) Seculars have not faced the severity of demonization, bullying and violence that gays and lesbians endure”, argues the writer. “This makes non-believers a less sympathetic group, as does the perception that non-belief, unlike sexual orientation and racial identity, is a choice.”

“SECULARS TOO QUICK TO WRITE OFF RELIGIOUS GROUPS”

Seculars and Atheists have not yet convinced other people that there can be a morality without God, as most Christians argue. “Secular people can be and generally are ‘good without God,’ to cite the slogan of the American Humanist Association”, says the author. “Even so, the movement has a way to go in convincing the rest of the culture”.

Another area in which secular activists are failing is their aggressive approach to believers. “Secular organizations are often too quick to write off religious groups that could be their natural allies in advancing the common good and warding off encroachments on church-state separation”, claims Krattenmaker, who authored the book ‘Evangelicals you don’t know: Introducing the next generation of Christians’.

Finally, “the secular movement must overcome the problem of strangeness, the reality that in many parts of the country [Krattenmaker refers to the USA], people generally do not know anyone who is secular and ‘out’ and thus are deprived of seeing the ways in which seculars defy negative stereotypes.”

MEHTA: WE SPEND A LOT OF TIME INSULTING BELIEVERS

Commenting on these challenges, prominent atheist Hemant Mehta, admits that “Krattenmaker is right” in his analysis.

He asks for a change of attitude: “Atheists who have the opportunity to do so need to talk more about their values and share stories about what they’re gone through.”

“We have to find a way to get people who might disagree with us about God to be on our side in other ways. That doesn’t happen if we spend a lot of our time insulting them (publicly or otherwise).”

According to Mehta, atheists need to show what they believe through actions: “There have been advertising campaigns stressing how we’re ‘good without God,’ though a catchy slogan is no match for tangible actions. That means more volunteering, more charity work, and being on the front lines on issues where religion gets it wrong.”

You can read an answer to Atheism in this interview with Oxford professor Alister McGrath.