Although it’s licit and appropriate to enjoy what we have, it’s not if we do so at the expense of the One who gave it to us, and less so if we sacrifice His call for our own. 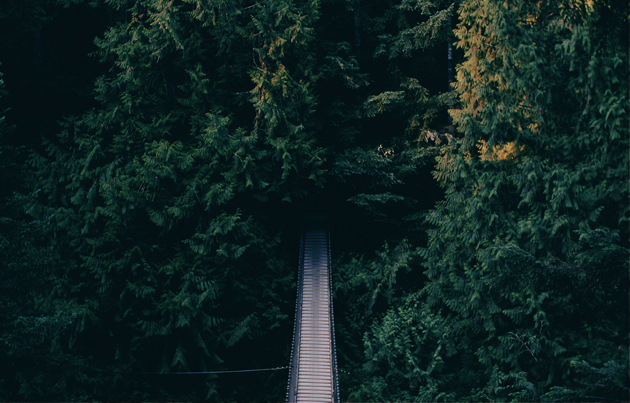 A few weeks ago I heard a phrase that continues to unsettle me and which I’d like to reflect on now. The phrase said: “May tranquillity not rob us of our calling.”

I don’t know if those of you reading this article now will find that phrase as impacting and challenging as I did when I heard it in that moment.  Whether or not that’s the case, I think that it’s worth dedicating a few minutes of our time to the implications it contains.

Let’s suppose that it’s not such a big deal.  At the end of the day, that’s what we often think when a phrase hits the mark: that perhaps the author was exaggerating.

“Such sense of urgency is often more in the mind of the one speaking than anywhere else.”  “God is pleased that we’re happy; at the end of the day the things that we have and which we enjoy, the money that we count on and which provides us with comfort, is all given to us by Him. Why would that comfort be an obstacle to our calling?”

But let’s go to the other extreme and consider that this is really important and not as exaggerated as we thought at the beginning. Perhaps I’m mistaken, but when we analyse the meaning of the word “calling”, under the light of the gospel, just as when it comes from God Himself, in such a case we’re talking about something irrevocable that often leads us in the opposite direction to what we would have chosen as our destination.

What’s more, the calling for His will is often in direct opposition to our will, such as in the case of Jonah. Even though God called him to preach salvation to the gentiles, what he wanted to do was exactly the opposite. That calling confronted him with the reality that his own people, the people of Israel, had turned their backs on God and that same God had decided to extend his gospel message towards others who may be more willing to receive it.

In that case it wasn’t his comfort that stopped him from following the call. It was his own intentions and agenda as a Jew that took him away from doing what God was asking him to do.

Nevertheless, Jonah, was so attentive to God’s voice, that even though he didn’t like what He said, he was able to identify loud and clear what his mission was, even though it went against his own inclination.  In Jonah’s mind, he wasn’t confusing God’s voice with his own voice: what God had asked him to do was clear, as was what he needed to renounce.

Comfort usually deceives us.  It has the ability to tightly blindfold us in several ways.

1. In the first place, just to give one example, it makes us feels more self-confident.  It makes us feel totally self-sufficient.  There is nothing that distances us more from God than self-sufficiency, because that tells us that we don’t need anyone other than ourselves.  And if that is true, God is automatically removed from our life and our dependence on Him becomes non-existent.  Big mistake.

2. Comfort confuses us because it says that what we’ve just said could be true, is viable.  That is to say, it shouts at us that living apart from God and His calling for us is possible.  We forget that every breath, every beat of our heart is a miracle that only God can allow and produce. Comfort produces the illusion that we can function alone, but that is, without doubt, incredibly reckless, because in that fallacy we find leverage and live as if God didn’t exist, even with God Himself as the spectator of our own stupidity.

Can we imagine the one who sustains the strings of a puppet seeing how it lives as if it weren’t sustained by those very strings?  Fortunately, God is not like me, because in that situation I would feel like cutting one of the strings and laying down some clear lessons.  And, take note, I’m not saying that we’re puppets.  God created us for a lot more than that.  He gave us the ability to think and to make decisions (that’s why many people decide not to follow him and love Him)  But the strings that sustain our life continue to be moved by the God who also moves and sustains the universe, the God who shows us tremendous grace, despite our tremendous foolishness.

4. Comfort deceives us because it makes us believe that the world in which we live doesn’t really need God as much as it does. Our comfort creates our very own little-big ecosystem, a bubble which we think, in our terrible unawareness, is extendable to everyone in every place. People continue to die and they remain lost without Christ.  People outside of our bubble don’t live as comfortably as we do, and their pain, let’s be honest about it, doesn’t hurt us as much as it should.  The fact that our lives seems to be going well, from the calmness of our sofa, and that our salvation has been obtained through the price that Another paid, doesn’t mean that everything is done.  We have been called to be sensitive to that reality.

5. When misunderstood, comfort is a great trap from the enemy. It’s probably one of the most used traps to make us lose sight of what is really important. What we have is not what we are.  If what we enjoy takes us away from where we have to be, we’re falling in the terrible trap of confusing the eternal with the temporary.

Our life doesn’t end here.  It’s transcendent, it goes towards eternity and to forget that is to live an ungodly life just like those in the world who don’t know Christ, as if we were never going to die, as if our life were always going to be tied to this earth and what we accumulate here.

Hence the call: to righteousness, to holiness, even if that means letting go of some of our own comfort, to fulfil the great calling for which the church remains here, to sacrifice our happiness in order to be more like Christ, who did not consider equality with God something to be grasped, who abandoned His own comfort and glory to draw close to us.

But we’re not called to abandon comfort and take on martyrdom for the sake of it, since God gives us things so that we enjoy them. If we allow ourselves to be honest, we do it from the conviction that he says that, although it’s licit and appropriate to enjoy what we have, it’s not if we do so at the expense of the One who gave it to us, and less so if we sacrifice His call for our own.