In a matter of only a few days, many of the Jews first wanted to make Jesus king, and later wanted him crucified. 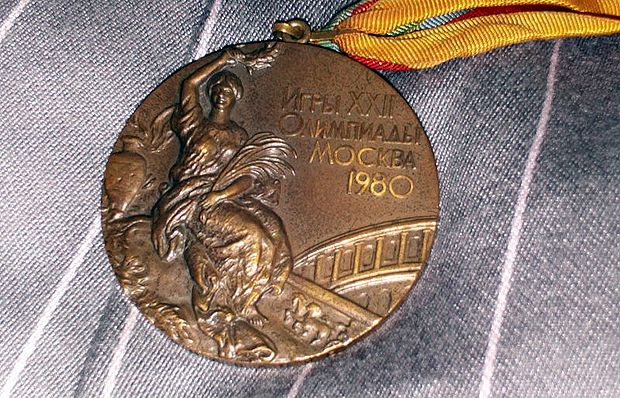 In sport, success and failure are next-door neighbours. During the 1980 Olympic Games in Moscow, something very unusual happened. The two best middle-distance runners in the world competed with each other in the 800 and 1500 metre races. They were two British men, SEB COE and STEVE OVETT. Each of them failed to win in the event in which they were the favorite, but won the other race. That is a demonstration of the close margin with which success and failure can come to our lives.

In a matter of only a few days, many of the Jews first wanted to make Jesus king, and later wanted him crucified. When Jesus arrived in Jerusalem, everyone was praising and shouting, "Blessed is he who comes in the name of the Lord." People placed palm leaves before him, and even laid their cloaks at his feet so he wouldn't have to step in the dirt. They wanted to make him king. They would have given their lives for him if necessary. He was the one they most admired, and everyone was going to follow him.

A few days later, the same multitude was shouting so loudly that the governor could barely speak above the uproar. But this time they didn't want to make Jesus king, they wanted to kill him. Now they didn't want to lay their cloaks at his feet, but to strip him of his own and expose him. Now they weren't willing to give their lives for him, but they shouted their desire to crucify him and turn loose a terrorist instead. Why? For what reason did they change so drastically? For only one reason... the sinfulness of humanity. Our sin. I have no doubt that you and I would have done the same.

Jesus said, "If they do this to me, what will they do to you?" We think that our life can be better than that of our Master. That is a big mistake. If they persecuted him, they will also persecute us.

We often worry without reason, because we haven't learned to live independent of our circumstances. We hurt when we are rejected and we feel good when we are admired. That is not wise. Nor is it right. We need to learn to treat success and failure like two impostors that want to influence and dominate our life. If those who praise us and those who criticise us have any power over us, we deserve to be pitied.

God wants us to have joy, no matter what is going on around us. Jesus is a good example; He was the same when they wanted to crown him king as when they demanded his death. He knew how to love his friends... and his enemies.