We have become increasingly accustomed to corruption in high places, and this has resulted in a cynicism towards those in power. 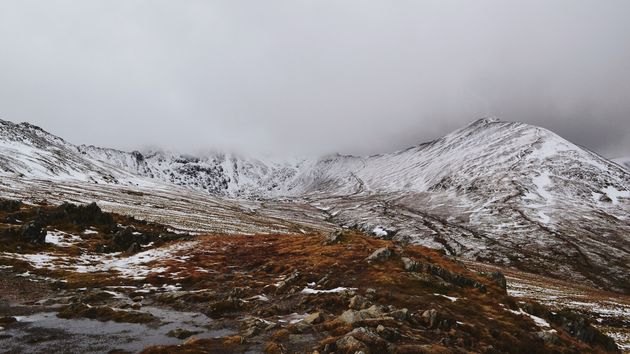 The forthcoming UK referendum on Britain’s membership of the EU has focused attention on the quality of government institutions; and Christians are particularly concerned about the moral quality of the people and the institutions who govern them.

I have read many prophecies equating the European Union with the godless beast of Revelation, or calling for Britain to come out of the EU in order to avoid the dire judgment which will in due course fall upon its hopelessly corrupt institutions. However, having seen the institutions from the inside for 25 years, I am personally not convinced that they are significantly more corrupt than many of the governments of the 28 member states who make up the Union.

Sadly, we have become increasingly accustomed to corruption in high places, and this has resulted in a cynicism towards those in power. In Belgium people told me, ‘Why ever would you go into politics, unless it was to make money or advance your own personal interests?’ And in Britain we so often only heave a sigh of resignation when we hear of MPs fiddling their expenses, David Cameron investing in his father’s fund in an offshore tax haven or Jeremy Corbyn failing to submit his tax return on time.

Are we called to cynicism as Christians? Are we called always to look for the worst or the most morally corrupt aspect of government? Or should we perhaps also look for what remains of the image of God in those human beings who have been called to rule over us? How about David Cameron’s willingness to raise cases of persecuted Christians when speaking with other heads of state? Or Jeremy Corbyn’s uncompromising commitment to his principles, whether or not you agree with them? Or the European Union’s insistence that a human rights dimension be included in agreements with countries who seem on the face of it to not respect such rights?

With this attitude, we will find godliness in all kinds of unexpected places in government. And this is not a new phenomenon – for we find it in a king who reigned over 4,000 years ago - or rather in two kings who reigned over 4,000 years ago, both called Abimelech, and both kings of Gerar, a Philistine tribe. The older Abimelech we meet in Genesis 20 during the lifetime of Abraham, and the younger (his son or grandson – we don't know) in Genesis 26 in the time of Abraham’s son Isaac.

When Abraham arrived in the realm of the older Abimelech, he said about the Philistines, “Surely there is no fear of God in their place, and they will kill me because of my wife” (Genesis 20:11); so he told her to cover up their marriage and pretend that she was his sister (which was a half-truth). What he actually found was a king who was very distressed at the thought that he might have inadvertently taken somebody else’s wife, who recognised Abraham as a prophet and who offered him the freedom of his land to live wherever he wanted.

It seems that Isaac did not learn his lesson from his father, and when he too sought refuge from a famine in the kingdom of Abimelech, he too pretended that his wife Rebekah was his sister. It was only when Abimelech happened to see them caressing each other one day that he realised the truth, and he was horrified that one of his men might have slept with her and so brought guilt on his kingdom (Genesis 26:10).

Instead of dismissing Isaac in a fit of anger, he strictly forbad anybody to harm Isaac or Rebekah. Even when Isaac had to leave the Philistines because he had become too powerful for them, Abimelech came to him and asked him to make a treaty with him because he saw that the Lord was with him (Genesis 26:26-30).

Over the centuries many believers have had cause to be thankful to rulers who demonstrated godliness, some of them rather unexpectedly. Martin Luther is widely regarded as the father of the Protestant Reformation. He was able to play that role because he avoided being killed by agents the Roman Catholic church; and that was because he was protected by Frederick III, Elector of Saxony. Even after his death his arch-enemy, the Roman Catholic Emperor Charles V, ordered his troops not to disturb Luther’s grave when they entered the town of Wittenberg.

Certainly we are called to “pray for kings and all those in authority, that we may life peaceful and quiet lives in all godliness and holiness. This is good and pleases God” (1 Timothy 2:2-3). But let us go further. “From now on, let us regard no-one from a worldly point of view. In Christ we are a new creation” (2 Corinthians 5:16-17). Instead of adopting a self-righteous position and constantly seeing the negative side of those in government, let us look for the good, for that which remains of the image of God in them. Like Abraham and Isaac with Abimelech, we may get some surprises.