When they think no one else is watching, they let their mask drop and show their inner circle what they are really like. 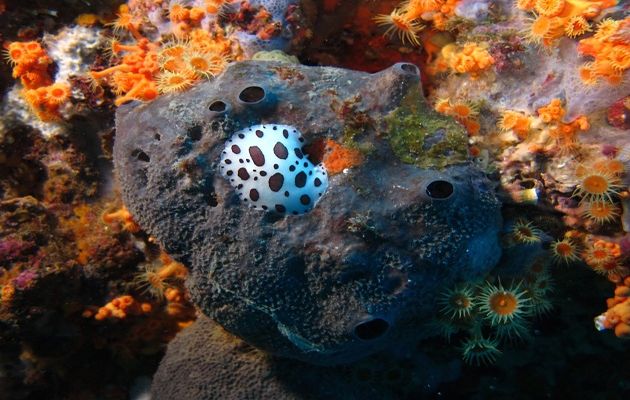 Everyone knows what a Swiss cow is. However, many people probably don’t know that this little round-shaped organism covered with dark spots that I photographed on a grey sponge 25 metres under the sea on the Costa Brava is called a “swiss cow nudibranch”.

In fact, the scientific name for this nudibranch mollusc is peltodoris atromaculata. It looks like a perfectly harmless stain on the sponge’s surface, but in fact the sponge is being devoured. This is actually the mollusc’s favourite food, and it is being sucked in gradually by means of the muscular throat that the organism possesses.

There are some people who are very like this little organism. They present a very attractive image to other people, but this image is belied by their behaviour. When they think no one else is watching, they let their mask drop and show their inner circle what they are really like.

They insult their family, they abuse their spouse, they despise the weak and, morally, devour them, they mistreat their children and sometimes end up killing them.

The Lord Jesus said, “Woe to you, scribes and Pharisees, hypocrites! For you are like whitewashed tombs, which outwardly appear beautiful, but within are full of dead people’s bones and all uncleanness.” (Mt. 23:27).

On the last day, the Master’s condemnation will fall on such people, unless they repent.