Objections to belief in God

Why do some people refuse to believe in God? 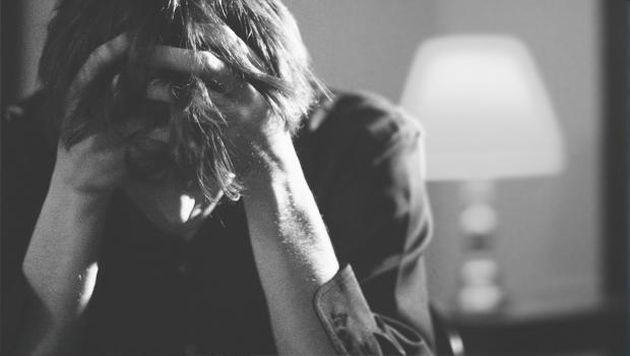 At a two-and-a-half-hour-long Apologetics Conference held this week in Catalonia (Spain), Eleazar Martinez moderated a riveting Q&A session in which those in attendance were able to ask me various questions about the existence of God.

Some of the questions were so well formulated that I felt it would be useful to share them with you all and how to go about responding to them. Here were the top four doubts.

- If God exists, where was He when my neighbour lost her three-year-old daughter?

- If God exists, why did He allow the existence of Hitler since He foreknew all the atrocities he was going to commit?

- Why do we need a moral Lawgiver? Isn’t an ethic based upon our socio-biological context enough?

- Why are you a Christian and not, say, a Muslim, a Buddhist or a Hindu?

1.- Where was God in my neighbour’s loss?

If I were with your neighbour, I would not be there to play the apologetics trump card and cite three or four philosophical rules as to why her loss had nothing to do with the non-existence of God. I would be there to suffer and weep with her, to embrace her and to show her the love of God in the deeps of desolation. I would make her a cup of tea, sit down with her and just let her unload. That would be the best apologetic.

Now, on a plainly philosophical level there are various things we could say. Firstly, if God doesn’t exist because there is suffering in the world then what will we say when we experience joy and gladness in the world? Surely that means He does indeed exist.

Secondly, how is it we focus on the loss rather than being grateful for the three years of joy that we had with that child? Isn’t it strange how we blame God for the bad things without thanking Him for the good things?

Thirdly, at any rate, why get upset at a non-existent God? Why not take out your anger on fairies or leprechauns or unicorns? Why an atheist would get mad at God is beyond me!

I suppose the greatest objection to the question is that it presupposes a sense of justice in the world i.e. it is not fair that the three-year-old died. But in an atheistic worldview, where does justice or morality derive from if there is no fount of such values? The concept of fairness only makes sense in a planet governed by a moral Lawgiver. In atheism, there is no such thing as fair or unfair, just or unjust, good or evil. Things just happen! That’s the way the cookie crumbles!

Animals in the wild lose their young all the time but they don’t go around complaining about it because they have no sense of fairness to which they may appeal. Humans, however, do have a moral dimension. And that is revealing. Where does that stem from? The best explanation is a moral Lawgiver who created us in His likeness and image. So for the question to make any kind of sense, it would have to presuppose the existence of God. But if the question presupposes the existence of God then it cannot be used as an argument against Him.

As Christians we can also explain that death came into the world via sin. We are living in a fallen world. But we also believe that God governs all things –even injustice and unfairness- to the glory of His name and the good of His people. Look at Joseph in Egypt or the deportation to Babylon. Then there is the example of examples: Jesus Christ crucified. It is at this point where we can share with the sufferer that God knows what pain is. Christ suffered under Pontius Pilate. God is no foreigner to suffering. And that truth may serve as a powerful balm to any afflicted soul.

2.- Why did God allow Hitler to exist?

This second objection once again appeals to a moral law which would not make sense if God did not exist. The conviction underlying this argument is that Hitler should not have been allowed to live because he committed so many atrocities. But as we have just pointed out in the first question, if God does not exist there is no such thing as good or bad.

Nevertheless, since this argument evidently believes in a moral dimension to life, then the apologist is free to appeal to his interlocutor’s conscience by replying: “If God should not have permitted Hitler to exist because He was going to do so many bad things, then why did He allow you to be born? Have you not committed an endless list of sins?” For some strange reason it is so much easier to hone in upon the sins of others rather than to observe our own. 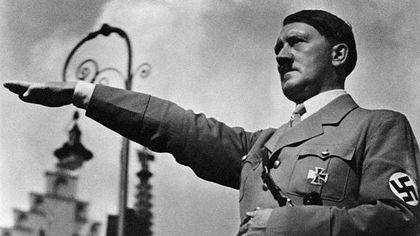 Since we are so radically depraved, who knows what any of us would do were we given the same socio-political power as Hitler had? Perhaps we would have gone even further than him in godlessness. Who knows? But the fact remains: if God should not create anyone who He knew was going to do evil then He would most certainly not have brought us into being.

Even if God decided to opt to step in every time someone was going to commit an evil act, there would be no true liberty. People would never be able to do anything remotely sinful. In such a world would it even be possible to conceive of the notion of freedom?

We are all wicked. We are all Hitlers in the making. That’s the bad news. But the good news is that Jesus died for wretched rebels like us so that we could be forgiven by the pure grace of God. Jesus’ blood brings peace to the wounded conscience.

The third question touches upon the topic of ethics. Isn’t morality something we acquire from our DNA and social conditioning? There’s no need to evoke God, is there?

Well, yes there is. Without a moral Lawgiver, ethics becomes entirely relative. You think cannibalism is cool. I don’t. Who are you to judge me and who am I to judge you? Let’s all be faithful to our socio-biological contexts. So, if you are a member of the Island Carib people, go for it! Devour as many humans as you see fit!

Now can you see the problem with basing your moral values on your social context? What happens when you wake up in a society in which immorality is positively commanded? We have just dealt with the theme of Hitler in the second question. Think about his Third Reich for a moment. He massacred over six million Jews in the Final Solution as well as multitudes of gypsies and disabled folk. What do you do immersed in a context like that? If you have just got to submit to social consensus, then you are morally obliged to eliminate as many enemies of the Nazi party as possible.

It was only those who had a moral authority higher than National Socialism than were able to fight against tyranny. They realized that a socio-biological ethic is not enough. They appealed to a power superior to Hitler. By no means, then, can we rest content with a socio-biological morality.

“But what happens,” some will no doubt ponder, “when one society sees something as good and another detests it?” Maybe cannibalism would be a useful example again. Some say it’s good whereas others say it’s bad. Therefore there is no such thing as a normative standard of morality given by God.

Firstly, we believe in the Fall of man so we are not surprised to find humankind endorsing activities that would be repulsive to God. Man’s moral code is fallen. Hence ethical diversity is by no means startling. Secondly, even when two opposing groups differ over the ethical value of an activity or action (i.e. eating other human beings), both factions presuppose the ontological existence of ‘good’ and ‘evil’.

One group says it’s in harmony with the good whilst the other states the exact opposite. But in both cases, they are appealing to a conviction that good and evil really exist objectively. Without this moral foundation, they would be unable to brand any action whatsoever as good or evil. Such a foundation can only be explained by the existence of an absolute standard of good and evil i.e. a moral Lawgiver, that is, God.

So no, a socio-biological ethic is not enough. We need God. Without Him, good and evil are a delusion. Hence the irony of the new atheists continually banging on about the immorality of religious belief!

4.- Why are you a Christian and not something else?

The final question inquired about my status as a Christian. Why follow Christ and not some other major religious leader? 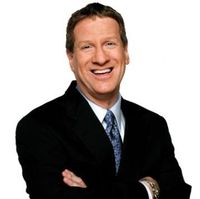 Quite simply, this is the easiest question of all to answer because Christianity’s truthfulness is based upon a concrete historical event, namely, the resurrection of Jesus of Nazareth. How do we account for the empty tomb, the post-mortem appearances of Christ and the birth of the Christian church in which Jewish converts referred to a mere man as God?

The three major competing theories that attempt to do away with the reality of the historical resurrection of Christ have next to no intellectual credibility i.e. the idea that the disciples stole the body of Jesus; the notion that Jesus simply fainted on the cross and didn’t truly die thereby waking up in the tomb and escaping; and finally, the conviction that Jesus’ appearances were just a bunch of psychological hallucinations.

In fact, such is the evidence for the historical resurrection of Jesus from the dead that the acclaimed journalist Lee Strobel converted to Christianity after investigating the evidence. The same documents led German thinker Wolfhart Pannenberg to revolutionize the twentieth-century world by putting the historical bodily resurrection of Jesus slap-bang back in the centre of contemporary theology.

All in all, if God truly raised Jesus of Nazareth from the dead, then Christ’s words must be taken with utmost seriousness. It was He who claimed to be the only way to eternal life (John 14:6) and through the Spirit proclaimed by His apostles that there is no other name given unto humankind whereby we may be saved (Acts 4:12). The evidence for the resurrection of Christ would never allow me to be anything else but a Jesus-follower.

I hope these brief answers have encouraged you all, dear readers, and served to flex your apologetic muscles. Be bold! Keep preaching! And keep defending the faith for the glory of God! There are plenty of questions; but there are also plenty of answers!