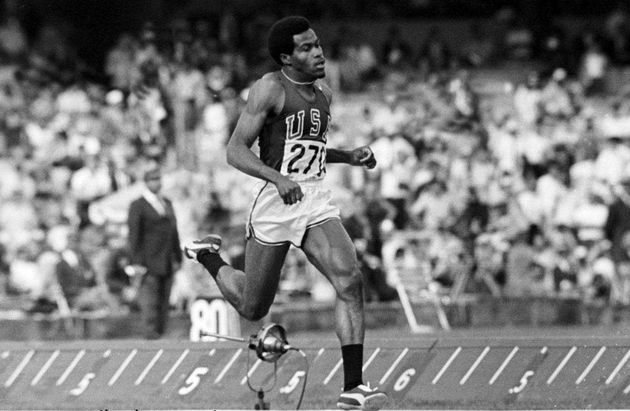 Racial problems have had terrible consequences in some Olympic Games.

In Mexico 1968, the USA team removed two of their best athletes because they were black. LEE EVANS thought about leaving in protest when he heard the news, but fortunately for sport he did not do so, and he won the 400metres race (the first man to run the 400 in under 44 seconds) and the 4 x 400 metres relay (which, for more than 20 years, was a world record).

The coach had said, "Run Lee, show them who we are." When he won, Lee said, "I dedicate this gold medal to all the black people on the planet... and also to my white friends."

Few things are as important as friendship. Friendship without frontiers, without resentment, without problems, without hate. How many barriers man has created! Barriers that destroy, that kill, that discriminate between people because of their colour, sex, beliefs, because of their origins... barriers that are the product of sin, because God says that the result of sin is hate and death.

It is hard to find peace makers in the world. It is difficult to find people who seek peace and dependence on God. When someone appears talking about peace, it is usually a biased peace, a peace that is convenient.

However, God teaches us that we should be at peace, as much as possible, with everyone. Those who seek peace are blessed.

How many divisions have been created in churches because the members did not know how to give in! How many problems for the gospel have been caused by useless traditions!

How many minute details have separated entire families during years of quarreling! How many "because-I-say-so" arguments have created enmity that has only been resolved by death!... divisions, struggles, enmities, jealousy, anger, are some of the favourite weapons of the Devil to destroy the people of God. Worthy indeed are thosewho seek peace.

God says that peace makers will be called his children, but the whole world will recognise them. And we cannot deny that in this world they are essential. God is the greatest example of a peace maker because he made peace with all of us, through Jesus, when we were his enemies.

We should never forget that one of God's characteristics is his kindness: unlimited kindness. We know that by experience. Peace makers: happy people.