Luther, Calvin and Zwingli on Christmas

What did the three main Reformers think about Christmas? 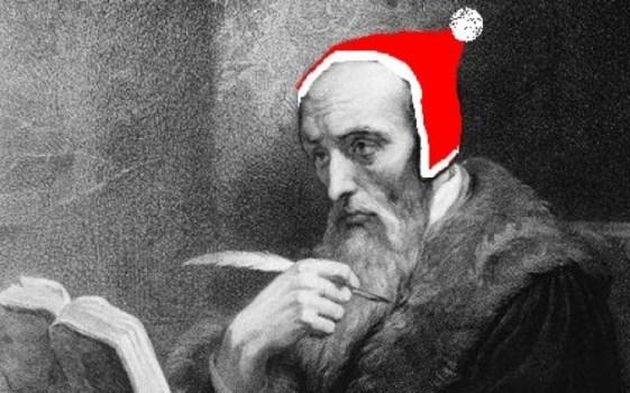 The leading Protestant Reformers –Martin Luther, Ulrich Zwingli and John Calvin- had different perspectives regarding the celebration of Christmas Day. Their three viewpoints are all alive and kicking in the contemporary Evangelical world.

Today we are going to briefly outline what our three acclaimed Protestant forefathers thought regarding the festive season. 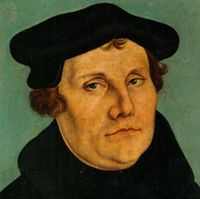 Luther, the fieriest, funniest and most charismatic of the three Reformers loved celebrating Christmas and he often preached upon the birth of Christ as 25th December drew near.

Given that Luther embraced the normative principle of worship, namely, that all that the Bible does not prohibit may have a place in the church, the German felt entirely justified upon celebrating the incarnation of the Son of God in a special way at least once a year.

In his sermon entitled ‘To Us a Child Is Born’ (preached on 25th December, 1531), Luther honed in upon the faith of the shepherds who, “in spite of what their five senses told them […] concluded: this is the King, the Saviour, the great joy of the people. There was nothing great in the hearts of those shepherds save for the words of the angel. In fact, they were so great that except for them the shepherds saw nothing else. They were filled with those words just like drunkards and they made them known without being in the slightest bit concerned about what the great lords in Jerusalem and the Sanhedrin would have to say. On the contrary, without an inkling of fear, they preached of the poor Christ”.

The sermon, which was characterized by a sweet pastoral spirit, makes much of the perfect righteousness of Christ as the source of a Christian’s justification before God. “In and of myself I am a sinner,” preached the German, “but in Christ, in baptism and in the Word, I am holy”. That is the real message of Christmas. He who is Wonderful and Counsellor cleanses us from all sin by means of his expiatory death and resurrection.

Luther took advantage of the festive season to declare the Good News that had so enthralled the Bethlehem shepherds. 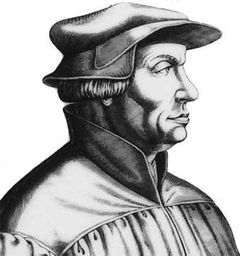 At the other end of the Evangelical spectrum was Ulrich Zwingli. There can be no doubt that he was the most radical of the three leading magisterial Reformers. Nevertheless, the even more radical Anabaptists ended up splitting off from the Zurich preacher for two reasons: 1) Zwingli continued baptizing children; and 2) Zwingli did not believe that the church had to be independent from the State.

According to van Dellen and Monsma, Zwingli got rid of every ecclesiastical festive day in Zurich. Given that Zwingli embraced the regulative principle of worship, that is, churches should only do that which is explicitly commanded in Scripture, he opposed any celebration which was not mentioned in the Bible. This conviction, of course, is one of the key differences between Lutheran and Reformed churches.

It was this same belief regarding the regulative principle that led the Scottish Presbyterians and English Puritans to do away with Christmas celebrations. When the Protestant Oliver Cromwell served as Lord Protector of England, Scotland and Ireland between 1653 and 1658, Christmas was outlawed on a national scale.

3.- Calvin, Neither For Nor Against 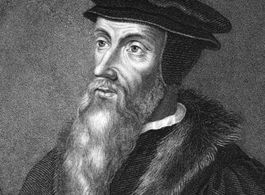 As in the case of the Lord’s Supper, the one who had to mediate between Luther and Zwingli was the French refugee John Calvin.

Although Calvin accepted the regulative principle of Zwingli and not Luther’s normative principle, he believed that each local congregation could decide how best to celebrate (or not celebrate) the festive season. In spite of the fact that some have asserted that Calvin was in the anti-Christmas camp, the Frenchman wrote two letters in January 1551 and March 1555 outlining his stance with respect to Christmas.

In the January 1551 letter, Calvin explained that the Geneva authorities had done away with festive days before he arrived in the city whilst openly confessing that he did –personally speaking- celebrate “the birth of Christ”.

In the March 1551 letter, Calvin hit out at those who criticized certain churches which opted to commemorate the festive period. According to the Geneva Reformer, such questions were “matters of indifference”. Each church could take the best decision after mediating long and hard upon the issue at hand.

In other words, the church has the liberty to decide whether or not to celebrate Christmas. But by no means should any church slander another congregation which takes the opposite course.

These three perspectives are still with us today in the Evangelical world. So there is no one definitive Protestant stance with regards to Christmas.

Personally I, Will Graham, side with Calvin on this topic as I find his approach to be the most mature, sensible, pastoral and the closest in spirit to the wise words of the apostle Paul: “One man esteems one day above another: another esteems every day alike. Let every man be fully persuaded in his own mind. He that regards the day, regards it unto the Lord. And he that regards not the day, to the Lord he does not regard it” (Romans 14:5-6).

- If you are a Lutheran or a pro-Christmas Calvinist, I wish you a very merry Christmas this year!

- If you are a Zwinglian or an Anabaptist or an anti-Christmas Calvinist, I hope you have a wonderful month of December!