Do you have the courage now to ask your teenage children, your spouse or a trusted friend if you have any double standards? 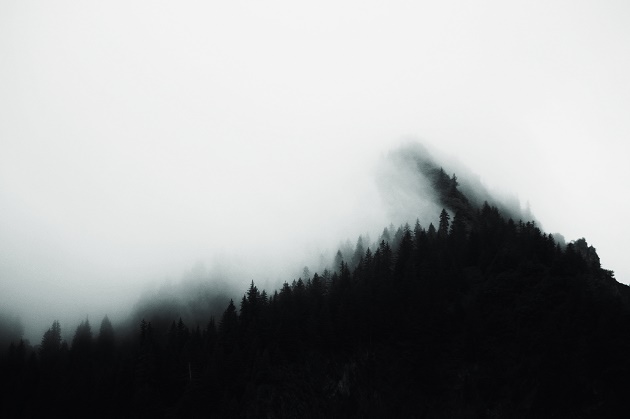 If you have ever been the parent of teenage children, you will know what it is like to live under observation. At some stage between infancy and adolescence it dawns on a child that, actually, his parents do not know everything, nor are they right all of the time. We parents continue to try to teach our children the best way to go in life, but no longer are these efforts met with uncritical appreciation, as the teenager seeks to balance our words with other, often conflicting input which he or she is receiving from other sources such as school, peers, television.

In this process teenagers are often looking for people who are reliable and trustworthy, people who lead their lives in consistency with the advice and principles that they give, people who do not have double standards, that is one standard for themselves and another standard for others. So it is inevitable that they ask themselves, consciously or unconsciously, whether their parents – up to now the most significant adults in their lives – really are reliable and trustworthy, whether they are consistent, or whether they have double standards. Of course, none of us is able to achieve 100% consistency, so all of us who have parented teenage children will have heard those words, “You told me to do such and such, but now you are doing something different.” We may even be accused of hypocrisy.

Faced with our own double standards – which is all the more humbling when it is at the hands of our own children – the temptation is always to justify ourselves: there are circumstances that you don't understand, this is a special case, etc., etc. Or in the last resort if we are really frustrated, we can tell them to be quiet – never a good option. It is much better – and often much more difficult – to hold our hands up and admit, Yes, I did not live up to my own standards on that occasion, but in future I will try to do better, with God’s help. We may feel that this undermines our authority as a parent; but actually in the long term it enhances it.

Judah was a parent who had a problem with double standards. You can read about him in Genesis 38. His first two sons were so wicked,  we are told, that the Lord put them to death. However, in his eyes the problem was not his sons, but that woman Tamar (his choice!) who had married both of them. So, one standard for them and a completely different one for her. He promised her his third son as a husband when he grew up, but he had no intention of keeping his promise; and finally Tamar realised this.

One fine day, many years later, Judah set out with his friend to see how the sheep shearing was progressing. Along the way he came across a shrine prostitute – there were plenty of them in Canaan at that time. He had no hesitation in approaching her to have sex, and she accepted his proposition for the price of a young goat. She wanted a guarantee that he would send the goat, so she took his seal, his cord and his staff. Afterwards, when Judah sent the young goat to her via his friend, she was nowhere to be found, and nobody in the area could even remember having seen a shrine prostitute recently. So he hushed the matter up to avoid shame and embarrassment.

Fast forward three months, and Judah has to deal with a family scandal that has erupted. His daughter-in-law Tamar, living as a widow in her father’s house, is pregnant. He takes quick and decisive action: “She is guilty of prostitution. Bring her out and have her burned to death!” Is this the same man who only a few months earlier had no compunction in having sex with a prostitute? One standard for her and another for him. And there the story could very easily have ended; but it did not.

As she was being brought out to die, Tamar sent a message to Judah to say that the father of her child was the owner of the seal, cord and staff that she presented to him – no less than Judah himself! He had nowhere to hide. Instantly the mystery of the disappearing shrine prostitute was solved, and he had to admit, “She is more righteous than I.” He had no option but to allow her to live; the pregnancy went to full term and twin boys were born.

Now, before we get on our high horse and criticise Judah, let us examine our own hearts. The apostle Paul has a word for us in Romans 2:21-24, and especially for those in a position of authority (as Judah was). I have paraphrased it, tying it in with the Sermon on the Mount: You who teach others, do you not teach yourself? You who preach against killing, have you got rid of all hatred and cursing of other people from your heart? You who say that people should not commit adultery, do you commit adultery (even if it is ‘only’ by looking with desire on another woman)?

Not only are double standards totally inconsistent with the singleness of God’s character, but ultimately they will be exposed. It may be on this earth, perhaps at the hands of our teenage children, or maybe even publicly, as with Judah, bringing us shame and embarrassment. Or it may not be until the Lord comes, when he will bring to light what is hidden in darkness and will expose even the motives of our hearts (1 Corinthians 4:5).

Do you have the courage now to ask your teenage children, your spouse or a trusted friend if you have any double standards? Now is the time to put them away for good. It could save a lot of shame and embarrassment in the future.