More than 200,000 spectators watched the final of the 1950 Football World Cup. Against all the odds Uruguay beat Brazil at home at the Maracaná stadium. 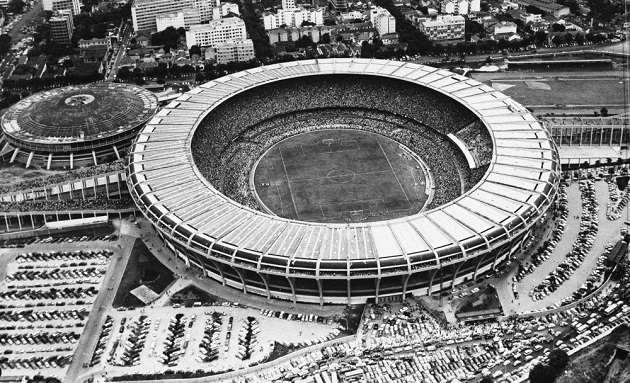 More than 200,000 spectators watched the final of the 1950 Football World Cup. Against all the odds Uruguay beat Brazil at home at the Maracaná stadium.

The journalists said that at the end of the match the Uruguayan changing room was a real "lunatic asylum" full of joy. However, in Brazil they wrote: "Never has so much suffering been caused to so many by so few." And that's what continues to be the most important, the final victory.

In all sport, it does not matter the number of victories that you have achieved, the number of points obtained or if you have reached a good distance in the race. The only thing that matters is the final victory.

A wise Spanish writer in the Middle Ages said: "At the end of the day, the one who is saved, knows; and the one who is not, knows nothing." You may have won many battles, you may have overcome hundreds of different situations.

If you do not have the final victory, all that does not count for anything.

One day you will have confront death and then, who is going to win? Don't forget that you do not know when that day will arrive. Remember the last funeral you went to? Nobody can say for sure that the next one is not going to be yours.

Stop for a moment and think: what will happen when you die? Where will you go? Not just any answer will do: you must be sure. If at the end of your day, at the end of your life you are not saved... you don't know anything for certain.

It does not matter who you are now. The most important thing in life is knowing where we are going to spend all eternity. Do you know something?

Have you won the last match? Do you know where you will spend all eternity? If you don't know,

NOTHING IS MORE URGENT for you than to solve your personal relationship with God right now. It is impossible to have eternal life if one is separated from Jesus. Speak to him now. The final victory depends on that conversation.