What does resurrection mean? 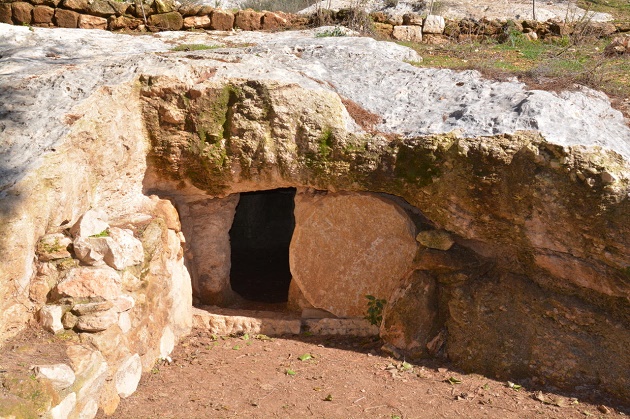 To rise again is not to come out of a tomb. The circular stone was not moved so that Jesus could come out, but so that the women and the others could see for themselves that the Master was not inside. The glorified body of the Son of God did not need to roll away the stone to get out. He could quite easily pass through rocks and the stone walls of the rooms of human homes.

Rather than rise from the tomb, he rose from among the dead. In fact, what Jesus passed through was not just a rock, but the gates of hell itself, and he emerged triumphant from it. Christ routed death by entering the very heartland of death, the battle was fought in enemy territory. He conquered death through death. It is for that reason that John can write this in his vision of the Son of Man: I am the First and the Last. I am the Living One; I was dead, I was dead and behold I am alive for ever and ever. And I hold the keys of death and Hades. (Rev. 1:17-18).

Seeing the resurrection like this will enable us not to see it as a mere resuscitation, as in the case of Lazarus. What happened to the Lord was a resurrection from Hell. He passed through Hades into heaven, from this world of death to the Father who is the source of all life. The resurrection is therefore not passing from the tomb back to the earth, even though there are appearances which take place on the earth, but an act of God wrenching Christ from the clutches of total death (metaphysically or theologically speaking). It is not a victory over biological death, but over Death with a capital D, and over the prince of darkness.

The real drama of hell is not, as the Greeks believed, being forgotten by humans as we cross the river Lethe, the river of oblivion, and drinking from its water, but it is being separated from God. The Good News of Jesus’ resurrection consists in telling human beings that salvation from this situation has been secured, and that if they open their hearts to faith, they will never be separated from their Creator.

In Israel you can still see ancient gardens with tombs that have been carved out of the rock, similar to the one where Jesus lay, like this one I photographed in Nazareth.

Published in: Evangelical Focus - Zoe - What does resurrection mean?