For the past decades, many scientists have affirmed so, extrapolating an overarching, all-explaining philosophy out of the biological process of the evolution of the species. 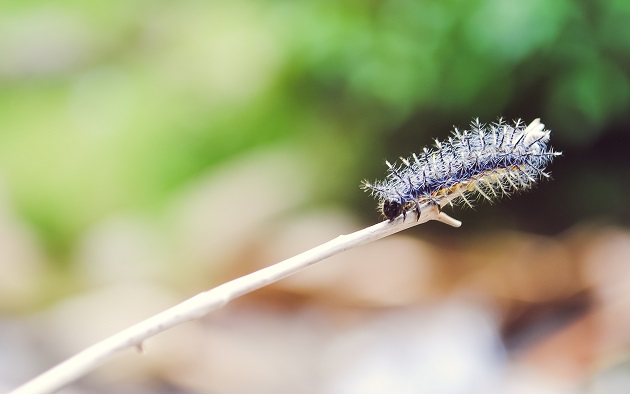 Does evolution explains you and me? Our thoughts, desires and beliefs? Why we appreciate poetry and disdain injustice? For the past decades, many scientists have affirmed so, extrapolating an overarching, all-explaining philosophy out of the biological process of the evolution of the species.

“Evolution explains everything,” says a school teacher in a South Park satiric episode, and biologist Richard Dawkins comes close to affirming precisely this.

I suspect that most people have a residue of feeling that Darwinian evolution isn’t quite big enough to explain everything about life. All I can say as a biologist is that the feeling disappears progressively the more you read about and study what is known about life and evolution…  Our scientific, Darwinian explanations carry us through a series of well-understood gradual steps to all the spectacular beauty and complexity of life.[1]

Curiously, though, a number of voices have been challenging this evolutionist philosophy. Many of them are atheists, like Thomas Nagel, but who reject darwinian materialism nonetheless. Nagel affirms in his latest book, Mind and Cosmos, “It is an assumption governing the scientific project rather than a well-confirmed scientific hypothesis.”[2]

Materialism is a doctrine of Enlightenment positivism, in other words, a lens though which to see the world, an unproven assumption. It cannot be proven or demonstrated, just accepted as a given. Theists like philosopher Alvin Platinga affirm, in his review of Nagel’s book for The New Republic last week, that “the probability, with respect to our current evidence, that life has somehow come to be from non-life just by the working of the laws of physics and chemistry is vanishingly small.”[3] But for proponents of Darwinian materialism, the incredible improbability of the beginning of life and the intricately complex process of evolution cannot allow the possibility of a Creator, by definition, no matter how complex it may be.

But then there are other problems too. Another atheist thinker, neuroscientist Raymond Tallis, points out the dehumanizing effects of scientific reductionism. In a ballsily-titled book (if such expression exists), Aping Mankind: Neuromania, Darwinitis and the Misrepresentation of Humanity, Tallis highlights that there is no current scientific basis for an evolutionist explanation of human consciousness.

“There is at present nothing in matter as understood through natural sciences – no, not even in the wildest reaches of quantum mechanics – that would lead one to expect matter to assume forms in which it would become conscious, self-conscious and knowing, so that it might be able to formulate universal laws that encompass its own existence.”[4]

This may seem an insignificant contention – “but we can obviously see that humans are self-conscious beings,” someone may object, “so there must be some causal link between matter and consciousness.” That may be the case, but as Tallis and many others highlight, such explanation cannot be given by evolutionist philosophy. It would contradict itself: if my mind, and everything else is explained by evolution, and so if I think what I think and believe what I believe not because they are true thoughts and beliefs but because the process of natural selection has chosen these as the thoughts that most likely lead to survival, how come my belief in evolution is true then? If the whole workings of my mind are relativized as means toward survival and are distanced from any real absolute Truth, why would my belief in evolution claim to be true then? Leon Wieseltier stretches the argument to its natural conclusions:

All-explaining evolutionist philosophy, in its effort to explain all of life on the basis of evolution, explains away life. It instrumentalizes the human mind, as every thought is understood on its potential for the survival and procreation of the species, and it relativizes our consciousness, diminishes our worth, and questions the very rational process which supposedly lead to belief in evolution in the first place.

Already Charles Darwin foresaw the self-defeating effects of this train of thought: “The horrible doubt always arises whether the convictions of man’s mind, which has been developed from the mind of the lower animals, are of any value or at all trustworthy.”[6] Or, as Alvin Platinga concludes: “It follows—in a wonderful irony—that a materialistic naturalist should be skeptical about science, or at any rate about those parts of it far removed from everyday life.”[7]

Does this mean that we should reject evolution wholesale then? Of course not. It means that we should understand it for what it is: not an all-explaining philosophy, but the scientific observation that species have evolved over time.

It leads us to intellectual humility, and, in another great turn of irony, to a humility that exalts the human person and her capacity of reason. It leads to a humility that helps us reason clearly and confidently, and even examine the evidence for the Creator who may be behind all this, instead of discrediting him without proper investigation.

[6] Charles Darwin, as quoted in Ibid.