The Bible gives us some very interesting insight into the minds of those who have committed a serious crime. 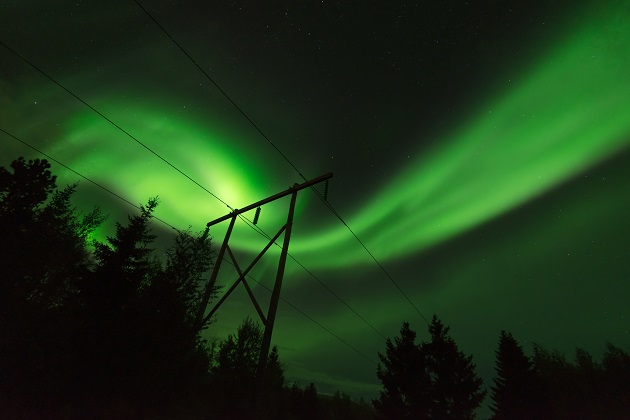 Recently Britain was reminded of one of its darkest episodes of the 1960s, with the death of Ian Brady, labelled ‘the moors murderer’.

Over a two-year period he and his girlfriend Myra Hindley picked up five young people, tortured them, sexually abused them, killed them and buried their remains on moorland outside Manchester.

Neither Hindley nor Brady was struck down by a thunderbolt nor was stricken by some excruciatingly painful disease. Both died in prison of natural causes, she 15 years ago and he recently, at the age of 79. Yet for the families of their victims, the pain of their loss continues, and will never go away until their dying day.

One is tempted to ask, Is there really justice in this world? The simple answer is, Yes, sometimes – but even then it is not always as we would want or expect it to be. Maybe there is a more pertinent question: Is there justice? The answer to that is a resounding Yes: for we must all appear before the judgment seat of Christ, so that each of us may receive what is due to us for the things done while in the body, whether good or bad (2 Corinthians 5:10).

When we consider how justice applies to distressing cases such as the moors murderers, it is important to realise that we only know a small part of the story. They did receive punishment, the deprivation of their liberty for the remainder of their lives. We know that this weighed heavily on them: Hindley made strenuous efforts towards the end of her life be released from prison, and Brady went to court in order to be allowed to starve himself to death. That is only a part of the overall picture, though. We do not know how they felt when they were quiet and on their own. We do not know whether dreams troubled them, whether horrors came into their mind in the hours of darkness, whether the cries of their victims tortured them as they did the jury members who heard them played at their trial. And we never will know.

The Bible gives us some very interesting insight into the minds of those who have committed a serious crime. It comes in an unexpected place, in the story of Joseph’s brothers in Genesis 42. Twenty years earlier they had plotted to kill their step-brother because they were jealous of their father’s favour towards him (you can read about this in Genesis 37). At the last minute they decided to sell him to a gang of slave traders and lie to their father that he had been killed by wild animals. As far as they were concerned, he probably wouldn't live very long. Little did they know!

Twenty years after their crime they presented themselves before the governor of Egypt to plead with him to buy grain and so stave off starvation. They had no idea that this governor was their own step-brother, Joseph; and they had no idea that he could understand every word that they were saying, because he was using an interpreter. Joseph gave them a hard time and set conditions: they could have the grain, but they must leave one of their number behind in prison and he would only be released if they came back and brought with them their youngest brother, Joseph’s only full brother, Benjamin.

Their reaction to this apparent harshness is very enlightening. They said to one another, “Surely we are being punished because of our brother. We saw how distressed he was when he pleaded with us for his life, but we would not listen; that's why this distress has come upon us.” Reuben vividly remembered that fateful day twenty years earlier: “Didn’t I tell you not to sin against the boy? But you wouldn't listen! Now we must give an accounting for his blood” (Genesis 42:21-22).

For twenty years this guilt for their brother’s supposed death had eaten into them. Probably not a week went by without one of them being tormented by what they had done, yet they could tell nobody. When everything starts to go wrong, this is the first thing that comes into their mind. Yet from the outside, you would have thought that everything was fine with them. It is not at all clear whether every murderer has these pangs of conscience; they probably would not tell other people if they did. What is clear is that “anyone who hates his brother or sister is a murderer, and no murder has eternal life in him” (1 John 3:15). Murder, and hatred, drains true, Spirit life from us. It delivers us into the hands of the devil and his forces, for he has been a murderer from the very beginning (John 8:44).

There are probably few of you reading this who will have been involved in a murder; but many of you will have known, and perhaps still do know, what it is to hate. Many others of you will have things in your past that torment you, things that you feel guilty for, things which perhaps you have been unable to tell anybody else. Perhaps, like Joseph’s brothers, the guilt of the past has eaten into you for many years. What can you do about it?

Thankfully, God has given us a way of escape from this guilt. It is called forgiveness. If we claim to be without sin, we deceive ourselves and the truth is not in us. If we confess our sins, he is faithful and just and will forgive us our sins and purify us from all unrighteousness (1 John 1:8-9). We have a choice: either we try to explain away things from our past, maybe blaming others or God, or pretending things are OK really – and then we become prey to lies and deception. Or we confess our sins and find not only the joy and freedom of forgiveness, but also the wonder of being purified.