It's only a game

Only our personal relationship with God is worth anything. Only God deserves our effort, our time, and our lives if need be. 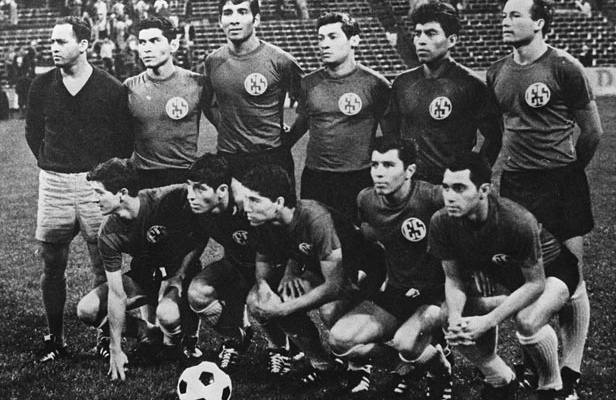 AMELIA BOLAÑOS wasn't a great athlete. She wasn't an actress or a politician. But many remember her for the greatest mistake of her life.

Amelia committed suicide on the day the El Salvador national side lost the first match of the 1970 Mexico World Cup.

The saddest thing is that she wasn't the only one; over the years, many have carried out this meaningless ritual of suicide because their team has lost.

As Shakespeare says, "What fools we mortals be!" Committing suicide over a game! Mankind may be the lowest thing in nature; no animal would do such a thing! We take trivial things so seriously.

Life is our most precious gift; it's what allows us to enjoy things, feel, see, love, and be who we are! How can people take their own lives for such silly reasons?

"Stop right there," you're saying, "I'd never do such a thing!" Wouldn't you?

What happens when you set your heart on little things? You get terribly depressed when something doesn't turn out the way you wanted. "It's not so little," you say.

OK, go back over the last few days. What made you feel sad? And does it seem important now? Sometimes we take things too seriously.

We say, "Nothing matters now..." and sometimes we're even foolish enough to say we'd rather be dead. How could you rather be where there's no turning back, starting over, or changing your mind?

It happens to everyone at times, even prophets, as we saw in today's reading. Jonah wanted to die just because the vine that had shaded him dried up. You laugh and think: "How silly!" and you're right.

But what about some of the things that have made you feel like that?

NOTHING is worth committing suicide over. Our problems may seem insurmountable now, but in a few hours we may see them in a different light.

Never do anything you'd be sorry for afterwards!

Jonah's philosophy was wrong, as he himself admitted later. Nothing is as bad as it seems. It's only a game; most things in life are.

Only our personal relationship with God is worth anything. Only God deserves our effort, our time, and our lives if need be. Everything else is temporary and unimportant.

Don't throw your life away!

Published in: Evangelical Focus - Finish Line - It's only a game