Drama as a clue to existence

Drama–at the theater but also in movies, books, TV–is a modern religious mechanism. 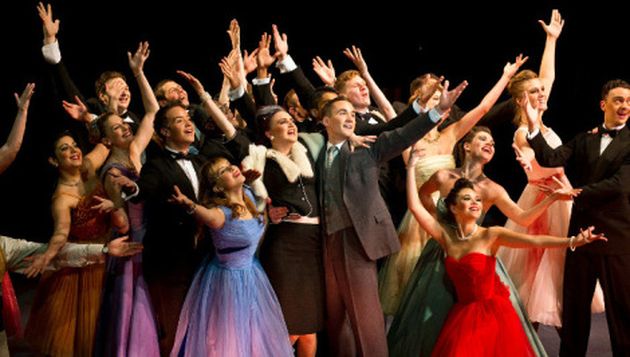 Why do we crave drama? Why do our little pauses in the day–to see what’s going on in the world, peek at social media, follow our sport, finish the day with a novel or movie–engage our hearts the way they do?

This week I read Three Uses of the Knife, by David Mamet. It’s a book on the nature and purpose of drama, but the answers Mamet gives touch also so much more.

He writes that we have an inner need to arrange the world and our lives into a dramatic structure, a plot. Whether it is through great novels or the latest celebrity gossip, drama grants us characters, conflict, meaning and fulfillment, ultimately.

Children jump around at the end of the day, to expend the last of that day’s energy. The adult equivalent, when the sun goes down, is to increase or witness drama–which is to say, to order the universe into a comprehensible form. Our sundown play/film/gossip is the day’s last exercise of that survival mechanism.[1]

We watch sports, for instance, to add spectacle to humdrum days that often seem to be going nowhere, be it the excitement of victory or the lessons of defeat. We watch superhero movies to fulfill our adolescent fantasy of power over the adult world. We watch romantic comedies to laugh at but ultimately celebrate love.

“What we want from art is peace,” writes Mamet.“The theater exists to deal with the problems of the soul, with the mysteries of human life, not with its quotidian calamities…. The power of the dramatist, and of the political flack therefore, resides in the ability to state the problem.”

I’ve found these insights fascinating. This guy is onto something, I felt as I turned the pages, until I arrived at this central thought.

The purpose of theater, like magic, like religion–those three harness mates–is to inspire cleansing awe…. And the cleansing lesson of the drama is, at its highest, the worthlessness of reason. In great drama we see this lesson learned by the hero. More important, we undergo this lesson ourselves … we must acknowledge our sinful, weak, impotent state–and that, having acknowledged it, we may find peace.[2]

To inspire cleansing awe. To find peace through the acknowledgement of our sinful, weak, impotent state. That reminds us indeed of religion.

Drama–at the theater but also in movies, books, TV–is a modern religious mechanism. It raises our eyes to grand stages, existential conflicts, cosmic resolution. It makes us arrive at the end of the plot, though we can’t really explain how or why, feeling cleansed, purged, exposed and pardoned.

We identify with heroes who do bad things, because we are good people who do bad things. We cheer when the hero punches the villain, the lie is unmasked, good triumphs over evil. In a world that so often feels random and meaningless, drama gives us justice and resolution.

How, is the next question. How come a story we know to be fictitious, at the height of artistry, has the power to feel us atoned for? For Mamet, it is through the unmasking of the lie that moves the story. Through the unveiling of the truth:

For the subject of drama is The Lie. And the end of the drama THE TRUTH–which has been overlooked, disregarded, scorned, and denied–prevails… It is done when the hidden is revealed and we are made whole, for we remember … the introduction of That New Thing that unbalanced a world we previously thought to be functioning well…. At the End of the Play … when we were all but powerless, all was made whole. It was made whole when truth came out.[3]

If that is the case, the next question, at least to me, is what then is the real lie we feel entraps us? What is the truth we are looking to discover? What is the resolution we are trying to glimpse behind the stories we consume every day?

Harry Potter’s story arc and the myths of humankind provide crucial clues. It has to do with the Hero, at the center of history, who was overlooked, disregarded, scorned … and through him truth was revealed, all was made whole. It goes by the name religion nowadays, but as Mamet points out, it is our Great Drama.

It’s the plot we find ourselves in, the morass we are trying to resolve. We either find the courage to unmask the lie and are set free, or choose to believe it and go back to trivia and gossip and entertainment for quick peace and pretend resolution.

Published in: Evangelical Focus - Culture Making - Drama as a clue to existence