A new king - Out in the cold

There is always much more going on in the heavenly realms than we are aware of here on earth. 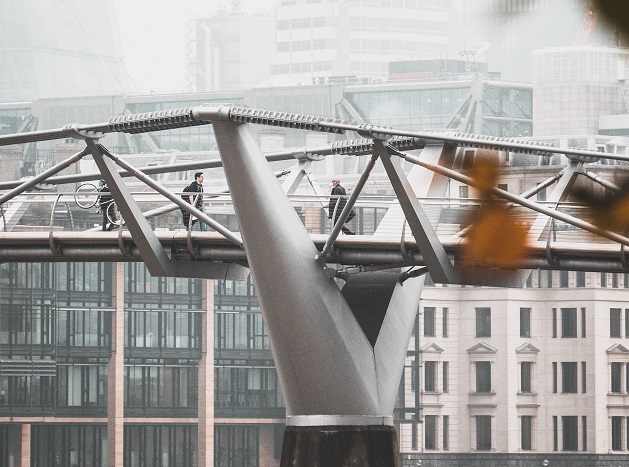 I once had a boss who was promoted very rapidly in the European Commission, not only because of her abilities but also through having previously worked very closely with the Director-General of our service. In the course of time this Director-General reached the age of retirement and ‘a new king who did not know about my boss came to power’.

Our new Director-General wanted to demonstrate his independence from the ancien régime, so began not only to change much of what had been done previously, but also treated with suspicion and moved to the sidelines anybody who was perceived to have been close to his predecessor. So, my boss suddenly found herself catapulted from being golden girl, where her ideas and suggestions were given a warm welcome in the management group, to being cast out in the cold, at times even feeling deliberately obstructed.

It is exactly the same in politics. David Cameron resigns as British Prime Minister and is replaced by Theresa May; his Chancellor, George Osborne, suddenly moves from being golden boy to being sacked, and ends up leaving Parliament. In the US when a new president or governor takes power, he or she usually clears out all the top officials and replaces them with people who are close to him. This process is less dramatic in the British civil service, with its long tradition of political independence; but there are many examples of a new minister eventually forcing out senior officials who were not to his or her taste. How do things work in your country?

This is far from being a new phenomenon. Over three millennia ago, “A new king, who did not know about Joseph came to power in Egypt” (Exodus 1:8). Previous Pharaohs had remembered with gratitude how the Israelite Joseph had saved the land of Egypt from being destroyed by famine, and so treated his people well. However, this new Pharaoh had a completely different take: all he could see was Israelites who had grown so vast in number that to him they represented a threat to national security (Exodus 1:9-10).

So this new Pharaoh did what most people in power do when they feel their position to be threatened: he sought to eliminate the threat. First of all, he tried enslaving the Israelites, with unrelenting hard labour; but this had the opposite effect. The more the Israelites were oppressed, the more they multiplied and spread. This really freaked him out. Oppressors know only the language of coercion, so when oppression does not work, they become disturbed, even afraid; and fear plus oppression leads to even worse brutality (Exodus 1:11-14). Look, for example, at how the Burmese army is treating its Rohingya people today, or how the North Korean government deals with even the minutest expression of dissidence.

Have you ever found yourself in a situation where ‘a new king who did not know you came to power’ and suddenly you were no longer favoured but instead were viewed with suspicion? If not, you are very fortunate. If so, you were probably not oppressed as brutally as the Israelites in Egypt; but whatever the circumstances, it is very hard to move from favour to disfavour – like Daniel, who moved from being the trusted confidant of King Nebuchadnezzar to being out in the cold with his son Belshazzar (Daniel 5).

How will we react if we face this kind of situation in future? What advice will we give to a friend who is going through it? How will we cope when we pray to God day after day for relief from our situation, but he seems to do nothing? - just as the Israelites prayed, but their oppression only got worse. Decades later the Lord tells Moses, “I have indeed seen the misery of my people in Egypt. I have heard them crying out because of their slave drivers, and I am concerned about their suffering” (Exodus 3:7-8). But in the midst of their oppression they would never have been aware of this.

Two things may help us. Firstly, we need to avoid the mistake of equating silence from heaven with inactivity or lack of concern on God’s part. There is always much more going on in the heavenly realms than we are aware of here on earth. For example, it took 21 days to get an answer through to Daniel’s prayers, to overcome the spiritual opposition which it faced (Daniel 10:12-14). Jesus is very clear: “Will not God bring about justice for his chosen ones, who cry out to him day and night? He is patient alongside them. I tell you, he will see that they get justice, and quickly” (Luke 18:7-8). The problem is that God’s ‘quickly’ is usually not the same as ours.

Secondly, we need to be aware that God can use these situations to develop character in us through discipline – and our character is much more important to him than the position which we hold. Romans 5:3-5 explains how suffering leads to character. “No discipline seems pleasant at the time, but painful. Later on, however, it produces a harvest of righteousness for those who are trained by it” (Hebrews 12:11); and discipline cannot be avoided (Hebrews 12:8).

I recall a friend of mine who once had a boss who seemed to thwart him at every turn, and disregarded his contributions to the company – probably out of insecurity. Fast forward a number of years: that boss was fired long ago, and my friend progressed to a senior position in the company. There is not always a happy ending; but there is always the development of our character through tough situations like this.

Published in: Evangelical Focus - Faithful under Pressure - A new king - Out in the cold