There is a slavery that is all the more insidious for being largely hidden and undetected: the slavery of sin. 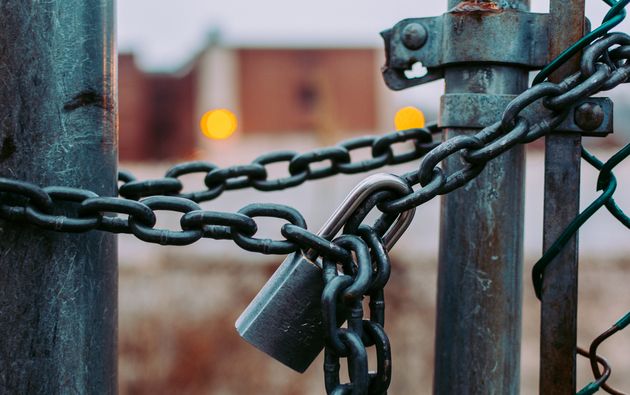 If I were to go onto the streets of Solihull, where I live, and tell people, ‘I will show you a truth that will set you free from slavery,’ most of them would probably ridicule me and think that I had gone slightly – or maybe completely – mad.

‘What are you talking about?’ they would say. Slavery died out over 100 years ago, and there are certainly no slaves in Solihull today.’

Actually this is not true, because I have learnt that modern slavery exists in the UK in all kinds of unexpected places: nail bars, car washes, domestic service, brothels. In the developing world the picture of slavery is much more grim.

Jesus 2,000 years ago was speaking to the inhabitants of another city where the majority of the population was fairly well-off: Jerusalem. He told them (the narrative is in John 8:31-38), “If you hold to my teaching, … you will know the truth and the truth will set you free. Their response was the same as he would get in Solihull today: “We have never been slaves of anyone. How can you say that we shall be set free?”

How did he answer that?  “I tell you the truth, everyone who sins is a slave to sin. … I am telling you what I have seen in the Father’s presence.” Yes, our heavenly Father sees the modern-day slaves, and it grieves his heart that human beings should treat each other in such a way purely for financial gain; and he delights to bless the efforts of those who are trying to set these slaves free.

He is grieved too by a slavery which he sees infecting the whole human race, a slavery that is all the more insidious for being largely hidden and undetected: the slavery of sin.

Paul speaks of this with his habitual penetrating logic: “Don’t you know that when you offer yourselves to someone to obey him as slaves, you are slaves to the one whom you obey; … and you used to be slaves to sin” (Romans 6:15,17).

If you do not believe this logic, have you ever tried to conquer a moral weakness or a seriously bad habit in your life? How successful were you?

When the Jews of Jerusalem boasted to Jesus, “We have never been slaves of anyone,” they were definitely suffering from selective amnesia. For the major festival of the Jewish year, the Passover, still joyfully celebrated by Jews all over the world today, commemorates the release of the Jewish people from slavery in Egypt, under the leadership of Moses, over three and a half millennia ago.

For many years the Israelites had lived very happily in that country, having first been invited by Joseph, one of their own family. “Then a new king, who did not know about Joseph, came to power.

‘Look!’ he said to his people, ‘The Israelites have become much too numerous for us. Come, we must deal shrewdly with them or they will become even more numerous and, if war breaks out, will join our enemies, fight against us and leave the country.’ So they put slave masters over them” (Exodus 1:8-11).

Political expediency combined with fear is a ruthless combination which stifles all humanity.

This was such a hard time for the Israelites; but their experience under these slave masters gives us valuable insights today into how sin can work its slavery on us human beings – myself and yourself included.

Firstly, sin oppresses us and makes our life bitter (Exodus 1:11-14). The most dramatic example is the person who has given himself to sexual immorality: “At the end of life he or she will groan and say, ‘How I hated discipline! How my heart spurned correction! I have come to the brink of utter ruin” (Proverbs 5:11-14).

This is far from the only sin which oppresses us. For example, the person who has given himself to greed finds that “As goods increase, so do those who consume them. And what benefit are they to the owner except to feast his eyes on them?”; also, that “the abundance of a rich man permits him no sleep” (Ecclesiastes 5:11-12). We could think of many other similar examples.

Secondly, sin drives us to work hard, but we are working for somebody else, just as the Israelites were working for the Egyptians (Exodus 1:11-14). “A person may do his work with wisdom, knowledge and skill, and then he has to leave all he owns to someone who has not worked for it. This is meaningless and a great misfortune” (Ecclesiastes 2:21).

Thirdly, slavery brings death to us. Slave masters had the power of life and death over their slaves; and often used it. The Egyptian slave masters were in this same mould, for when they ran out of oppressive measures, they commanded that all the male Israelite children should be killed at birth (Exodus 1:15-16).

Paul asks, When you were slaves to sin, what benefit did you reap from the things that you are now ashamed of? Those things result in death” (Romans 6:20-21), a death which is far worse than physical death, a death which is separation from God.

Here is the good news: “In Christ Jesus the law of the Spirit of life has set us free from the law of sin and death” (Romans 8:2). Sin need no longer reign in our mortal body (Romans 6:12). Jesus Christ has opened the door. Now it is up to us whether we go through it or not.