Shiphrah and Puah - What is Truth?

The Bible gives us extensive guidance on how his heart functions, but there are many situations where we will also need that extra dimension of Spirit leading to help us apply the Bible to our current situation. 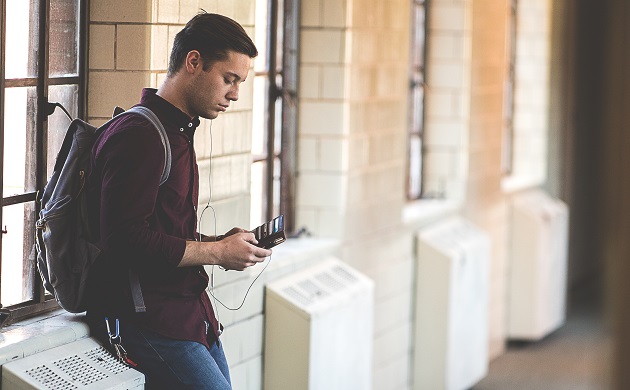 ‘What is truth? said jesting Pilate, and would not stay for an answer,’ wrote Francis Bacon 400 years ago. People have been asking the same question ever since that confrontation between Jesus and Pontius Pilate.

In the 1970s students like myself considered it vitally important to find out what really was true, and the books of Francis Schaeffer which addressed this issue were immensely popular.

Now, it seems that people are more interested in answering the question, ‘Does it work in practice?’ than ‘Is it true?’ We are even told that the West is becoming a post-truth society, where it is the emotional impact of something which counts, rather than its truth.

Yet the issue of truth refuses to go away. The rise of fake news causes us to question whether there is any information which can be wholly trusted. Life was so much simpler in the pre-internet age. You bought a newspaper or watched the TV and you more or less believed what you read and saw. Journalists were generally honest in their reporting, even if at times they failed to report on all the subtleties of the issues that they wrote about. Now, with social media, we are bombarded from a multitude of sources by information that claims to be news. How can we know what to trust and what not to trust? Does it even matter?

At first sight the question, ‘What is truth?’ has a pretty straightforward answer for a Christian. We follow Jesus, who said, “I am the truth” (John 14:6); so everything that he and his heavenly Father say is truth, and this truth is encapsulated in the revelation which they have given to us, which is called “the word of truth” (2 Timothy 2:15). In the Bible we are strongly exhorted to “put off falsehood and speak truthfully to our neighbours” (Ephesians 4:25), “not to lie to each other” (Colossians 3:9). So is that the end of the matter?

Not quite. Enter Shiprah and Puah on to the scene. Who are they? you may well ask. Well, I must confess that I only knew their roles, not their names, before I wrote this article. They are the Hebrew midwives in Exodus 1 whom Pharaoh tried to coerce into his plan to exterminate the Israelites – sadly, genocide is nothing new. He told them, “When you help the Hebrew women in childbirth and observe them on the delivery stool, if it is a boy, kill him, but if it is a girl, let her live” (v.16).

“However, the midwifes feared God and did not do what the king of Egypt had told them to do; they let the boys live” (v.17). When the king realised what was going on, he called them in for an explanation. They answered him, “Hebrew women are not like Egyptian women; they are vigorous and give birth before the midwives arrive” (v.19). This was a complete falsehood. Yet in the verses after this (20-21) we read, “God was kind to the midwives. … Because they feared God, he gave them families of their own.” People who feared God deliberately lied; and he was kind to them. What is truth?

This is not the only example in the Bible where hiding the truth is commended. In 1 Samuel 21 David was on the run from Saul and desperately needed food and weapons, so he went to the high priest at Nob and falsely told him that he was on a secret mission for Saul. Despite the fact that this action resulted in the death of 85 priests at the hand of Saul, Jesus commends David (Matthew 12:3-4). What are we to make of this?

Light is thrown upon this issue by another incident in Jesus’ life: in Mark 3 people were waiting to lay an accusation against him for healing a man on the Sabbath. To the strict Jews of Jesus’ day the Sabbath laws were every bit as important as those against lying – after all, both are part of the Ten Commandments which forms the foundation of the Law of Moses. Without waiting to hear their accusation, Jesus asked one simple question, “Which is lawful on the Sabbath: to do good or to do evil, to save life or to kill?” (Mark 3:4). Like jesting Pilate, they too remained silent.

Not all situations are as clear as this. However, those situations warn us against applying one particular moral principle absolutely, without taking others into account. Under Jesus Christ’s new covenant we are called not to follow a set of rules, but to be led by the Spirit (Romans 8:14) in order to discern the heart of our heavenly Father in each situation which we face. The Bible gives us extensive guidance on how his heart functions, but there are many situations where we will also need that extra dimension of Spirit leading to help us apply the Bible to our current situation.

Shiprah and Puah feared God: their heart was right before him, so they were able to make a correct moral decision in the very challenging situation with which they were confronted. May God give us the wisdom and discernment by his Spirit to do the same in each situation which we face, today and in the future.

Published in: Evangelical Focus - Faithful under Pressure - Shiphrah and Puah - What is Truth?