Power reveals who we are, and reveals even more the fundamentals of our worldview. 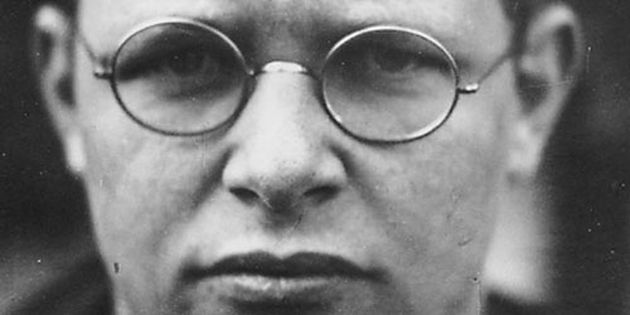 In February 1st, 1933, two days after Hitler’s election as chancellor of Germany, a young theologian gave a radio address on the theme of leadership in Berlin.

Dietrich Bonhoeffer was only 26, and the address had been scheduled to go to the air for some weeks, but it couldn’t be more timely. Bonhoeffer denounced the Führer concept of leadership Hitler would come to embody, but couldn’t quite finish: his speech was cut off.

The full horrors of Hitler’s leadership were still far in the future, but Bonhoeffer’s address had a prophetic ring to it. It seemed to picture the consequences of the dominating and self-referential type of Führer leadership which loomed on the horizon, and to call people to a different vision.

Hitler’s understanding of leadership, according to social historian James MacGregor Burns, was engulfed in his own suffocating sense of self. “While he claimed to seek power for the sake of the salvation of his country and for the purification of the Nordic race, this was self-deception.

He identified his goal wholly with his own dominance and was willing to destroy his people for the sake of his own power.” As Hitler laid prostrated at an army hospital in the end of World War I, depressed and anguished over how he and his motherland had ended in defeat, the two fates seemed fused and confused in his mind.

The fate of vanquished Germany and his sense of defeat seemed to merge – as the hope of victory and his own power merged later – and perhaps too, as Walter Langer suggests, he was reacting to the defeat of Germany as if it were a rape of himself as well as his real and simulated mother (in Mein Kampf he was still referring to Germany as ‘she’).[1]

Bonhoeffer’s address, on the other hand, envisioned leadership differently: self-effacing, lucid, and, according to his theological frame, recognising of higher authority and above all of God’s authority.

“The true Leader must always be able to disillusion… He must lead his following away from the authority of his person to the recognition of the real authority of orders and offices”.

In other words, true leadership for Bonhoeffer meant a pointing away from oneself, it meant leading people to maturity and responsibility similar to how parents raise children to independence. “[H]e has to lead the individual to his own maturity… He must radically refuse to become the appeal, the idol, i.e. the ultimate authority of those whom he leads.”[2] 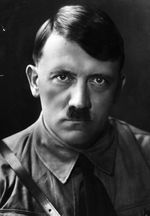 This was just the beginning. These two visions of leadership would clash in the coming years – the self-aggrandizing versus the self-giving, the powerful versus the powerless – and Bonhoeffer would be hanged for his opposition to the Nazi regime in 1945.

Yet the crucial difference among them, if you look closely, is not how much power Hitler and Bonhoeffer got, but the central piece of each’s worldview: how they understood who God is.

Bonhoeffer had quite a clear understanding of God as a transcendent, benevolent Person, and this informed his life and vision profoundly. In regards to leadership, he declares in his 1933 address,

“Only when a man sees that office is a penultimate authority in the face of an ultimate, indescribable authority, in the face of the authority of God, has the real situation been reached… Alone before God, man becomes what he is, free and committed in responsibility at the same time.”

Hitler’s understanding of God, however, is difficult to precise, especially since he camouflaged his views to manipulate churches to his side, but certainly it was not the God of Bonhoeffer.

It seemed to be instead an amalgam of self, the German nation and the Aryan race, fused by his hatred of betrayers and Jews, and the consequences are obvious: intoxicated by power, unchecked by any transcendent notion of goodness or responsibility, Hitler spilled over ever greater levels of his toxic self. 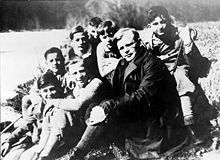 “Nearly all men can stand adversity”, said Abraham Lincoln, “but if you want to test a man’s character, give him power.”[3]

That is so true. Power reveals who we are, and reveals even more the fundamentals of our worldview. If our God is self, or our happiness or success, power will burn in self-worship, and we will manipulate and hurt people around us.

If our God is God, however, like it was for Bonhoeffer, a good dose of power may be tempting, but we have an allegiance higher than self, goodness beyond our ego, and will point people away from ourselves and toward maturity.

And even if political power never comes our way, we will still live generously, and give of ourselves to others, and have the courage like Bonhoeffer to oppose and even foresee the havoc of someone who becomes his own god.