We can pick up the fallen stones time and again to construct our lives according to God's will. 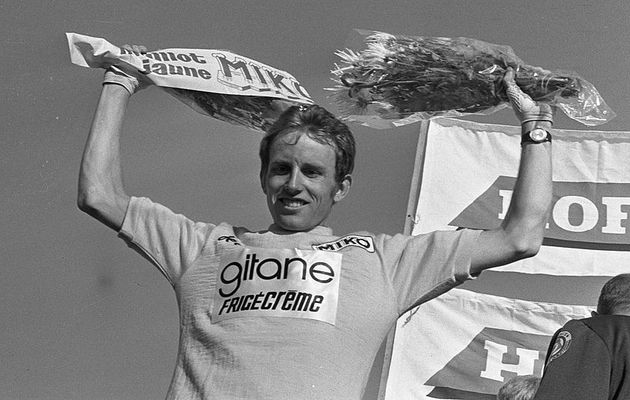 We have often discussed perseverance, but I think we need to go over it again. The best example of perseverance is the cyclist JOPP ZOETEMELK.

Perseverance has won more victories than strength. In mankind's history there are many examples of winners with limited resources, who reached success by climbing a special ladder called "Never give up."

I remember the famous story about Thomas A Edison who had tried thousands of times to create a working light bulb. When asked if he was not tired of failing, he replied: "No, never. I now know more than three thousand ways of doing it that don't work."

All too often we give up on things we could have seen through. We often lose out through laziness, believing that there is no hope left. Often something is within reach, but we stop trying and fail.

This happens in every area of life: family, education, friends, work, our spiritual life, prayer, evangelism. We don't realise that perseverance is the key to victory.

How often have you neglected to pray, read the Bible, witness to others, serve or attend church, saying, "It's no good, it's not worth it?"

God never goes halfway; he doesn't give up as easily as we do. God is never tired of trying because of the lack of results; he never stops blessing us because "it's not worth it".

God isn't like us; he only needs people who trust him implicitly, just as they trust the lift that takes them upstairs, or the train that carries them along. God doesn't expect us to sit and watch opportunities go by that will never come again, for lack of perseverance.

That's perseverance: building the future with worn-out stones. We may have failed hundreds of times, but we know we can go on.

We can pick up the fallen stones time and again to construct our lives according to God's will. We can start over time and again, like the persistent widow.