We should always put God first if we think that something goes against His word. 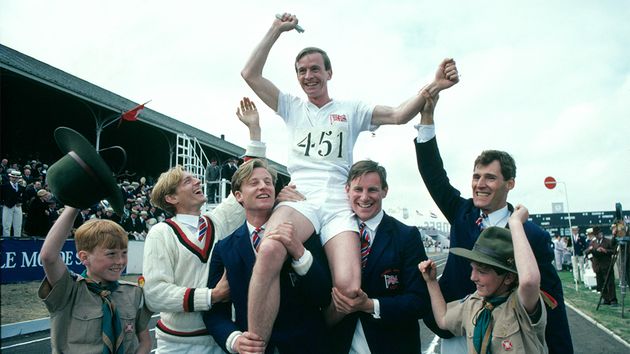 Many have seen the film “Chariots of Fire” which won four Oscars. It tells the true story of ERIC LIDDELL, the 400-metre medallist in the Paris Olympic Games.

Eric had originally planned to run the 100 metres, but when he discovered the qualifying heats were to be run on Sunday, he changed his mind.

Eric was a committed Christian; he told everyone that the day of rest was meant to be precisely that, a time for rest and worship.

After much discussion, the British Olympic Committee allowed him to run in a different division - and he won! Moments before the race, another runner gave Eric a piece of paper on which was written today's verse: "The Lord declares...Those who honour me I will honour."

In all of life's choices there is always an alternative that honours the Lord, and that's the one we should choose. We should always put Him first if we think that something goes against his word.

We should always obey Him in any temptation. We should honour Him at all times and in all situations, whatever the consequences may be.

It's easy to honour God when things are going well and the consequences aren't very serious. But what if we lose something precious to us by putting God first?

Eric Liddell did not run in his strongest event in the Olympics because he had decided to honour God; but he did so because he had no doubts about obeying Him. What about us?

The Bible says that God is no man's debtor. If we honour Him, he will honour us. Sometimes days, months or years will go by before the results appear, but God always honours his people.

God always keeps his promises. He has given us his word to show the importance of obeying and honouring God alone. He is the only one who deserves it!