“In my sorrow, you are there”

Nothing can change the certainty that God is at our side. Always, without exception. 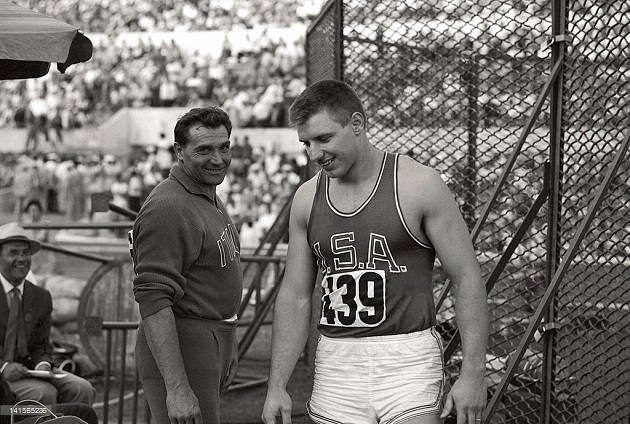 Only one athlete won the gold medal in his event in four consecutive Olympiads: AL OERTER, the discuss thrower.

Before the 1968 Mexico Olympics, Al suffered an injury to his spinal column that made it impossible for him to throw anything. He didn't give up, although he was shut up for hours in an icy coffin and couldn't train. On the day of the competition, his first four attempts failed because he was in such pain. At his fifth attempt, the discuss went beyond 61 metres, but he was in such pain he couldn't make the sixth throw. He didn't need to; no-one improved on his distance, and he won the gold medal.

Many times we talk of suffering and wonder why certain things happen; we lose hope. You know, there is no better time to see a man or woman of God than when they are suffering. Many people try to avoid pain, crying out against God and their fellow man, and some just want to find a scapegoat to blame. But God's children react differently. We suffer as much, or perhaps even more, than anyone else, but we don't run away, hard as the situation may be. God always gives us strength for one more throw.

That is our hope. Though the day may lose its splendour and the night bring fear, though doubt may fill our hearts and our own family turn us away, we know that God is there in the midst of our sadness. Nothing can change the certainty that God is at our side. Always, without exception.

We have learned to do everything for him, in spite of suffering. We have learned to love people in spite of the scorn of others. That's the way it has to be! Can we serve Jesus without scars or wounds? If he bears them, and he is our master, how can we avoid them? If he was despised and suffered harm, sadness, pain, and loneliness, how can we go through life without experiencing the same things? How can we call ourselves his followers if we experience nothing of what he bore for love of us?

You needn't avoid pain, suffering or sadness. Just remember that whatever your situation, God is with you, and he knows what you are going through

Published in: Evangelical Focus - Finish Line - “In my sorrow, you are there”