Straightaway he replies, “Here I am”, and that begins a conversation with God which ends up with him choosing to abandon his comfortable lifestyle and to lead the Israelites out of slavery. 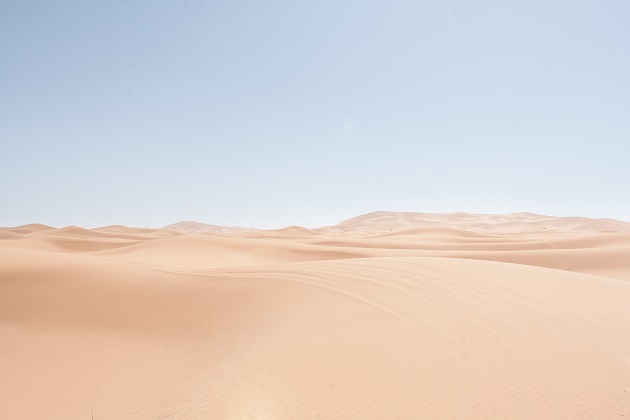 As Moses approached his 80th birthday, he could feel very comfortable. The trauma of leaving his privileged life in Egypt 40 years early had been put behind him. He had a steady job tending his father-in-law’s sheep, a wife and a son, and all the material things he needed. Then something unexpected happened which would change his life. We can read about it in Exodus chapter 3.

The fateful day started perfectly normally. Moses was leading his flocks to Mount Horeb, where he had been many times before. Out of the corner of his eye he saw a bush spontaneously combust, a phenomenon with which he was familiar in the arid desert heat. He thought nothing more of it, until a bit later he realised that the bush had been burning for some time but had not burnt up. Curious! Worth going and having a look.

That was when things became really bizarre, for as he got near to the bush it began to speak to him, though he quickly realised that it wasn’t the bush that was speaking, but some unearthly being encapsulated in the flames; and this being knew his name. Nowadays most Westerners, with our secular mindset, would probably put such an experience down to a hallucination, being dehydrated maybe. Drink some water! Get your body fluids up!

Not Moses. We can see that he had cultivated an awareness of God during his 40 years looking after sheep in the desert because he does not miss a beat. Straightaway he replies, “Here I am,” and that begins a conversation with God which ends up with him choosing to abandon his comfortable lifestyle, to go back to Egypt to confront the most powerful ruler in the known world, and to lead the Israelites out of slavery. His life would be forever changed

The Bible is full of people whose lives were irrevocably changed through an encounter with God: the boy Samuel in the tabernacle (1 Samuel 3), David anointed by Samuel (1 Samuel 16), Elijah in the pits of depression (1 Kings 19), the young man Isaiah in the temple (Isaiah 6), to mention but a few. Then there are the disciples, when Jesus is about to go back into heaven. “Do not leave Jerusalem,” he tells them, “but wait for the gift my father promised. In a few days you will be baptised with the Holy Spirit” (Acts 1:4). You will encounter the living God.

It was this same kind of encounter which Peter promised the inhabitants of Jerusalem 10 days later, when he and the disciples had been filled with the Spirit: “Repent and be baptised, every one of you, in the name of Jesus Christ for the forgiveness of sins. And you too will receive the Holy Spirit” (Acts 2:39). And that same kind of encounter is promised to us today.

Some of us can pinpoint a conversion encounter, like those first followers of Jesus in Jerusalem. Others of us have moved into faith more gradually, without a sudden change; and some of you who have been brought up in Christian homes may not even remember a time when you did not have an awareness of God.

Whether our experience of God to date has been dramatic or not, we all need an encounter with him. Moses’ encounter at the burning bush changed his life, but he could not live on that encounter for the rest of his life. Again and again he went back to meet with God, each time receiving fresh encouragement, fresh revelation. In the same way, the apostle John, who had known and encountered Jesus all his adult life, in his old age had a fresh encounter with the risen Christ which changed him and resulted in him writing the book of Revelation.

How can we have such an encounter with God? At first sight it seems completely random, dependent entirely on God’s sovereignty. Moses is going about his daily work and God dramatically catches his attention. Likewise, Abraham is sitting in the shade of his tent in the heat of the day when the Lord and two angels turn up unannounced. However, in these examples we find the first key: we prepare ourselves for the encounter by going about our daily business with diligence. In Jesus’ parable the nobleman tells his servants, “Engage in business until I come” (Luke 19:13). Likewise, Jesus tells us, “Engage in your daily business, whatever it is, until I come and encounter you.”

There is a second key: preparation. From the conversation which Moses had with God, it is clear that he had undergone a lot of preparation for this encounter. He was a changed man from the one who 40 years earlier had killed an Egyptian and presented himself as a saviour to his people. Now he had become so humble that he even asked the Lord to send somebody other than him (Exodus 4:13). We too can prepare ourselves for an encounter with God, by obeying what we know he has told us, by keeping our life clean, by setting time aside to commune with him, by inviting him to fill us with his love and with his Spirit, by being hungry to know more of him.

I don’t know how or when the encounter will come to you; but when it comes, it will change your life. How it changes us will be different for each one of us. And if we stay prepared and hungry, we will be ready for still more encounters, as was Moses. We will live the reality of 2 Corinthians 3:18: “We with unveiled faces contemplate the Lord’s glory and are being transformed into the same likeness with ever-increasing glory.” Our passion will be the same as David’s: “My soul thirsts for the living God. When can I go and meet with him?” (Psalm 42:2).