Remember you are only human

There are people who have always believed, and always will, that they can do without God in their lives. 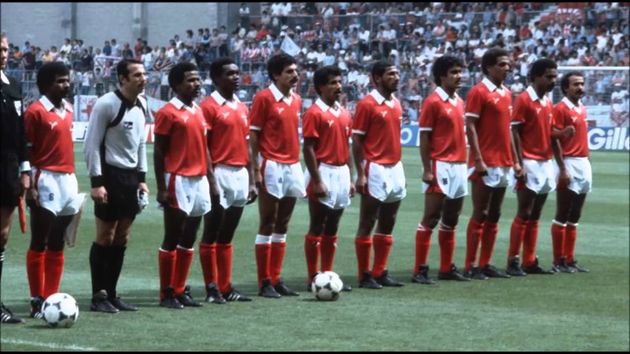 During the 1982 World Cup held in Spain, a event occurred which I believe is unique in history.

During the FRANCE v KUWAIT match, the Prince of Kuwait had a French goal disallowed by going down on the pitch and complaining to the referee.

It was the first time Kuwait played in the World Cup, and they ended up losing 4-1.

We all want to solve problems in our own way. We feel important, indispensable, almost king of the world! It doesn't matter if we "bend" a few of the rules. Nothing matters, we can fix anything - as long as it's in our own favour.

We think we have the power to do as we like, but we are mere men and women. Some may be more important in the world's eyes, but in the end, we're nobody special. It's that simple.

Remember that two mistakes have caused millions of deaths, tears and desperation in human history:

1. There are people who have always believed, and always will, that they can do without God in their lives. They think they can live as if he didn't exist, doing as they like. They don't believe there will be any present or future consequences to their actions; it's best to do your own thing and forget about God.

This philosophy is spreading like wildfire, but it leaves out the most important thing: God will judge each one of us, whether we believe in him or not. One day we'll be held accountable for everything we have done.

2. On the other hand there are those who say that God only speaks through them. They may say the silliest things you can imagine, and then exclaim, "This is the word of the Lord", just like that. In reality, this is their own human word.

They take God for granted, and go blithely on with their lives. God has already spoken through his written word, and none of our own words can contradict or add to what he has said there.

You can't mess about with God: he will also judge all those who claim to speak in his name. They have forgotten that they're only human.

Published in: Evangelical Focus - Finish Line - Remember you are only human